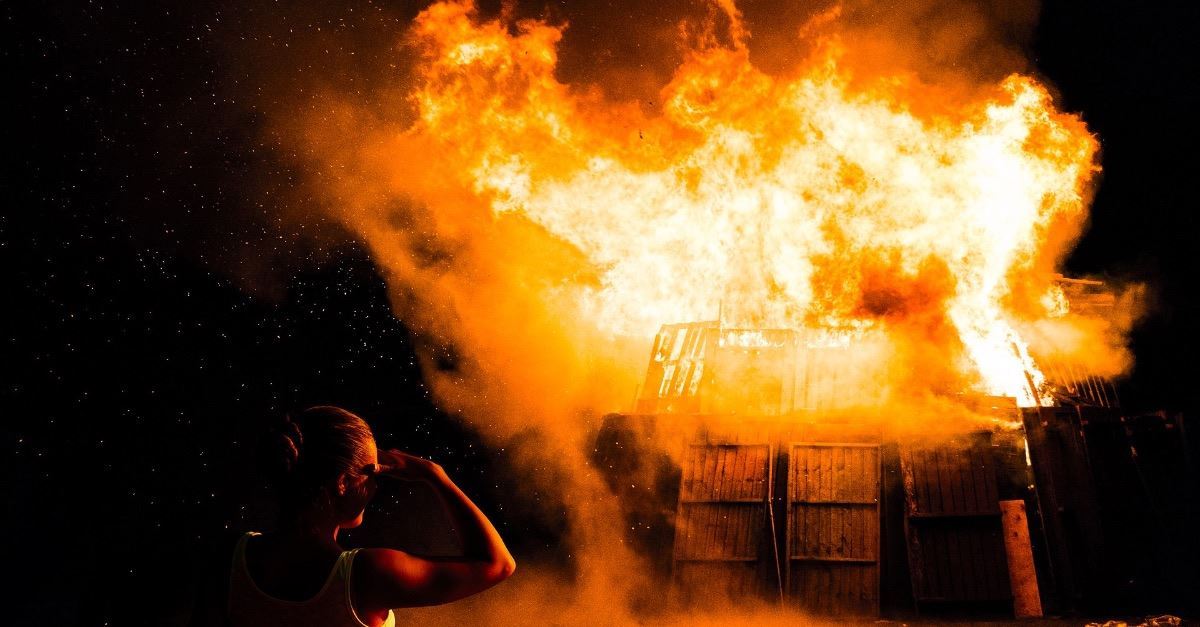 A Texas man’s personal Bible survived a fire that destroyed his home, and he is calling it an example of God’s faithfulness.

Charles House of Tyler, Texas, was living in a tiny home when it caught fire Friday morning. Firefighters were called around 4:30 a.m., according to KLTV.

“I looked up and my whole bedroom was on fire,” House said. “All I could do was just jump up and run out the house.”

He was saving for a larger place and had converted a storage building into the tiny home.

House said he nearly passed out trying to escape.

“It’s fortunate I got myself out of there," House told the television station. “It’s a blessing; I can’t stop saying that because it’s a blessing. Thank God.”

But one thing was left: his Bible. As he walked through the rubble, KLTV reported, House spotted an unscathed book surrounded by charred items.

“He said His Word would not perish, and the Bible did not burn,” House said. “It was scorched but it did not burn. That Man’s word is real.”

House added, “You can take it away, but you can never stop His word. I’m a witness to that right now. Seeing that Bible, in the middle of that fire ... it didn’t burn that Bible.”

The fire was caused by hazardous wiring, according to the fire marshal’s office.

House is disabled. He launched a GoFundMe page to try and find another place to live. Learn more here.