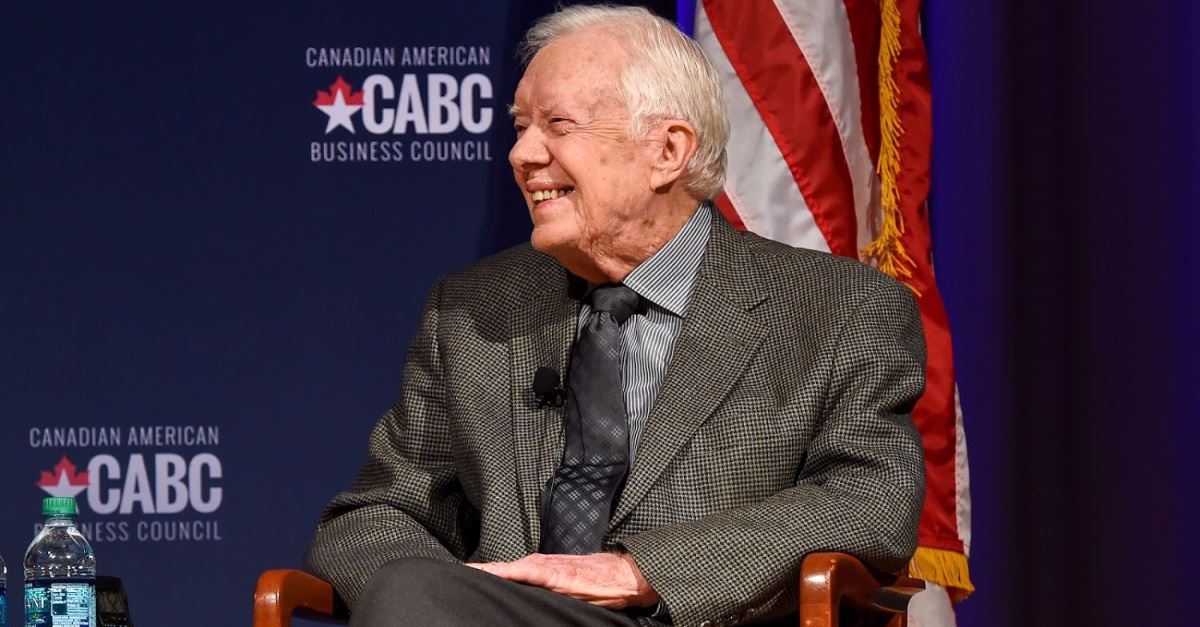 A prominent author and professor of American history says he believes many Democrats are pro-life and affirm the views of former Democratic President Jimmy Carter but are afraid to speak out.

John Fea, professor of American history at Messiah College in Grantham, Pa., and author of multiple books, wrote on his blog April 3 that there “are a lot of pro-life Democrats out there who would agree with Carter.”

“I never have believed that Jesus Christ would approve of abortions and that was one of the problems I had when I was president having to uphold Roe v. Wade, and I did everything I could to minimize the need for abortions,” Carter said in 2012 on The Laura Ingraham radio show. LifeNews first reported the comments.

“I made it easy to adopt children, for instance, who were unwanted and also initiated the program called Women and Infant Children or WIC program, that’s still in existence now. But except for the times when a mother’s life is in danger or when a pregnancy is caused by rape or incest I would certainly not or never have approved of any abortions.”

The Democratic Party, Carter said at the time, has gone too far on abortion rights.

“I’ve signed a public letter calling for the Democratic Party at the next convention to espouse my position on abortion which is to minimize the need, requirement for abortion and limit it only to women whose life are in danger or who are pregnant as a result of rape or incest,” Carter said then. “I think if the Democratic Party would adopt that policy, that would be acceptable to a lot of people who are now estranged from our party because of the abortion issue.”

Fea, who speaks at colleges and has appeared on CNN, C-SPAN and National Public Radio, said there are four reasons many pro-life Democrats are afraid of making their voice heard:

“They do not want to be ostracized by the Democratic Party.

“They are afraid that if they defend the unborn they will be accused of not caring about women’s rights. (This, I believe, is a false dichotomy).

“They do not want to be associated with the divisive and unhelpful ‘baby-killing’ culture war rhetoric of the Right.

“They do not endorse the Christian Right/GOP playbook that teaches the only way to reduce abortions is to overturn Roe. v. Wade.”

Fea’s latest book is Believe Me: The Evangelical Road to Donald Trump.

Is the Bible Silent on Abortion?