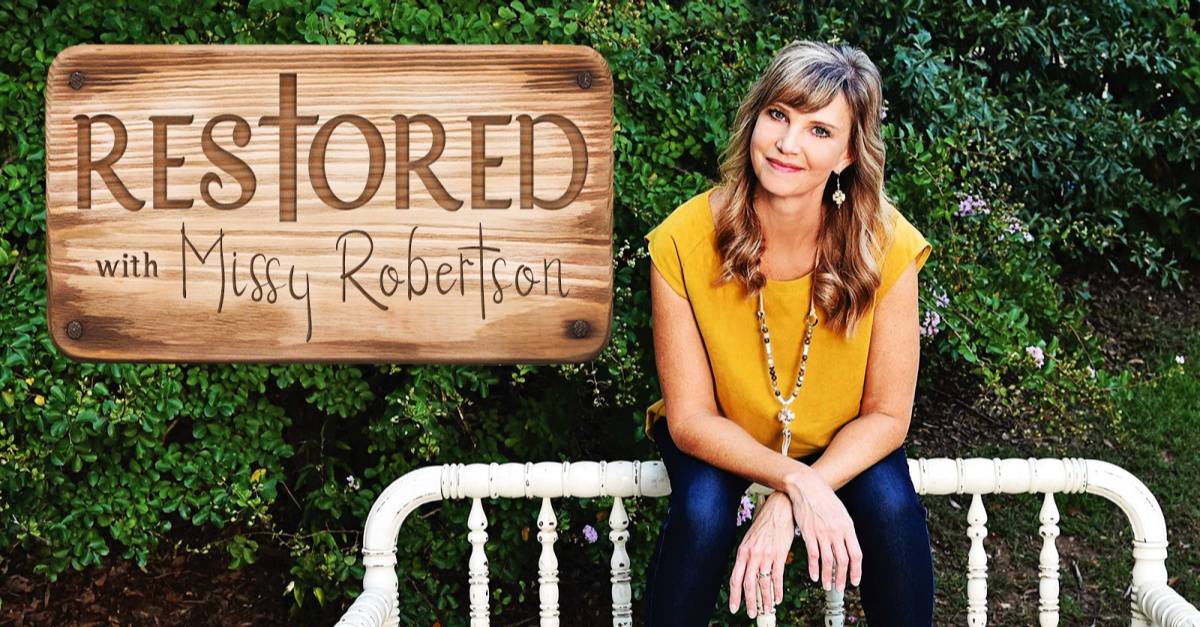 A new television series by a former star of Duck Dynasty is a departure from the nutty antics seen on that popular show, although it contains a faith-centric message that’s far more significant.

In the Pureflix.com series Restored, former Duck Dynasty star Missy Robertson interviews women who came from rough backgrounds but found hope when given a second chance in life – with their faith in Christ and with a new job.

The grace-filled series includes stories about women who formerly were addicted to drugs and/or were in prison. One woman also was involved in prostitution.

Each woman now works at Robertson’s jewelry company, Laminin, which employs people from all walks of life – including those who might not have been hired at some companies.

“We’re all given second chances,” Robertson told Christian Headlines. “Those who have embraced Jesus as our Lord, He gives us a second chance every single day. So who am I to say, ‘You’re not worth that second chance with me?’ I ask it of my Savior every day. … We’re all flawed.”

Often, she said, the women grew up being told by their mothers and other family members, “You’re not good enough. You're never gonna find a man.” They walk into Laminin with low self-esteem, looking for hope.

“My heart breaks when I hear these women tell stories like this,” Robertson said.

In hiring them, Robertson’s goal is to let them know, “You don't have to continue in this mindset. You can be redeemed, you can be restored.’”

“And a lot of it is just through the tangible work environment of making, creating and designing and putting together these beautiful pieces of jewelry,” Robertson said.

By working and becoming an employee valuable to the company, the women learn, “I am worth something.”

One of the episodes includes an interview with Kay Robertson – “Miss Kay” on Duck Dynasty – who recounts her husband Phil’s battle with alcoholism and the rocky early years of their marriage.

“She even says he was the worst heathen she's ever known,” Missy Robertson told Christian Headlines. “But she's able to share how she got through that [and] why she forgave him. Look at all of the fruit of that relationship – the fruit of that forgiveness. I think the ultimate goal of this series is to understand that we all need to be forgiven, that we all need second chances.”