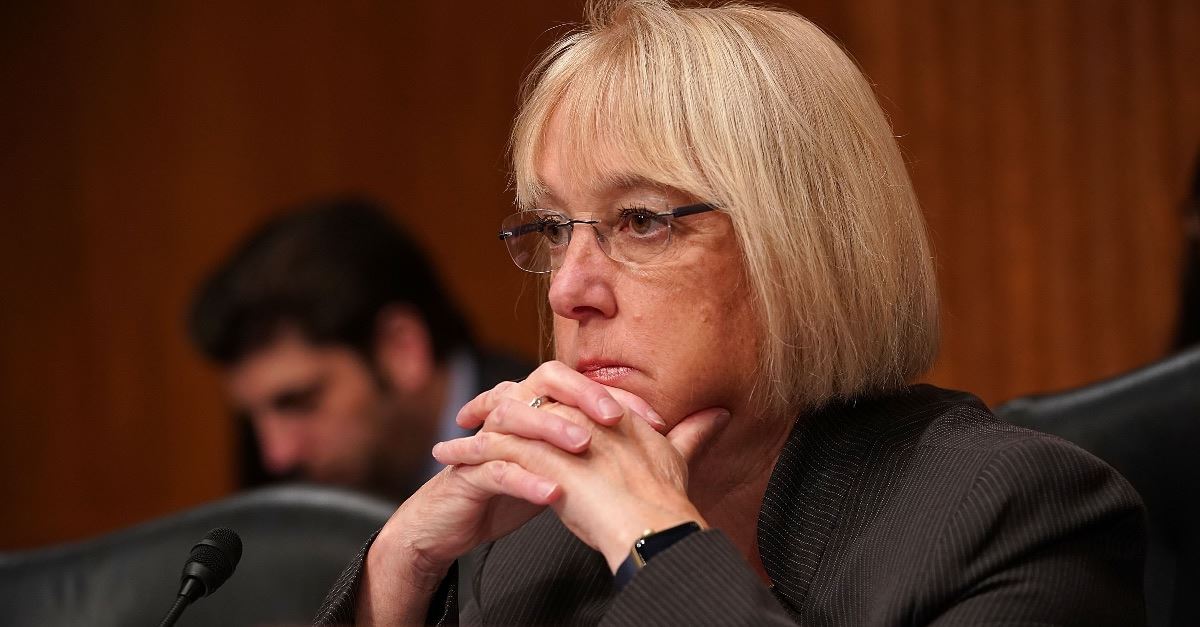 Democrats blocked a Senate bill Monday that would have required doctors to keep alive any baby that survives an abortion and “immediately” transport and admit it to the hospital.

The bill was sponsored by Republican Sen Ben Sasse (Neb.), who requested “unanimous consent” for passage – an action that allows any one senator to block it. Democratic Sen. Patty Murray (Wash.) spoke up and objected, saying laws already existed to prohibit infanticide. She also said Sasse had misinterpreted the bill.

The bill, known as the Born-Alive Abortion Survivors Protection Act, applies only to cases “of an abortion or attempted abortion that results in a child born alive,” according to the text.

The bill further requires that the child born alive be “immediately transported and admitted to a hospital.”

Doctors, and not mothers, would be charged if a violation occurs. The bill builds on the Born-alive Infants Protection Act, which President Bush signedin 2002. That earlier bill gave protections to babies who survive abortion, yet it used vague language to make it passable by unanimous consent. The 2002 bill, for example, said nothing about requiring a baby who survives abortion be taken to the hospital. The word “abortion” was mentioned in the bill only once.

“This isn’t about a clumps of cells. This is fourth-trimester abortion,” Sasse said during a floor speech. “...There are only two sides of the debate on the floor tonight: you’re either for babies or you’re defending infanticide.”

Sasse said he was inspired to bring the bill to the floor after hearing Virginia Gov. Ralph Northam, a Democrat, apparently endorse infanticidewhen discussing a bill protecting third-trimester abortion. That bill became controversial when its sponsor acknowledged it would allow abortion during delivery.

Senators, Sasse said, were being given an opportunity to “unanimously say the most basic thing imaginable – and that is that it’s wrong to kill a little newborn baby.”

“Every Senator will have the opportunity to stand for human dignity – to stand for the belief that, in this country, all of us are created equal,” he said. “Because if that equality means anything, surely it means that infanticide is wrong.”

Referencing Scripture, Sasse said, “It’s a simple idea that every human being is an image bearer, even the weakest and the most marginalized among us are no less human, and every one of us has a moral obligation to defend the defenseless.”

After Sasse asked for unanimous consent, Murray rose to spoke.

“We have laws against infanticide in this country,” Murray said. “This is a gross misinterpretation of the actual language of the bill that is being asked to be considered, and therefore I object.”

The bill can be read here.

“That Senate Democrats would block a bill to protect a baby who survives an abortion speaks volumes,” Rubio said. “Supporting a newborn’s right to life should not be a partisan issue. Unfortunately, Senate Democrats, like their colleagues in Virginia and New York, seem to have no issue publicly supporting legal infanticide. It is clear that, on the issue of life, extremism has become mainstream in the Democratic Party.”

Brit Hume, senior political analyst for Fox News, tweeted, “They claim the bill bans nothing not already banned. That would make it harmless, no? So why block it?”