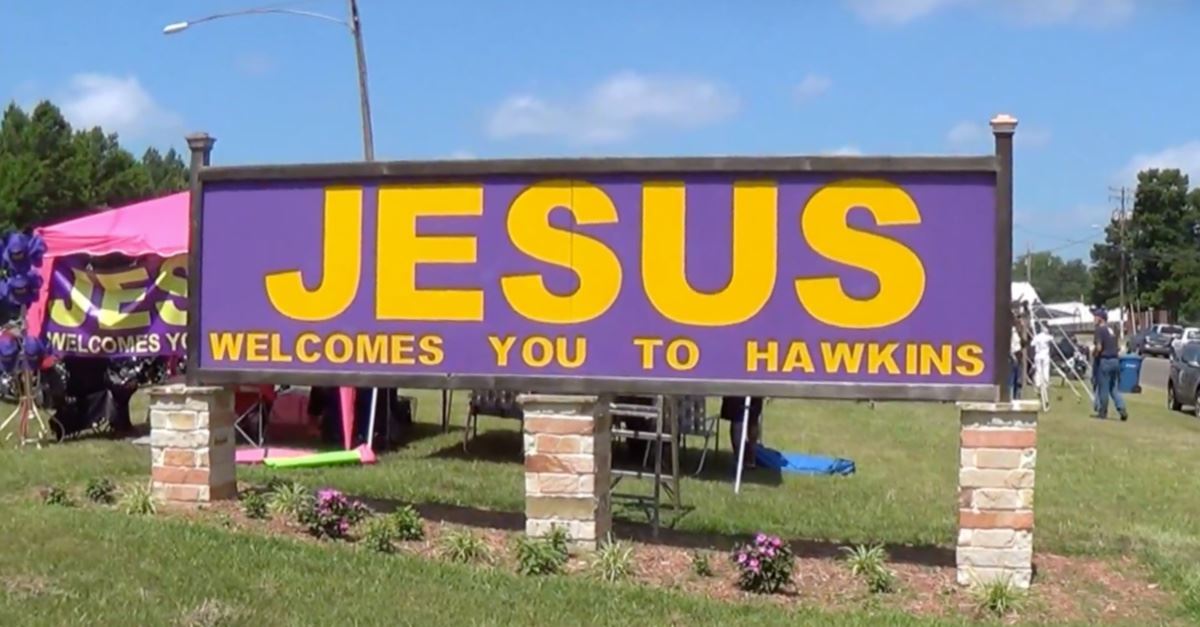 Employees of a small Texas town removed a prominent church sign on Friday that read “Jesus Welcomes You to Hawkins” in what was the latest chapter in a multi-year legal saga.

The sign along U.S. 80 stood on land that members of Jesus Christ Open Altar Church said the congregation owned. Officials with Hawkins, Texas, though, said the city had an easement to build on the site, according to the Longview News-Journal.

The town is planning on building a street on the property.

“The city employees destroyed our church property, pulled up our crosses and destroyed everything,” church trustee Mark McDonald told the newspaper.

The sign was removed at night so that church members -- who often guarded the site -- wouldn’t try and stop the city’s workers.

“We’re treating it like a hate crime of religious discrimination that was conspired by the city. We have enough documents to prove that,” McDonald added. “The city was warned [Thursday] by our attorneys not to touch it and not to bother it. There’s been closed meetings, closed records [and] a lot of things wrong.”

A county court ruled in the city’s favor, and an appeals court upheld the decision in 2017, according to the News-Journal.

Police Chief Manfred Gilow said the Texas Department of Transportation forbids any signs that would obstruct drivers’ view within 50 feet of an intersection.

“It was a Jesus sign, but it would have been any sign,” Gilow told the newspaper. “It has nothing to do with it. As chief of police here, we’re just here to keep the peace, and we just respond.”

Said McDonald: “I’ve got eight open records violations alleged against the city. They were in full knowledge that they were violating the law.”