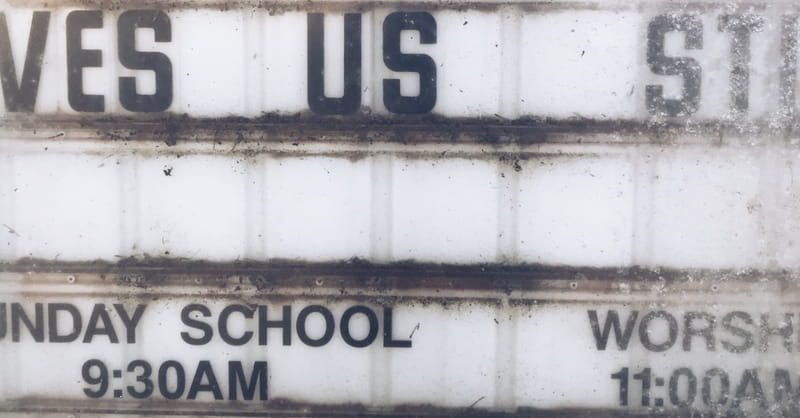 A small church posting a Bible verse on an outdoor sign led to a debate on social media – and even media coverage from a local television station.

Bethlehem Church in Yorktown, Va., posted, “Wives submit to your husbands as to the Lord” on its outdoor sign, quoting Ephesians 5:22. The sign also mentioned service times and the church phone number.

WTVR, the CBS affiliate in Richmond, Va., covered the sign in its newscast, calling it controversial.

“I’m very bothered that it is on a main road where anyone can see it,” resident Heather Gauthier told the station.

Said another person, Nan Harrington, “It makes me sad that it repels people because God’s Word is not meant to repel.”

Readers on the TV station’s Facebook page launched into a debate over Scripture.

Nancy Thompson exclaimed, “Husbands, when you have your role figured out: ‘Love your wife as Christ loved the church’ (He spent His life serving the church and ultimately died for her), be gentle with us as the (physically) weaker sex, provider, protector, spiritual head of the household and having the primary responsibility for raising the children, I'll be happy to discuss the role of the Christian wife. It's a 2 part relationship, one won't work without the other.”

Rose Swage wrote, “God's Word IS His Word ... instead of getting upset, read His Words, Study His Words for understanding.”

Jennifer Roberts, another reader, sarcastically wrote, “What?!?! A CHURCH posted a verse from the BIBLE! What were they thinking?”