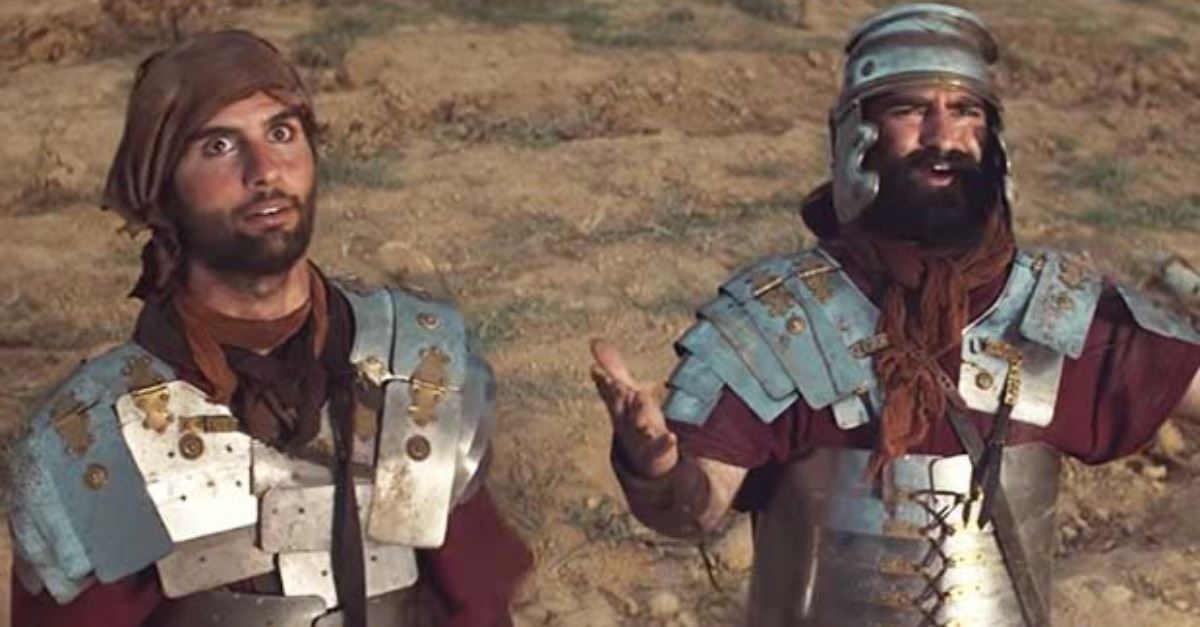 A film company and a charitable organization are under fire for an Australian television ad that depicts two Roman soldiers asking Jesus if he’d like to donate his organs. At the end of the ad, they pose for a selfie.

The television ad for the pro-organ donation Dying to Life initiative shows Jesus hanging on the cross, with two soldiers at his feet.

“Have you thought about maybe becoming an organ donor?” one soldier asks.

“Is this really the best time to bring this up?” Jesus responds.

The other soldier answers, “Your organs could save the lives of up to six people.”

Jesus responds with a smile, “Obviously, I would do it. I’m Jesus.”

The soldiers ask him if he’s gone online and signed the organ donor registry. When it becomes obvious he has not done so, the soldiers raise a smartphone to his hand – nailed to the cross – so he can press a button and give permission.

They then tell Jesus that his family also must agree to the organ donation. The soldiers present Mary and Joseph, who give approval.

The two-minute ad ends with the soldiers getting selfies with a smiling Jesus.

Ad director Richard Bullock said he chose Jesus as the subject for the ad because he “wanted to deliberately provoke a conversation in homes around the subject.” The creative agency Revolver made the ad.

“I thought it would be amusing and relevant to find that the nicest and kindest man who ever lived – Jesus – wasn't aware that his organ donor status was no longer on his license,” Bullock said, according to the London website Premier. “… In the end Jesus donating his organs is exactly what I think Jesus WOULD do.”

But many believe the ad crossed the line.

“Creating controversy is always good for marketing, but blasphemously mocking the beliefs of people who would otherwise support your cause is a stupid strategy,” a man named Laurence (@AusPlatypus) wrote on Dying to Life’s Twitter feed. “We'll turn the other cheek. But I'll give you one tip – don't make an ad featuring Mohammed, that might not end well.”

Creating controversy is always good for marketing, but blasphemously mocking the beliefs of people who would otherwise support your cause is a stupid strategy. We'll turn the other cheek. But I'll give you one tip - don't make an ad featuring Mohammed, that might not end well.

Another person, Rob (@RK7487), wrote, “I support organ donation. I don’t [support] mocking life and sacrifice as a means to bring awareness. Where is your honour?”

I support organ donation. I don’t supporting mocking life and sacrifice as a means to bring awareness. Where is your honour?