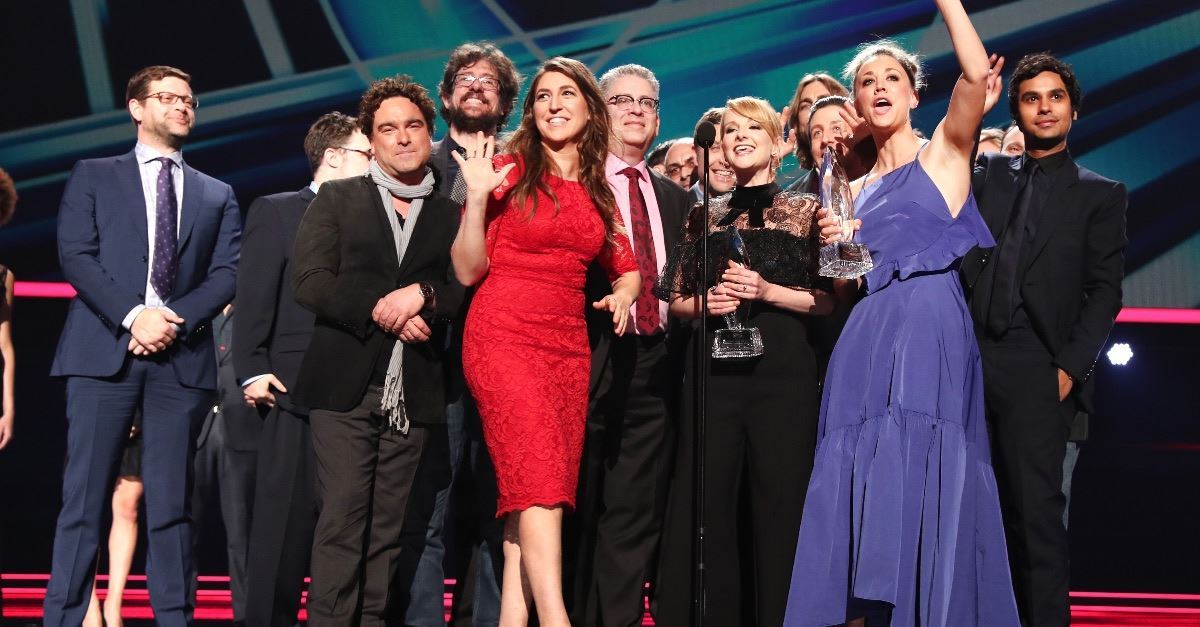 Viewers of the Oct. 25 episode of CBS’ The Big Bang Theory got more than just a comedy show. If they stay tuned until the very end, they also saw a prayer ridiculing President Trump and asking for God’s blessings on Democrats.

Although neither political party nor Trump’s name were mentioned, the message was obvious.

According to Newsbusters, the message stayed on screen for three seconds after the credits in what is called the vanity card.

“God, (I call you that even though I suspect thou art well beyond names and words and might actually be some sort of ineffable quantum situation), I humbly beseech thee to make thy presence known on November 6th,” it read. “Demonstrate your omnipotence through us as we make ink marks on little circles in curtained booths. Of course if you, in your divine wisdom, believe a fascist, hate-filled, fear-mongering, demagogic, truth-shattering, autocratic golf cheater is what we need right now, then, you know, thy will be done. But if thou art inclined to more freedom, more love, more compassion, and just more of the good stuff thou hath been promoting in our hearts or our parietal lobes -- either one, doesn’t really matter - I submissively ask that thy encourage voter turnout in that general direction.”

It then added, “Also God, please help Bob Mueller. Guide him and make him strong, brave, wise and true. And yes, I know there must be thousands of guys named Bob Mueller, so why not help them all, just to be on the safe side. Amen.

“Oh, almost forgot, remind those who collaborate with the darkness that thou art the light, and the light is not above whipping out a little Old Testament wrath. Amen again.”

The top of the prayer read, “Chuck Lorre Productions, #598,” a reference to Chuck Lorre, the show’s creator.

It is not the first time the show has included an anti-Trump message following the credits, according to Newsbusters. A message prior to the 2016 election mocked the Make America Great Again slogan as “a bumper sticker for victimhood.” The show has criticized Trump at least three other times.