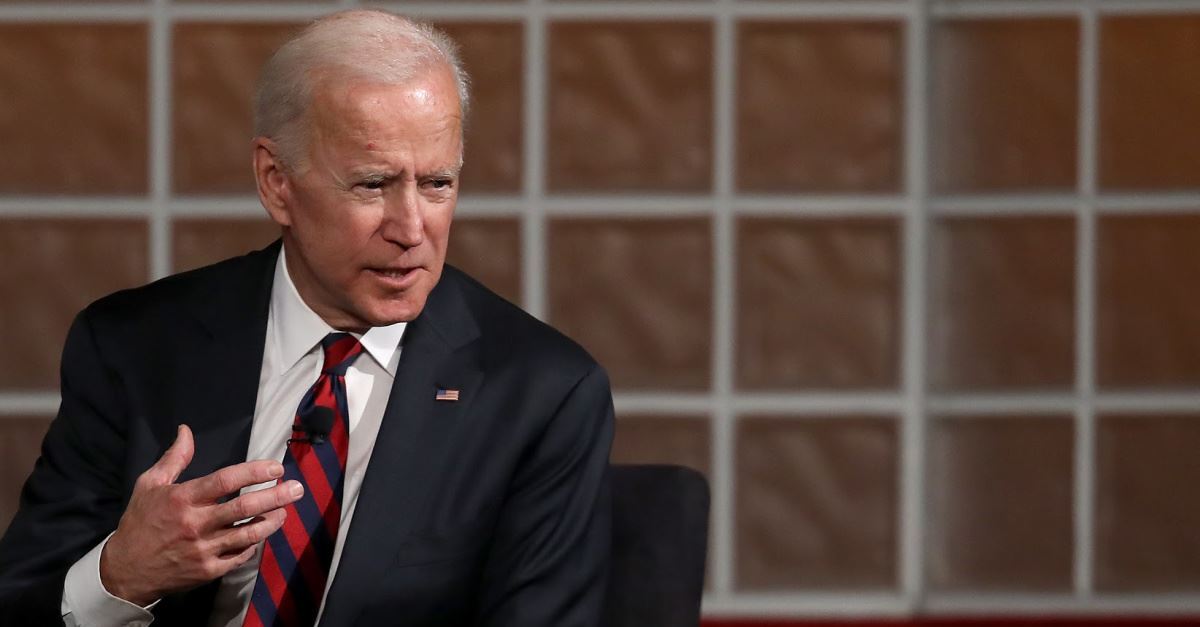 Joe Biden’s opposition to taxpayer-funded abortion is becoming a major issue in the race for the Democratic presidential nomination, with every other major contender pledging to overturn a pro-life policy dating back four decades.

At issue is the Hyde Amendment, a 1977 legislation provision that prohibits federal funds be used to fund abortions, including within Medicaid. The current version includes exceptions for rape, incest and to save the mother’s life.

Biden, who is Catholic, supports the 1973 Roe v. Wade decision that legalized abortion. This year, he labeled state laws restricting abortion “pernicious” and “wrong.” But as a senator he voted for the Hyde Amendment. His campaign confirmed to NBC News this month that his position has not changed.

“No woman's access to reproductive health care should be based on how much money she has. We must repeal the Hyde Amendment,” U.S. Sen. Kamala Harris tweeted.

U.S. Sen. Beto O'Rourke wrote on Twitter: “No matter your income or where you live, every woman should have access to health care including abortion.”

U.S. Sen. Kirsten Gillibrand tweeted: “Repealing the Hyde Amendment is critical so that low-income women in particular can have access to the reproductive care they need and deserve. Reproductive rights are human rights, period. They should be nonnegotiable (sic) for all Democrats.”

A 2016 survey showed 58 percent of voters supported the Hyde Amendment.

Democrats are concerned about other comments and votes by Biden.

“Those of us who are opposed to abortions should not be compelled to pay for them,” he wrote to constituents in 1994, according to NBC News.

In 1986, he told a Catholic publication that “abortion is wrong from the moment of conception.”

“I think medical science is moving the frontier back so that by the year 2000 we’re going to have more and more pressure, and rightfully so in my view, of moving back further and further the circumstances under which an abortion can be had,” Biden said.

In 2007 he told NBC’s Meet the Press he supports Roe and that “there is a sliding scale relating to viability of a fetus” in law.

He repeated this week his support for Roe, telling a crowd it is “the law of the land” and “a woman has a right to choose.”

His campaign left the door open for his position on the Hyde Amendment to change.

“He has not at this point changed his position on the Hyde Amendment,” the campaign said, according to CNN. “... But given the current draconian attempts to limit access to abortion, if avenues for women to access their protected rights under Roe v. Wade are closed, he would be open to repeal."