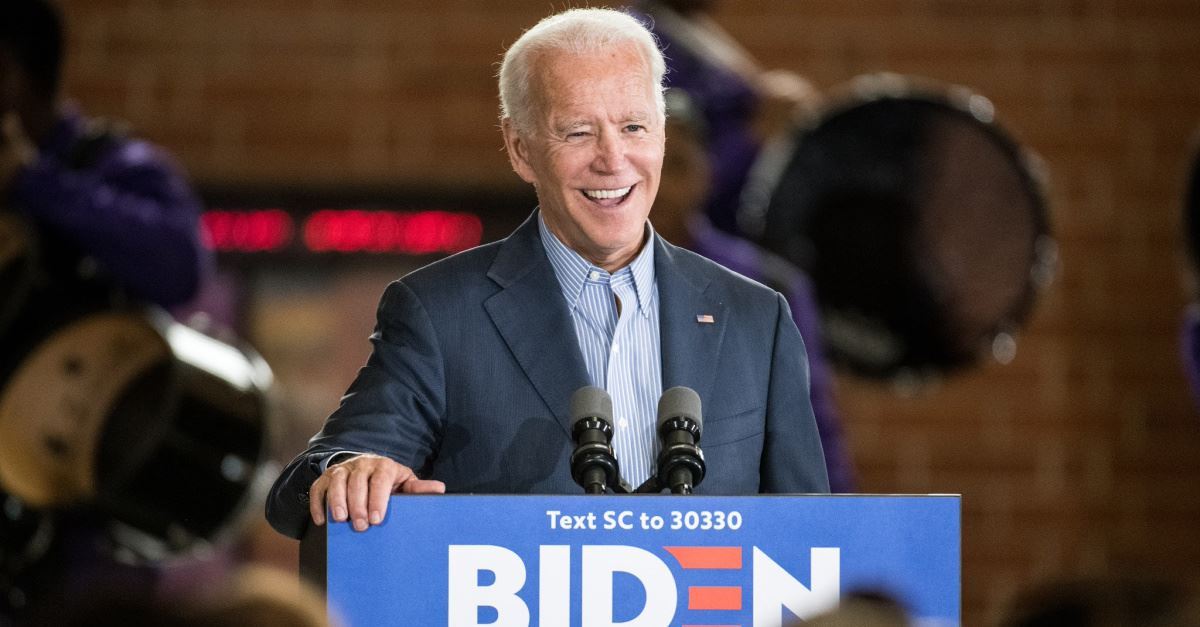 The pastor of a South Carolina church refused Sunday to give communion to Democratic presidential candidate Joe Biden due to his support for legal abortion.

Biden, who is Catholic, was campaigning in South Carolina when he stopped Sunday morning at St. Anthony Catholic Church in Florence, S.C.

“Sadly, this past Sunday, I had to refuse Holy Communion to Former Vice President Joe Biden,” Morey said, according to WPDE in Florence. “Holy Communion signifies we are one with God, each other and the Church. Our actions should reflect that. Any public figure who advocates for abortion places himself or herself outside of Church teaching. As a priest, it is my responsibility to minister to those souls entrusted to my care, and I must do so even in the most difficult situations. I will keep Mr. Biden in my prayers.”

During a Democratic debate in mid-October, Biden pledged to ensure abortion remains legal, even if the Supreme Court were to overturn Roe v. Wade.

“I would make sure that … we codify Roe v. Wade,” Biden said. “The public is already there. Things have changed. … Reproductive rights are a constitutional right. And, in fact, every woman should have that right.”

Then-Cardinal Joseph Ratzinger – who later became Pope Benedict XVI – wrote a memorandum to U.S. Catholic bishops in 2004, explaining what they should do when a Catholic politician who supports abortion rights presents himself or herself for communion, Catholic News Agency reported.

A politician “consistently campaigning and voting for permissive abortion and euthanasia laws” would constitute “formal cooperation” in grave sin, the letter said. Ratzinger was referencing Canon 915 of the Code of Canon Law, which states that “those who have been excommunicated or interdicted after the imposition or declaration of the penalty and others obstinately persevering in manifest grave sin are not to be admitted to holy communion.”

“[The] Pastor should meet with him,” Ratzinger wrote, “instructing him about the Church’s teaching, informing him that he is not to present himself for Holy Communion until he brings to an end the objective situation of sin, and warning him that he will otherwise be denied the Eucharist.”

If the politician refuses to change, Ratzinger wrote, then the “minister of Holy Communion must refuse to distribute it.”

South Carolina will host the first primary in the South Feb. 29.