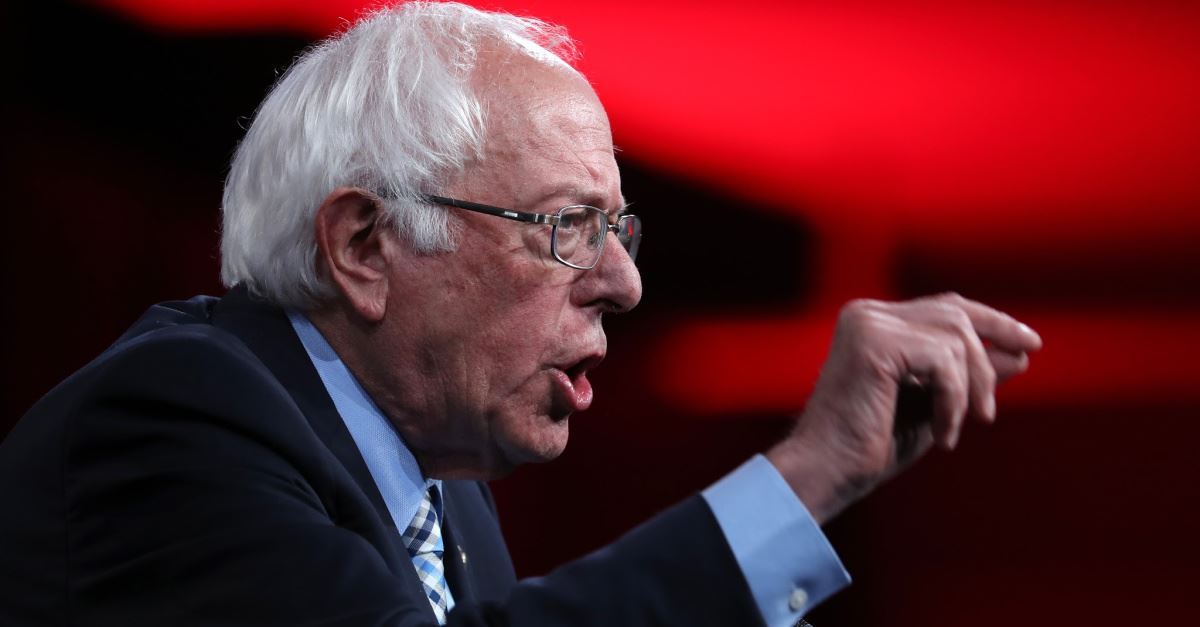 Democratic presidential candidate Bernie Sanders endorsed abortion to curb population growth during a town hall Wednesday, saying it’s a solution that would work “especially in poor countries” around the world.

Sanders and nine other Democrats took part in a CNN town hall on the climate, but it was Sanders’ comment about abortion that sparked the most pushback from pro-lifers.

A woman from the audience said in her question to the Vermont senator: “Human population growth has more than doubled in the past 50 years. The planet cannot sustain this growth. I realize this is a poisonous topic for politicians, but it's crucial to face. Empowering women and educating everyone on the need to curb population growth seems a reasonable campaign to enact.

She then asked: “Would you be courageous enough to discuss this issue and make it a key feature of a plan to address climate catastrophe?”

“The answer is yes,” Sanders responded. “And the answer has everything to do with the fact that women in the United States of America, by the way, have a right to control their own bodies. And the Mexico City agreement, which denies American aid to those organizations around the world ... that allow women to have abortions, or even get involved in birth control, to me is totally absurd.

“So I think especially in poor countries around the world,” he continued, “where women do not necessarily want to have large numbers of babies, and where they can have the opportunity through birth control to control the number of kids they have [is] something I very, very strongly support.”

The Mexico City policy prevents international family planning organizations from receiving federal money unless they pledge not to perform or counsel for abortions.

.@AZachParkinson and he thinks control of population growth should occur in developing countries, thus targeting babies because they are poor. @nrlc https://t.co/NFyYWj2yud

“What do ‘women in poor countries around the world’ need, according to @BernieSanders? Not healthcare, clean water, education, infrastructure or jobs,” Rose wrote. “Send them birth control & abortions, because their children are the problem, not poverty. Leftist elitism is disgusting.”

What do “women in poor countries around the world” need, according to @BernieSanders?

Send them birth control & abortions, because their children are the problem, not poverty