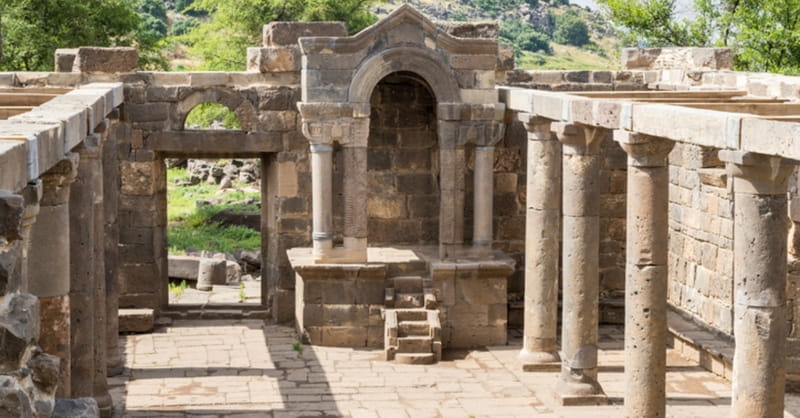 Archaeologists in Israel say they’ve uncovered the entrance gate to Zer, a biblical city from the Old Testament they say was later known as Bethsaida in the New Testament.

The find in the Golan Heights area was made in the past two weeks and was announced Sunday by the Golan Regional Council, according to The Jerusalem Post. Zer is mentioned in Joshua 19:35 as one of the fortified cities for the people of Naphtali, one of the 12 tribes of Israel. The verse reads: “The fortified cities are Ziddim, Zer, Hammath, Rakkath, Chinnereth …”

Archaeologists say Zer was known as Bethsaida in the New Testament. Bethsaida is where Jesus healed a blind man (Mark 8) and fed the 5,000 (Luke 9). It also is where Andrew, Peter and Philip were from (John 1:44).

The gate find was made by about 20 archaeologists working with Hebrew Union College, The Post reported. Rami Arav, director of the Bethsaida Project, is helping lead the effort.

“There are not many gates in this country from this period. Bethsaida was the name of the city during the Second Temple period, but during the First Temple period it was the city of Zer,” Arav said.

Tourists have been visiting the Bethsaida region for years to see a location Jesus performed miracles. Avi Lieberman, director of the park where Bethsaida is located, said he hopes the new discovery will help draw even more tourists.

“The staff at the Jordan Park and the Golan Tourism are happy for the tens of thousands of visitors who visit the park every day,” Lieberman said. “The wonderful park is also an impressive archaeological site. I amazed each time by the arrival of thousands of evangelical visitors to Bethsaida. I am confident that the latest discoveries will bring more visitors to the park from around the world and from Israel.”