7 Things You Should Know about Beautifully Broken 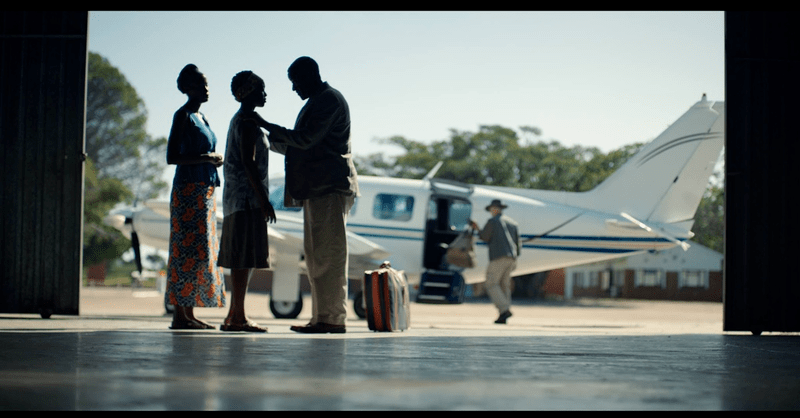 7 Things You Should Know about Beautifully Broken

William is a member of the Tutsi – a minority people group in Rwanda -- and he’s on the run. The year is 1994, and militia from the Hutu major government are roaming the countryside, killing as many Tutsi as they can find.

If he is caught, he will be slaughtered.

Then he is given a lifeline. The United States will accept him as a refugee, although his wife and daughter will be forced to stay behind at a camp until he gets settled. It’s not a perfect solution, but it’s their best hope. Will they survive long enough to be reunited?

The faith-based film Beautifully Broken (PG-13) opens this weekend, telling the story of how the lives of three families intersected in a marvelous example of God’s sovereignty.

Once he’s in America, William meets a Christian businessman named Randy who also has a daughter and whose family life is crumbling. Though worlds apart in their upbringing, the two men encourage one another and even open an outreach center for other refugees.

Here are seven things you should know about the film:

1. It’s based on a true story.The movie’s backdrop is the Rwandan Genocide, which resulted in the killing of more than 800,000 Tutsi and moderate Hutus in 100 days. But the specifics of the film – a man named William flying to Nashville, Tenn., and meeting Randy – are also true. All the main characters are based on real people in real life.

2. It gives a balanced view of the controversy. I remember the Rwandan Genocide and the debate over whether the U.S. should get involved, but many moviegoers won’t. Back then, lots of Americans assumed that all Hutus were bad. The movie, though, shows a Hutu family trying to remain at peace with both sides. “The Tutsis that we know are like us Hutus – good, hard-working people,” a Hutu mother tells her family. Hutu-on-Hutu violence was common.

3. It features several musical artists. Michael W. Smith plays Randy’s pastor, Henry. The film shows Toby Mac in concert and discussing the need to sponsor children in other countries – something that Randy’s daughter, Andrea, does in the film. Plumb’s song Beautifully Broken is part of the soundtrack, and she sings it with country artist John Berry and gospel artist CeCe Winans.

4. It has actors from ‘Toy Story 3’ and ‘24.’ Remember the little girl who was given Andy’s toys at the end of Toy Story 3? The character, Bonnie, was voiced by Emily Hahn, who plays Andrea in Beautifully Broken. Randy is played by Scott William Winters, who was Agent Samuels in the television hit series 24 and also had roles in the Lethal Weapon TV series and Good Will Hunting. Benjamin A. Onyango (God’s Not Dead series) plays William. It was filmed in South Africa and Louisiana.

5. It spotlights forgiveness and reconciliation. I’m giving away the ending, but the final scenes put the power of the gospel on display when one person forgives another person for the Rwandan Genocide. As one character says: If everyone sought revenge with “an eye for an eye” theology, the whole world would be blind.

6. It contrasts American wealth with Rwandan poverty. William writes his wife and tells her of the many blessings in America. “So much food!” he says. We then see plates of food being tossed in the trashcan and down the sink. It can be convicting to watch. His favorite American food? A corndog (which he eats sideways, like corn on the cob).

7. It may not be for young children. It’s rated PG-13 for “mature thematic content involving violence and disturbing images, and some drug material.” It features no coarse language or sexuality but deals with several adult themes, including rape. We see a man put his hand over a teen girl’s mouth in a bathroom. The genocide angle includes scenes of men with guns and the implied hacking of people to death.