110-Year-Old Woman Credits God’s Blessing for Longevity: ‘He’s the One Keeping Me’ 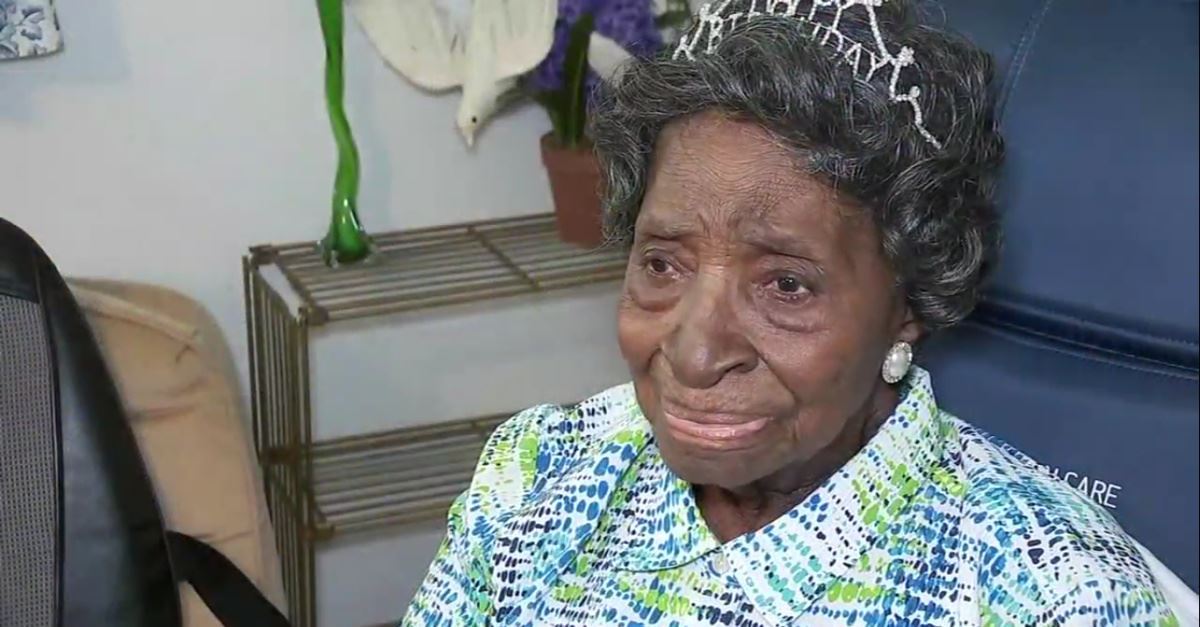 110-Year-Old Woman Credits God’s Blessing for Longevity: ‘He’s the One Keeping Me’

A Texas woman who celebrated her 110th birthday Saturday isn’t crediting diet or genes for her long life, instead, she is giving all of the credit to God.

“Blessing of the Lord. He's the one keeping me. That's why I'm living,", Elizabeth Francis told ABC 13 in Houston.

Francis was born in Louisiana in 1909. That year, William Howard Taft was president. Wilbur and Orville Wright had flown their famous plane just six years earlier. World War I had not yet started. Civil War veterans were still alive.

In 1909, the life expectancy of a woman in America was only 54 years old. Francis defied those odds for yet another year, as she celebrated her 110thbirthday this Saturday.

For her birthday this year, Francis celebrated surrounded by family, friends, community leaders and balloons. She even wore a “Happy Birthday” crown.

Among the community leaders joining the Francis Family in celebration of Elizabeth was Houston Mayor Sylvester Turner.

Louisiana born and Houston, Texas resident, Francis has enjoyed six generations of family members. According to ABC 13, the 110-year-old has remained mentally sharp and is “relatively healthy.”

"It’s really special because she's been able to watch and see all of her grandchildren grow up and be a part of their lives," said Francis’ granddaughter Ethel Harrison.

ABC 13 reports that the Francis family described the birthday party as the perfect way to celebrate this next century of life the family’s matriarch is in.

According to Fox San Antonio, as of now, the oldest known living person is named Kane Tanaka. Tanaka is 116 years old and is currently living in Japan.