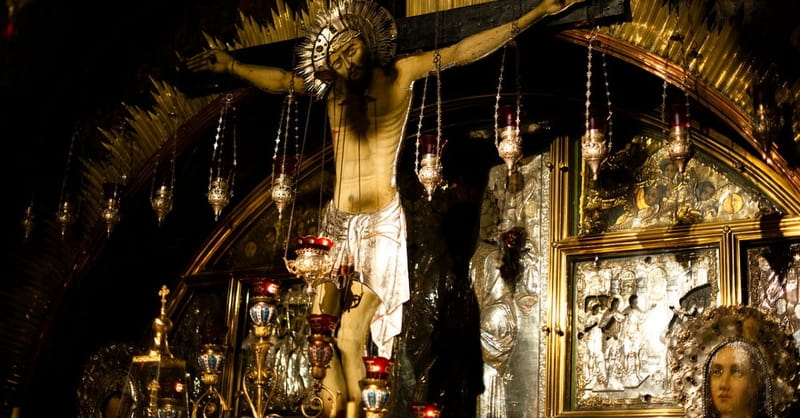 Through research that began in a 2016 reopening of the shrine surrounding Jesus' purported burial site in the Church of the Holy Sepulchre, scientific dating has identified what is probably Jesus’ tomb.

According to Baptist Press, Old Testament and archaeology professor at New Orleans Baptist Theological Seminary Daniel Warner believes Jesus’ tomb can be identified with some amount of certainty:

“Warner noted the site of Jesus' tomb cannot be pinpointed with certainty, but he said the "circumstantial" evidence is strong for the Church of the Holy Sepulchre as opposed to the so-called Garden Tomb, an alternate proposed site of Christ's burial.”

“Independent analyses by two labs released Nov. 28 by National Geographic confirmed that mortar between the slab and the tomb dates to around A.D. 345, approximately the same time Roman records indicate the tomb was enshrined to mark it as Christ's burial site,” the Baptist Press reported just days ago.

Professor Antonia Moropoulou, chief scientific supervisor from the National Technical University of Athens, did not think the mortar being tested from the town would date that far back. "When we opened the tomb and saw this broken grey slab with an engraved cross we didn't know from which era it was,” the restoration director told Reuters.

This search was widely inspired by historical accounts from 325-326AD, of the first Christian converted Emperor, Constantine, and his mother discovering the tomb in Jerusalem under a temple built to the Roman goddess Venus. Skepticism over the ancient date of the findings was raised due to the destruction of the structure around 1009 by Muslim invaders.

“While it is archaeologically impossible to say that the tomb is the burial site of an individual Jew known as Jesus of Nazareth, who according to New Testament accounts was crucified in Jerusalem in 30 or 33, new dating results put the original construction of today's tomb complex securely in the time of Constantine, Rome's first Christian emperor,” National Geographic reported this week.

These recent findings survived centuries of tearing down and rebuilding. According to TruNews.com, “Before the Edicule was constructed, Constantine had ordered that the pagan shrine above it be destroyed, and the tomb opened so that the public could view it. It has drawn Christian pilgrims to Jerusalem over the following 17 centuries.”

It will continue to draw debate and study for those seeking to name this the definitive place of Christ’s burial after crucifixion.