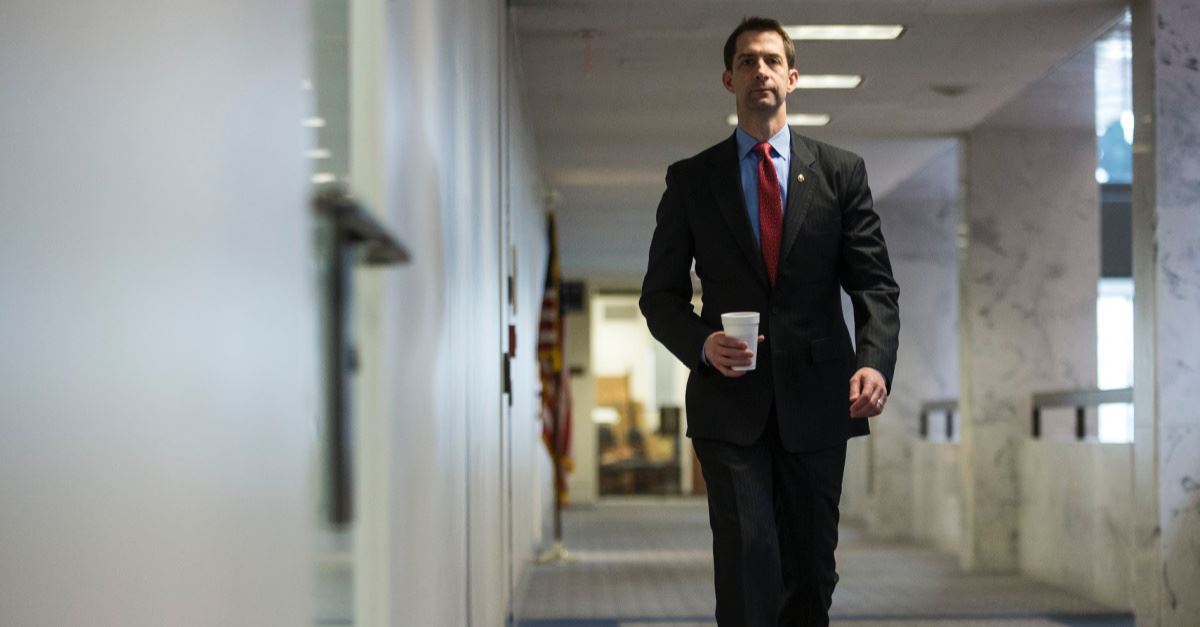 From the beginning of the conversation, two things are clear about Arkansas Senator Tom Cotton: his focus and his mission. As soon as he starts talking, it’s clear that he loves America and is ready to talk about his love for his state and the joy of serving.

Even with his two boys in the background playing quietly, Cotton remains resolute and focused on our conversation.

It’s early in the morning, but you can tell that he has already been on the phone for a few hours already. Like most senators, his day is filled with demands from his constituents whom he speaks fondly of.

At the top of the agenda is the flooding in Arkansas, which he mentions first; his state is ready to help those communities dealing with the aftermath. Cotton is quick to point out that disasters like the flooding in his home state reveal that Americans are not as divided as what's being portrayed by the media. He notes that one of the characteristics that makes Arkansas (and America) great is a willingness to come together: "As Americans, we always help our neighbors when they are in need." You can hear his love for his country in his soft, baritone voice when he calls it the "greatest place to live."

When asked about the perceived division in the country, Cotton expresses a firm belief that Christians can play a role in bridging the gap and bringing unity. Although he doesn’t try to excuse any of President Trump’s behavior unsettling the Christian community, he does feel that Christians need to understand that "we didn't elect a Sunday School teacher; we elected a commander in chief."

Cotton has been one of Trump’s enthusiastic supporters and states that "I'm pleased and satisfied with the progress the president is making."

When asked about the Mueller report and impeachment accusations brought up by the democrats, Cotton stands by the president: "I'm puzzled by what the democrats are trying to do; there is just nothing there." He does not believe that the president engaged in collusion, and, with the resolve and focus that permeates every fiber of his being, repeats, "As a member of the intelligence committee, there is nothing there."

Cotton has served two tours of duty in Iraq and Afghanistan, experiencing what he calls the best leadership training he could have received anywhere.

Between combat duties, he served in Arlington National Cemetery and was a part of the Old Guard. You can tell by the way Cotton speaks of the cemetery that it’s something he remembers fondly. He even wrote a book titled Sacred Duty, which gives a history of the men and women who have served there. There is no doubt that although he may have left military life behind, there are certain aspects of that life that he still carries with him.