Pastor T.D. Jakes Shares Why Periods of Pressure Can Lead to Spiritual Growth 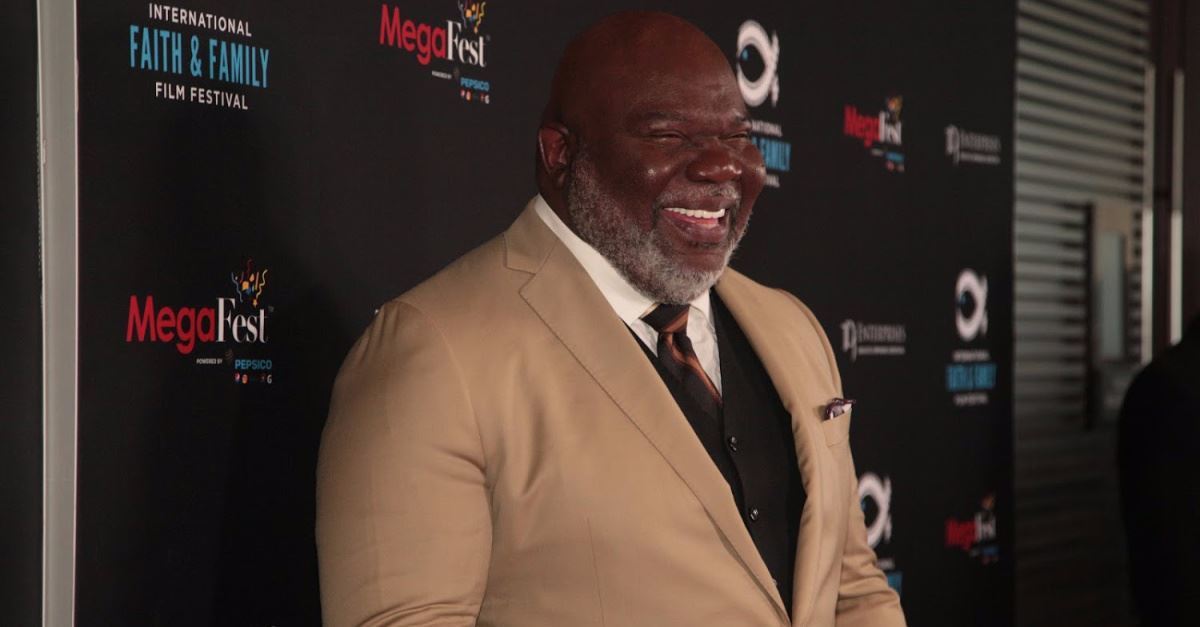 Pastor T.D. Jakes Shares Why Periods of Pressure Can Lead to Spiritual Growth

As soon as T.D. Jakes extends his first “Hello,” you better get ready because you're in for a rare opportunity to hear a message from the man Time Magazine dubbed "America's Pastor."

The Bishop, as he is called, is clear that some of the best things that come from life are being crushed and pressured into what God designed you to be.

Jakes has lived an exciting life, he's a megachurch pastor, author and a successful film director, to name a few of his feats. Despite his many accomplishments, Jakes often reflects on his humble beginnings in West Virginia.

For a season of his life, before ministry, Jakes was a ditch digger and a failure at starting his own business.

Even after Jakes decided to answer the call to ministry on his heart, the road ahead of him would not be easy. Jakes shared that he wouldn’t get the chance to preach for seven years after he decided to pursue ministry.

Jakes did let this time go to waste, however, and during this period he would write handfuls of sermons – many of which he would end up using later in life.

In an interview with Jakes, he shared that this season of waiting is what led to the creation of his Potter's House Church.

Jakes also shared that this time in his life showed him that in the times when it feels like God is pressuring and crushing us, God is actually teaching us how to succinctly listen to what He is saying.

In his best-selling book Crushing, Jakes explores why we should not feel fear or anxiety about being crushed. In fact, Jakes argues that we should welcome it.

In an interview with Christian Headlines, Jakes highlighted the importance of both, allowing God to be the Judge of your life and allowing Him to work out His plan for you.

When asked about the highs and lows of his ministry Jakes admitted that while other’s may see him as a larger than life character, he is no different than other pastors. Jakes emphasized that he, like all others, is not immune to the pressures of life.

Jakes – a father of five – provided an example from his book of how the pressures of the world have affected his life. In Crushing, the pastor penned the story of how his daughter Sarah, who was 13 at the time, told him that she was pregnant.

Jakes said, "Most people want the promise and not the process." It’s the process, Jakes argues, however, where we see some of God's greatest treasures for our life.

Jakes also emphasized that he is concerned with others about the desires of some to enter into ministry to become famous rather than effective.

He said, "When God called me into ministry my desire was to be effective, not famous."

"Many people think that when they get to a certain status of success that life's problems will cease. That’s just not true."

When asked why he felt it necessary to be so authentic in his latest book, he responded, "I thought it would encourage people to hold on.”

The sentiment of “holding on” is at the nucleus of Jakes encouraging ministry.