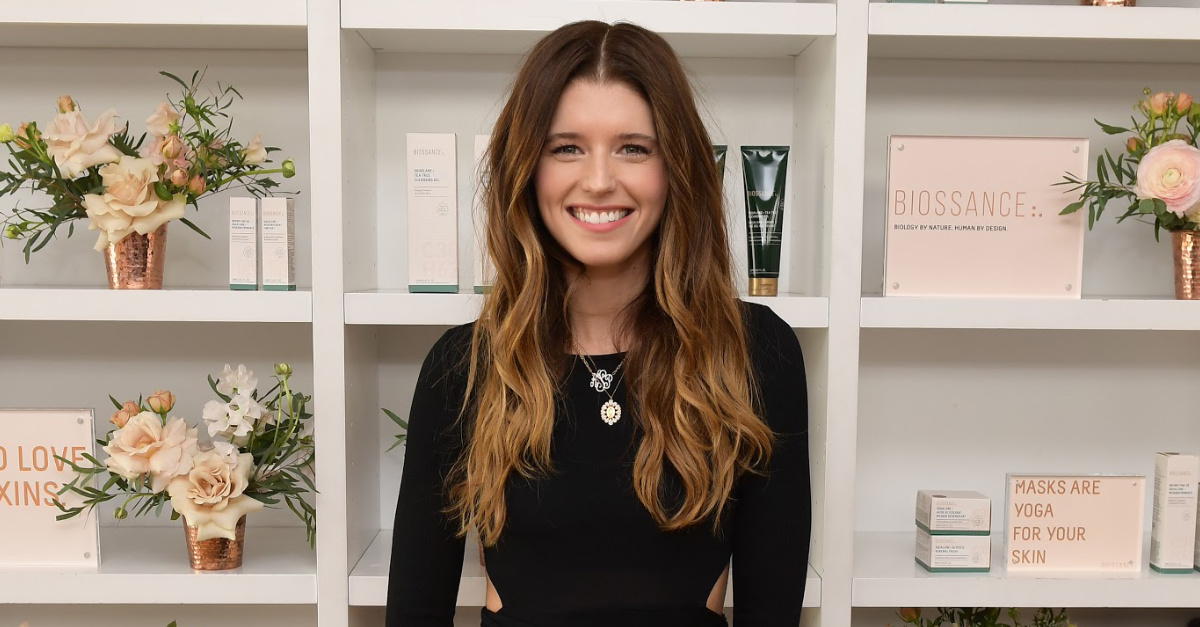 There is a curious familiarity felt from Katherine Schwarzenegger Pratt’s first hello, her comfortable presence made me feel as though I’d known her for quite some time. For someone with her storied family tree, this is even more of a special character trait. She comes from what some might consider, American royalty. You see, Katherine is the daughter of former California Governor Arnold Schwarzenegger and journalist Maria Shriver, the great-niece of Former President John F. Kennedy, and the grandchild of grandparents who founded the Peace Corps and the Special Olympics. Oh, and she is also the wife of film and television actor, Chris Pratt. But she is quiet about all of that and makes it known that she is simply one of us.

However, when it comes to the subject of forgiveness, she’s not quite at all—both her need to receive it as well as offer it to others. She shares, "I struggle with forgiveness, which is why I’ve become a student of forgiveness." As a result, Katherine has authored three books, the newest of which is entitled The Gift of Forgiveness, a book that she clearly enjoyed writing and leaning into its subject matter. "Writing a book on forgiveness is something that was therapeutic for me." And you experience this when talking with Katherine. It feels as though you’re talking to a counselor and friend. Which is one of the things that Katherine hopes people see in her -- that she’s a friend.

When writing The Gift of Forgiveness, the now New York Times best-seller, Katherine is clear that she didn't just want to just share her journey and struggle with forgiveness, she wanted to include the stories of others as well. Throughout the book, readers are introduced to different people. Some familiar, some not. This includes author and activist Elizabeth Smart’s struggle to forgive her kidnappers to many closer-to-home stories of everyday people.

The Gift of Forgiveness has 22 real-life stories of people and shares how they came to choose forgiveness. When asked if it was a challenge to ask people to share their stories, Katherine lights up as she shares the advice that her mother gave her. "My mom told me that the worst thing that can come out of it is that someone would tell me, no, and there were people who did tell me no."

Although the main theme of the book is forgiveness, she makes it clear that true forgiveness should be accompanied by faith. Katherine is a Christ-Follower and isn't ashamed of her faith, a fact that is echoed throughout the book. "Faith is a big part of my life and is something that has helped bring me through in life."

Although she and Chris don't currently have children, the topic of forgiveness is something that Katherine has put thought towards for conversation with any future kids that may come into their lives. When it comes to children she shares, "I want my children, to be able to understand ‘sorry’ versus forgiveness. And how to acknowledge the hurt that they have caused others."

Katherine believes that when we have a clear understanding of what forgiveness is, we can learn to embrace it, and offer it to others who have hurt us. "My grandparents played a huge role in modeling forgiveness,” she shared, highlighting that she is not only championing the dialogue about forgiveness but also demonstrating that it can be done.

"We're not alone in this journey of life and I want people to know that life can feel lonely sometimes." And forgiveness is a key component to togetherness.

Although Katherine is an actor and author, there were moments during our conversation that I felt like I was talking to a professional minister of the Gospel. It is clear that Katherine feels as though she is on a mission to allow people to open up to the gift of forgiveness, so they can know it’s a gift to receive for their own life. "My faith is something bigger than me. And sharing my story throughout the book did at times made me nervous, however, my friend, producer Devon Franklin, told me that if you're not nervous, it’s not worth writing about."

For Katherine, although she comes from a historic family lineage and is married to one of Hollywood’s top actors, she is grounded in what keeps her stable. It is not the things of this world. She is committed to letting people know that her faith not only matters greatly to her and directs decisions within her life, but it is something that she wants others to see, read about, and embrace for themselves.