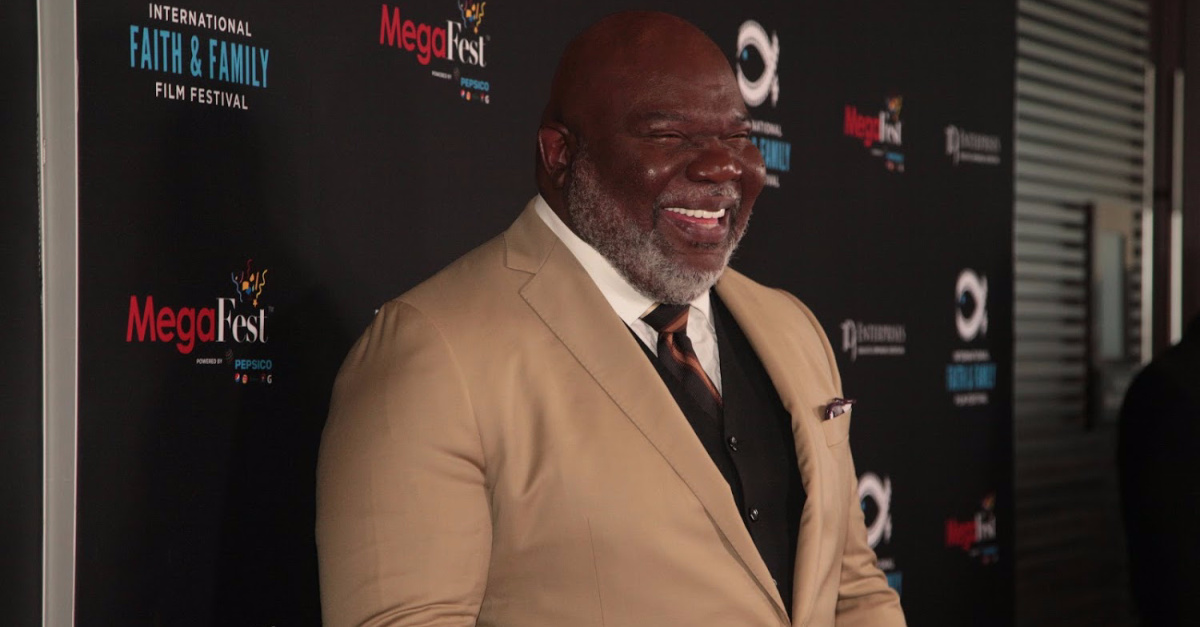 It’s a typical Friday afternoon and as soon as Bishop Jakes starts talking it becomes clear that not only does he have something to say, but that one better sit back and get ready to take notes.

In a culture and world that's so uncertain, Bishop Jakes's voice is what's needed. Although Friday for most people is a down day, for Jakes its anything but.

Jakes has taken on a new assignment to create the STEAM Academy, a branch of his T.D. Jakes foundation, to meet the needs of kids and adults who have been left behind. "I want to be that bridge in helping people," Jakes told Christian Headlines in an interview.

When asked, why he decided to take on leading a foundation that requires raising millions of dollars from corporations, Jakes asserted that he's on a mission for God.

"Eighty percent of the jobs in future America will involve science, technology, engineering, arts, and math (STEAM). I want to make sure that we are bridging that gap in helping people get the jobs that they need in the future," Jakes shared.

If numbers are any indicator, the foundation is headed in the right direction. According to the bishop, last week, 5,000 kids participated in the STEAM online camp.

But, for Jakes, it is not just about the number of kids enrolled in the program, it is also about the impact the program is having on the kids.

"I've been involved in this type of work for years, since my days of doing prison ministry. I just decided to put administration and organization behind it," Jakes told CH.

Jakes shared that he also wants to use the foundation as a tool to help him and others foster relationships with people and ultimately share Christ with them.

"I'm concerned that we aren't building relationships with people," he shared.

Jakes believes that we need to do a better job reaching outside of our box to get to know people who may not believe or act the way that we do.

Jakes believes that if the foundation is going to work, it is going to take relationships to make it happen.

Just like any good preacher, Jakes wants it to be known that our relationship with Jesus must be at the center of everything we do.

"When Jesus said, go into all the world. I don't think he meant just by camel, he meant to go into all systems of the world to make a difference."

Jakes, wants it to be known that, as Christ-followers, we have to answer the call and minister to culture. Jakes believes that culture needs our light now more than ever.

Even when it comes to issues of race, Jakes is clear and concerned that we haven't progressed enough as a nation by now.

"We are one human family. If you don't believe it asks COVID-19," the Bishop asserted.

Just as the conversation started, Jakes is clear that we have been called as Christ-followers to leave the world better than we found it.

"I want to leave something important enough behind, that I decided to put my name on it and that I used the platform that He gave me. Jesus called us to go into all the world, not all of the churches but the world."