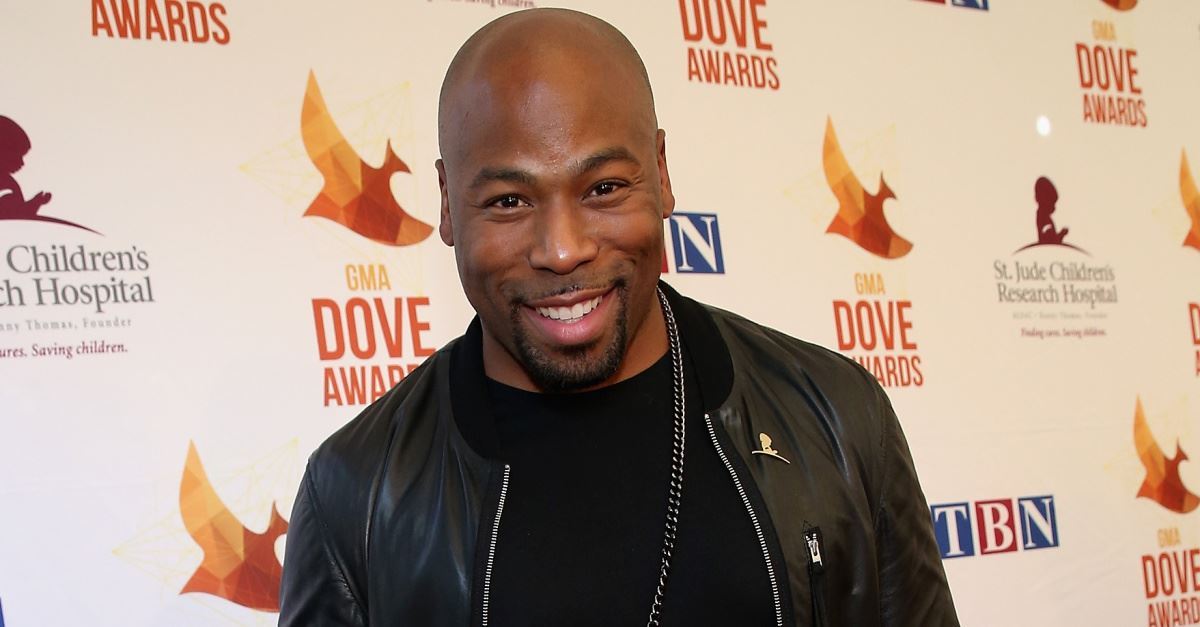 It’s early on the west coast, and you can tell in Anthony Evans’ voice that he’s got something exciting to talk about. This becomes even more evident when you hear him mention his dad's name—Dr. Tony Evans.

It is clear right away that Evans loves his father and wants to be part of everything his father touches, including filmmaking. So, when his father approached him about being a part of his new Kingdom Man film (which releases in theaters this week), he didn’t hesitate to say yes.

Although Evans loves working with his dad, he remains intentional about the true purpose of the film. Growing up in a great home and being protected in many ways didn’t lessen his awareness of the crisis in our country. He knows that there’s a battle for the hearts and souls of men. This is why he believes in the Kingdom Man project.

When asked what a Kingdom Man is, he answers eagerly, like a kid in grade school jumping to answer a familiar question: "A Kingdom Man is someone who loves God and includes men of all shapes and colors, anyone who is willing to submit his life to God." Evans states that he’s seen his father exemplify that definition throughout the years.

Evans’ mom is facing the fight of her life right now with her latest cancer diagnosis but Evans shared that she is hanging in there saying, "My mom is beautiful and doing well."

Even in tough times like these, the singer-songwriter has confidence in his dad’s faith and consistency, which is what he believes men will see when they watch the movie. Evans told Christian Headlines that family was a central part of growing up in the Evans household, saying, “family was driven in our home along with the value of supporting each other."

Evans and his dad appear in the movie along with many influential Christian leaders including former NFL coach Tony Dungy and gospel recording artist Kirk Franklin.

Although Evans has seen different edits of the movie, he's decided to wait and view the final film with his friends. According to the Christian artist, "it’s not a second-rate film—it’s of high excellence and quality."

Although Evans is involved in many different projects, his heart, at the end of the day, is in singing—a path that his family believes God has called him to. Recently, Evans released a new single titled "Fighting for Us." The song was introduced to Evans a couple of weeks before his mother’s cancer diagnosis, and it truly resonated with him at the time. Little did he know that it was a song he would need personally, he stated.

The song helped him cement his claim that even in tough times, he will choose to believe and trust God in every circumstance—which at the end of the day is what being a Kingdom Man is all about for Evans and his father.

Tony Evans Shares Update on His Wife’s Cancer: 'We Believe We Can Trust Him' Even in the 'Most Difficult Storm'