Senate Chaplain Prays that God Will 'Restore the Souls' of U.S. Lawmakers 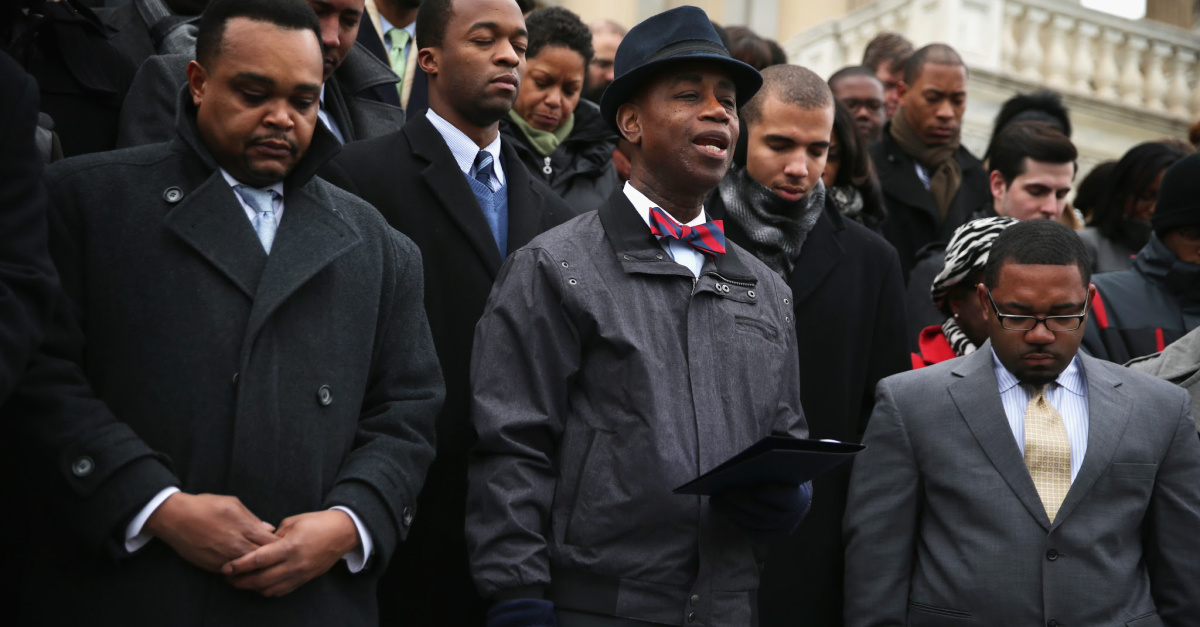 Senate Chaplain Prays that God Will 'Restore the Souls' of U.S. Lawmakers

As the House Judiciary Committee began debate Tuesday over whether to proceed with two Articles of Impeachment against President Donald Trump, the Senate’s chaplain asked God to “restore the souls” of lawmakers during his opening prayer for that chamber.

Chaplain Barry Black’s 90-second prayer, which included references to Psalm 23, was aired on C-SPAN and social media. He called for God’s wisdom during “this turbulent season.”

"Let us pray. Eternal Father, the center of our joy,” Black prayed. “Bless our lawmakers with the peace and wisdom needed to lead in our challenging world. Give them eyes to discern and understand the intricate complexity of this turbulent season. Lord, guide our senators to the right paths, lead them beside still waters, restore their souls.

"Let them lack nothing, for You can keep them whole. Overflow their cups with gentleness, care and understanding for the people they represent. Let them fear no evil and take courage in adversity for You continue to lead them with Your all-knowing right hand. We pray in Your everlasting name, Amen."

Although Black’s prayer alluded to a divided Congress, he said during a July panel discussion on political division, covered by the Christian Post, that he believes American disunity is not as great as media reports make it seem.

“I'm startled many times when I hear news people pontificating about how terrible things are,” Black told British journalist Rob Gifford, moderator of the “At the Table” discussion hosted by Ravi Zacharias International Ministries.

“And I'm [wondering], ‘Is this an alternative universe that I'm looking at?’ Because I know what bad looks like and this is not as bad as it's been.”

Black, the first African American and Seventh-day Adventist to hold the post, shared that a Democrat senator had recently lamented, “this is one of the most challenging times in the history of humanity.” The chaplain said he responded to the senator by saying that “slavery was pretty bad.”

Too often, Black told the gathering, “division is given a black eye.”

“The reality is that there has always been division,” the chaplain said. “Jesus, in His John 17 intercessory prayer, prays, ‘Father, make them one, as we are one.’ And when you look at some of the periods of division in the nation and what we've been able to overcome, you know, the question ‘Is hope possible?’ is almost rhetorical.”

He reminded the group that America’s history included canings, assassinations and town burnings.

“So yeah, I think we are very often hyperbolic and [claiming that] the sky is falling,” Black said.

Even in the midst of political division, Black said it’s important to remember Scripture.

"If you believe Romans 8:28—‘In everything God is working for the good of those who love Him, who are the called according to His purposes’—then division shouldn't bother you at all because God has used division," he said.

Black, 71 and a former rear admiral in the Navy, has served the U.S. Senate since 2003 with a constituency as large as a mega-church. In addition to serving as a spiritual adviser and counselor to 100 Senators, he also ministers to their families and senate staff, representing about 6,000 people.

Besides opening every Senate session with prayer, the chaplain’s duties include “meeting senators about spiritual and moral issues, assisting senators’ staffs with research on theological and biblical questions, teaching Senate Bible study groups, encouraging such groups as the weekly Senate Prayer Breakfast, and facilitating discussion and reflection small groups among senators and staff.”

In May, the Becket Fund for Religious Liberty named Black as its 2019 Canterbury Medalist for “his honorable defense of religious liberty for people of all faiths.” In selecting Black, Becket said the chaplain “sets the discourse for the day in one of the highest chambers in the nation, in turn setting the spiritual tone of the country.”

“There are those who would separate the soul of an individual from the actions they take,” Evangelist Alveda King said of Black during a tribute gala. “The chaplaincy, and Chaplain Black can be a bastion against this excessive separation. May Chaplain Black follow in the footsteps of Christ, while seeking human rights and civil rights as leaders like my uncle, Rev. Dr. Martin Luther King, Jr., did. May God bless Chaplain Black as he seeks the fostering of a well-developed conscience in the Senate.”