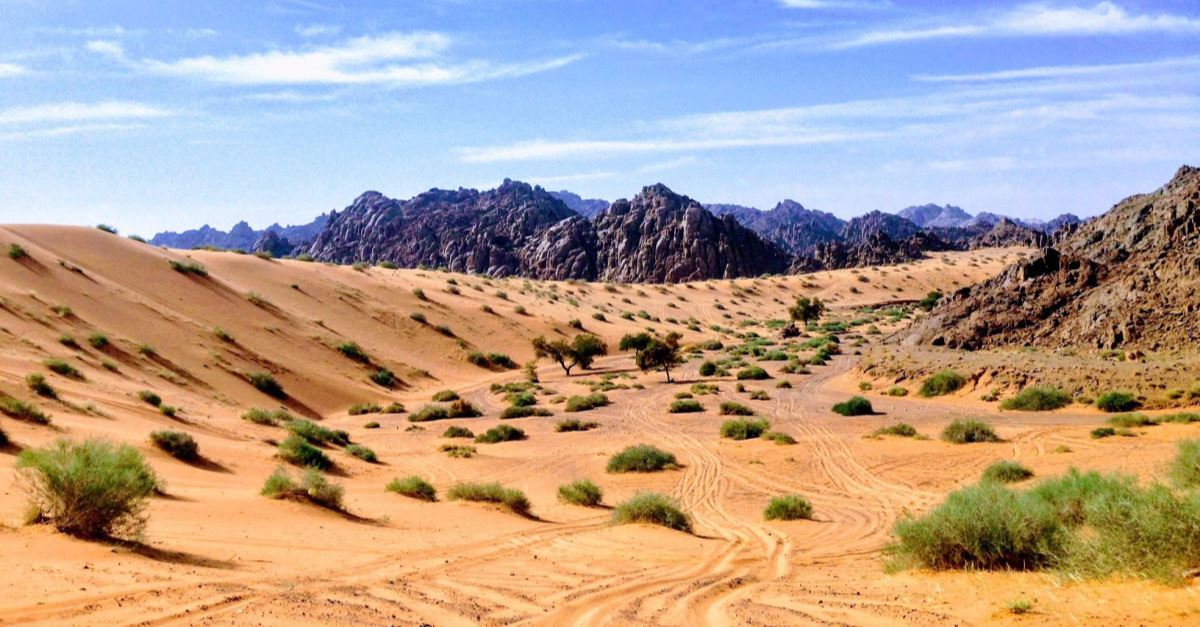 Bible scholars trying to retrace the route Moses took when he led the Israelites out of Egypt say they have found evidence that Mount Sinai is actually in eastern Saudi Arabia.

“What I found there was simply mind-blowing,” Mauro said. “I couldn’t believe that there was all this evidence for the Exodus and hardly anyone outside this region was aware of it.”

Although they are still piecing together a map and timeline, the researcher believes his theory is the most “plausible" route. It starts with the Israelites leaving Egypt through Cairo and crossing into the Sinai Peninsula.

Mauro said there is evidence that Moses split the sea at the Gulf of Aqaba, at a spot now known as Nuweiba beach. There, the crossing would be just eight miles wide and 33 meters (108 feet) deep. He believes they crossed into ancient Midian and stopped at Mount Sinai, which he claims is the peak of Jabal al-Lawz in Saudi Arabia. It was at Mount Sinai where God gave Moses the Ten Commandments on stone tablets.

"I'm fully convinced that the Israelites went into the ancient land of Midian when they fled slavery in Egypt," he told the British newspaper.

The theory that Jabal al-Lawz is the biblical Mount Sinai is not new and has been challenged by traditional academics, many of whom question the entire Exodus account and some go as far as to dismiss the existence of Moses. In its reporting of the DTRFfindings, CBN News reported that Mount Sinai is traditionally associated with Egypt's Sinai Peninsula and that St. Catherine Monastery was built over what is believed to be the site where God spoke to Moses in the burning bush.

”There is no credible historical, geographical, archaeological or biblical evidence for the thesis that Mount Sinai is at Jabal al-Lawz in Saudi Arabia,” said Creationist researcher Gordon Franz. James Karl Hoffmeier, a professor at Trinity Evangelical Divinity School, described “monumental blunders” as leading to the conclusion of the mountain being the one mentioned in the Bible.

Mauro, however, encourages skeptics to "keep an open mind," adding that "all the pieces fit." His team outlines their discoveries in a 25-minute documentary, “Finding the Mountain of Moses: The Real Mount Sinai in Saudi Arabia.”

“Perhaps these skeptics have doubted the historical account of the Exodus story because of a lack of evidence at the traditional site at St. Catherine’s, but what we have found appears to fit the ancient accounts,” the researcher said.

Among the evidence, he claims are inscriptions of what appear to be cows on Jabal al-Lawz, which matches up with the biblical story of the idol of the Golden Calf. The researcher said that ancient rock structures at the foot of the mountain could be the remains of the altars built by the Israelites.

He also points to Jabal al-Lawz’s blackened peak, which would match the story of Moses meeting God as he descended upon the mountain in a fire. The Daily Star Online reported, however, that its unclear if this blackening of the peak is a natural phenomenon or the result of the rocks being scorched by holy fire.

Additionally, Mauro said there is evidence of a large, ancient graveyard, which appears to match the massacre of the worshippers of the Golden Calf. The graveyard is part of a camp he believes to have been at the base of the mountain.

Near that site, Mauro believes his team has discovered the Rock of Horeb—which is said to be the Israelites’ final camp before moving onto Mount Sinai. The Old Testament chronicles how Moses struck a rock, causing it to split, spilling out water to quench the thirst of the Israelites. Mauro says they have found a large, seemingly water-eroded rock, sitting on a hill and split in two.

“The golden calf, the split rock, Moses’ altar, the Red Sea crossing site; all of these pieces need to fit, and they fit at this site in a way that no other site does,” he said. “These events really did happen. It doesn’t require belief in one of these faiths to accept the evidence.”