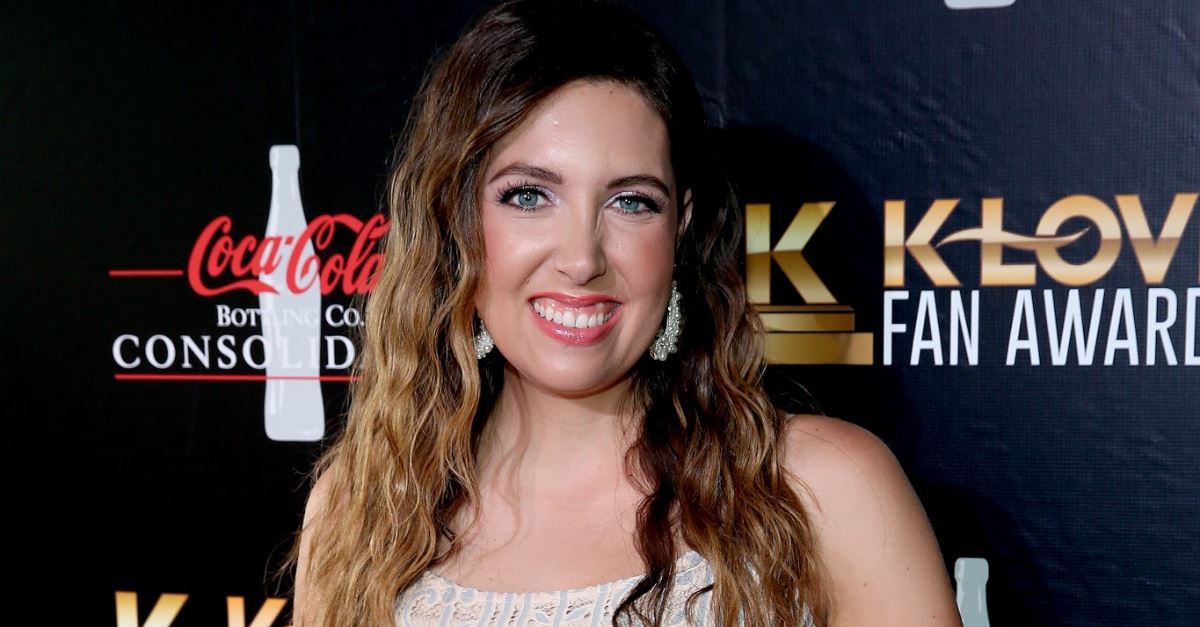 Grammy-award winner Francesca Battistelli and her husband, drummer Matthew Goodwin, are publicly thanking God after she faced surgery earlier this summer while 10-weeks pregnant. That’s when doctors discovered an existing ovarian cyst had grown to the size of a small grapefruit.

Battistelli, 34, shared details of her ordeal on Instagram, adding that God miraculously intervened. In the post, she said her husband – Matthew Goodwin – was traveling when she woke up in excruciating pain.

“I called my midwife who said to watch for a few things and report back,” the mother of four wrote in the Sept. 15 post. “I called my parents basically in tears from the pain in my lower abdomen. They came over and we waited it out for a couple of hours, but the pain got worse. We called my midwife again, and she sent us to the emergency room.”

By the time Battistelli arrived at the ER, however, the pain had disappeared.

She wrote, “I was grateful but confused. I knew I had a cyst on my right ovary, but no one had been concerned about it until now.”

Doctors found that the cyst – which would turn out to be 10cm in size, a size comparable to a small grapefruit – had twisted around her ovary and cut off the blood supply, causing the searing pain. By the time the Christian singer had reached the hospital, however, “it had twisted back, which is normal and why the pain suddenly stopped,” she wrote.

Battistelli said that by the time her husband arrived at the hospital, the on-call obstetrician was recommending surgery. They decided to take a couple of days to pray and seek counsel from their midwife and another trusted OB.

“He didn’t want to operate while I was pregnant, but he said this kind of cyst does not shrink or go away on its own — ‘it would have to be a miracle,’ he said—and it would possibly twist again and cause issues.”

Battistelli then had to wrestle with the decision of whether she should have surgery while she was pregnant or wait until after her baby was born.

“We talked and prayed and prayed and talked,” she wrote. “I asked so many dear friends for prayer for wisdom and for the cyst to disappear. After praying it through, we just didn’t have peace about doing the surgery now. We believed God could heal me!”

Several days passed when her Goodwin declared, “your belly looks smaller. That cyst is shrinking.”

“I smiled and prayed it was true,” her post continued. “Let’s just say he was convinced, and I was hopeful.”

Last week, Battistelli received confirmation that her husband’s hunch was correct. She said, “When we went in for our 20-week ultrasound. The sweet tech said, ‘we will take a look at that cyst while we’re here,’ and Matt said, ‘you won’t find it. It’s gone. We’ve been praying.”

According to the Christian Post, the nurse practitioner was surprised by what she discovered.

“This is just an inch long. It’s not even a cyst anymore. It’s gone!”

Battistelli concluded her post by saying they shared an on-the-spot worship moment.

“We all (my sweet midwife included) praised God and thanked Jesus right there in the ultrasound room! He did a miracle in my body, and this sweet tech (who is pregnant with her first baby) got to witness it!

“We are overwhelmed by the goodness and the BIGNESS of God, and we want the world to know that He still heals!!! My faith has been so strengthened by this, and I pray yours is too.” 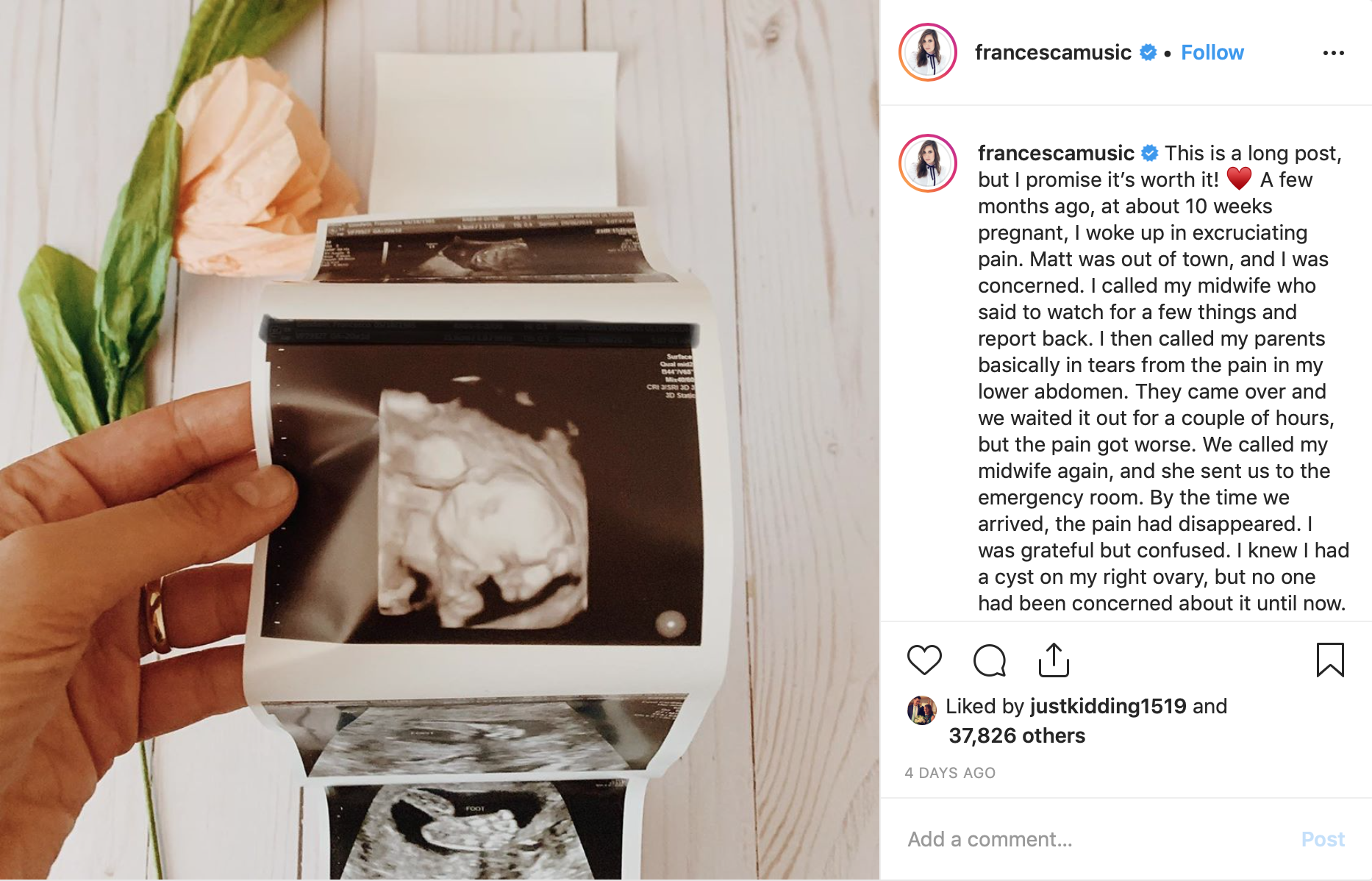 Battistelli announced she was pregnant with her fifth child during May’s K-Love Fan Awards and followed that up with a June 7 post on her Instagram account.