Temperatures Colder Than Mars Predicted for Parts of U.S. 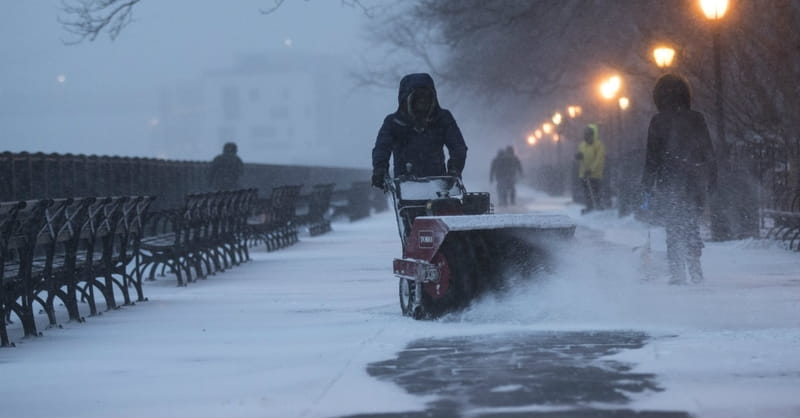 Temperatures Colder Than Mars Predicted for Parts of U.S.

According to a report from CNN this week, parts of the northeastern United States are predicted to become colder than the planet Mars, whose recent high temperature was negative 2 degrees Fahrenheit. Weather observer Taylor Regan, cited in the article, predicts that the temperature in parts of New Hampshire will drop below negative 30 early this weekend.

This winter of record lows in the east has also been one of record snowfalls in states that generally see little of the white stuff. Normally considered snow-free areas, parts of South Carolina, Georgia, and Florida have all had snowstorms in the past several days.

Although the intense snowfall across the eastern states has certainly brought its share of excitement to enthusiastic winter adventurers, the cold has also had its toll. According to CNN, officials say that at least 12 people have died in the past week from cold-related deaths. Half of the deaths were in Wisconsin. The others were in Texas, North Dakota, and Missouri. Two of the Texas deaths were homeless people who had no shelter against the freeze.

Troubling tales like the stories of these deaths remind me of “the least of these” that Christ speaks about in Matthew 25. Christians are called to serve the cold and the homeless. In verses 35 and 36, Christ says, “I was a stranger and you invited me in, I needed clothes and you clothed me.” He says later, “Truly I tell you, whatever you did for one of the least of these brothers and sisters of mine, you did for me” (Matthew 25:40).

This winter, in this season of record cold temperatures and surprise snowstorms, remember to keep an eye out for “the least of these” in your own community. By sharing your home or simply your blanket, you’ll be sharing the love of Christ with a fellow human who needs it as much as you do.

Leah Hickman is a 2017 graduate of Hillsdale College’s English program. She has written pieces for multiple Hillsdale College campus publications as well as for BreakPoint.org, ChristianAnswers.net/Spotlight, and the Discover Laura Blog. Read more by Leah at aworldofgrasspeople.blogspot.com