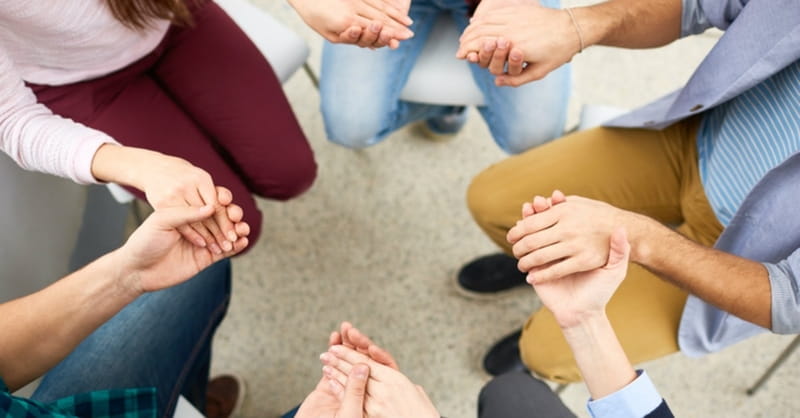 A picture posted on Facebook by a California journalist of a group of high schoolers has sparked unexpected controversy among social media users. The picture shows prom-ready high schoolers praying before a meal. The journalist received the photo from a proud mother who wanted to share a positive image of teens to help counteract some of the negative headlines about America’s young people. Echoing the mother’s praise, the journalist wrote, “[This scene] says a lot about young people these days. It’s REALLY nice to see.”

The picture and the positive remarks about the praying teens drew some highly negative and judgmental comments from Facebook users. Many of the commenters attacked the implied Christianity of the students in the photo. Some used the photo and the journalist’s praise of the students as a platform to complain about the arrogance and pushiness of Christians. You can read some of the comments in this article at Fox News.

The reaction to this photograph has certainly been unnecessarily dramatic, turning something that would normally be harmless into a battleground of beliefs. Quite frankly, no one can intelligently comment on the scene depicted in this photo without knowing the high schoolers personally. However, there are two tidbits of wisdom that we can gather from this situation.

First of all, we should all be reminded of the fact that humans can only discern outward appearances. God alone can see the intents of the heart. Certainly, there’s something commendable about praising virtuous behavior (as the journalist did by posting the photo) and reproving acts of sin, as long as both are done out of love. However, the knowledge of our human limitations should be reason enough for us to tread carefully when it comes to assuming things about other people. We are in no place to cast judgment about anyone. And that’s where a lot of the folks who commented on the photo messed up.

Secondly, this story is another example of how easily even the appearance of Christianity attracts hostility—especially hostility from groups that would likely consider themselves welcoming of diverse viewpoints. Such hostility, however, should come as no surprise. These groups so often butt heads with Christianity and Christ-followers because of Christ himself. He’s not a hero that humans are naturally attracted to. As 1 Peter 2:8 says, Christ himself is “a stone of stumbling, and a rock of offense.”

It’s precisely because of this stumbling block—Christ—that a picture depicting public prayer has become disgusting to the world.