Hurricane Irma Reminds a Confused Nation of Human Worth 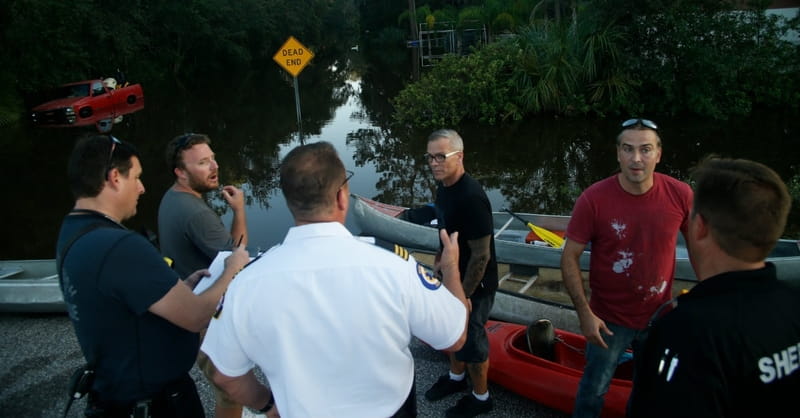 Hurricane Irma Reminds a Confused Nation of Human Worth

Our culture lives in a state of confusion regarding the question of human worth. We are an age scarred by suicide, abortion, euthanasia and the arguments that lure so many into agreement with these choices. In each of these issues, the inherent dignity of human life as the masterpiece of God’s creation gives way to a pragmatic and evolutionistic mentality that says lives are only worth saving if they’re convenient and if they will help advance the species.

But, when it comes to disasters like hurricanes Harvey and Irma, the questions of convenience and of the species’ advancement disappear. Few if any people seem to be asking if the lives endangered by the hurricanes are worth saving. Instead, we all want to know how we can help.

Two articles at CNN touch on the phenomenon of human kindness and generosity as shown in the wake of these horrifying natural disasters.

In an article published Monday, journalist Romina Ruiz-Goiriena describes her family’s own evacuation from their home in Florida. She writes, “We packed up two cars, three dogs, a kid, baby, and hit the road north expecting price gouging, reckless driving and mass hysteria.” Instead of chaos, however, she and her family encountered some overwhelming cases of human generosity.

One Airbnb owner that Romina contacted in her search for a place to stay told her that, even though his placed was pretty full already, he or someone he knew would be happy to take Romina and her family in. “And don’t even worry about paying,” he added. She says it was something she “never expected” to hear.

In other places she and her family encountered as evacuees, people continued to astound her with their generosity. An Atlanta pizza place offered free meals to hungry families. Local customers gave extra tips to contribute to a fund to help the displaced Floridians.

Although the second article—published Tuesday at CNN—tells no specific stories of human kindness, it also speaks to the incredible reality of and need for that attitude in the aftermath of these storms. Rather than questioning the worth of sacrificing your time, money, and even your blood for the sake up supporting the victims, the article offers several ideas of how each of us can contribute to the effort of helping those in need.

As the generous Airbnb owner explained in a conversation with Romina, “I hope that if I were in this situation you'd do the same. It's not a regional thing, American thing, but a human thing.”

And that “human thing” is not merely an evolutionistic impulse or a pragmatic solution. Rather, it stems from the truth that we are God’s creatures—created in his image. Because of his stamp on us, we are all worth saving and serving, even when it’s not convenient.

Photo: Residents brief rescue personnel on neighbors who have so far chosen not to evacuate as floodwaters from the Alafia River flood a neighborhood in the wake of Hurricane Irma on September 12, 2017 in Valrico, Florida.