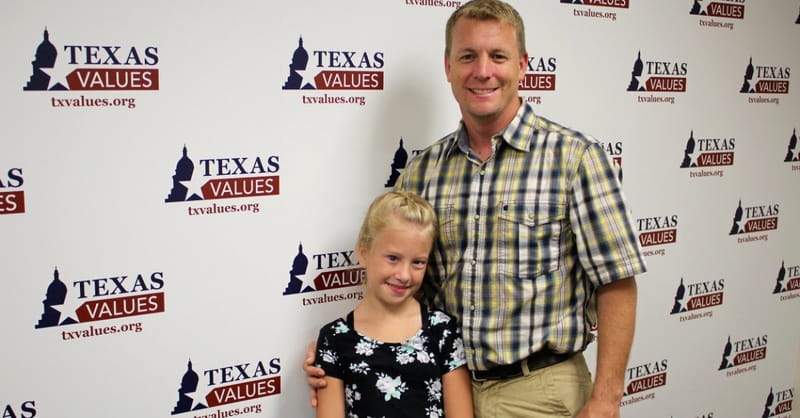 This week, the Texas State Legislature is expected to consider a proposal that ensures boys and girls in public schools will use the bathrooms, locker rooms, and showers corresponding to their biological gender. Called the Texas Privacy Act, the bill came about after parents’ outcry over changes in school policies without involving parents — as one family in small-town Dripping Springs, Tex. recounts.

For six years, Rob and his wife Kristie have lived in Dripping Springs where they raise their two children. (At the family’s request, their last name has been withheld to protect privacy.)

“Our public school had made a decision,” stated Rob in an interview with The Federalist. “We’re going to give a special allowance to let this one child use a private bathroom because he’s not comfortable using the boys facilities. Then that little boy’s mom came and said, ‘No, my boy doesn’t want to use a private bathroom. He wants to use the girls bathroom — and I’m going to litigate if that doesn’t happen.’”

“Our school board wouldn’t take a stand, they wouldn’t even put this issue on the agenda in multiple meetings,” he said. “I was shocked that we were empowering our school to protect and watch over the privacy, dignity, and modesty of our children — and they weren’t. They didn’t even let the parents know the stand that they were taking.”

On Monday, Houston business leaders sent a letter to Texas Governor Greg Abbott expressing their disapproval of the Texas Privacy Act. “We support diversity and inclusion, and we believe that any such bill risks harming Texas’ reputation and impacting the state’s economic growth,” the letter reads.

Nicole Hudgens, policy analyst with non-profit family advocacy group Texas Values, responded in the interview: “The fact is, Texas is one of the best economies in the world and we can remain economically strong — without putting our dollars over our daughters.”

She cited the example of a similar proposed “bathroom bill” ordinance backed by the Houston mayor in 2014, ultimately voted down by a 61 to 39 percent vote of local citizens. “The federal government and even local governments have been bullying schools into enacting policies that do not reflect the will of Texas parents,” she stressed.

As a parent of two, Rob expressed sympathy and concern for families whose children struggle with gender dysphoria. “We want all children to feel accepted, included, loved, safe, and comfortable — and to have a great education. We want our kids to play on the playground and be friends with all different types of people,” he said.

“That’s not what we’re talking about at all. What we’re asking is, Should children of the opposite sex share bathrooms and locker rooms? On this issue, my voice as a parent should matter. We don’t want our little girl to share the bathroom with a biological male.”

Passed by a 21-10 vote of the Texas Senate last week, the Texas Privacy Act currently awaits a vote in the Texas House.