How Methodists United for Life and Left Hillary Clinton Behind 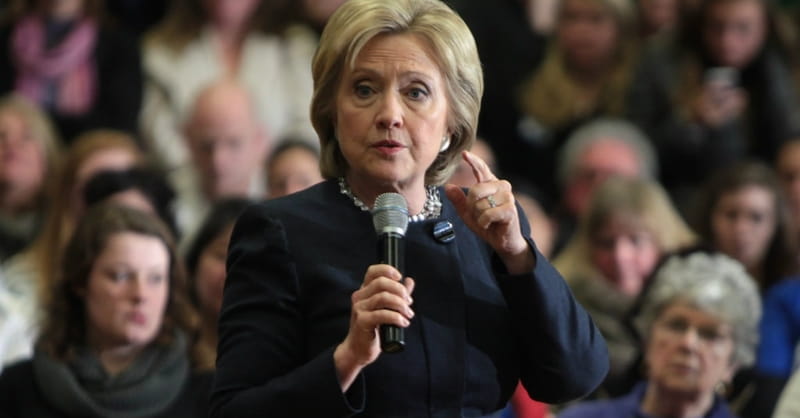 How Methodists United for Life and Left Hillary Clinton Behind

Former Secretary of State Hillary Clinton is back in the news this week, as excerpts from her forthcoming memoir What Happened made headlines.

In her book releasing September 12, the unsuccessful presidential candidate sums up the 2016 election race as “exhilarating, joyful, humbling, infuriating, and just plain baffling.” What baffled some is when Clinton told a former Methodist leader that she’d like to preach.

For Dr. Mark Tooley, the real news is how Clinton still claims Methodism as her faith tradition. As president of The Institute on Religion & Democracy, a voice for Christian orthodoxy on Capitol Hill connecting faith leaders with public policy expertise, Tooley has lamented the decline of mainline Christianity in recent years.

Yet he also has hope, with recent decisions of Methodist leaders to hold to biblical principles on issues of life and sexuality — a firm stand against the progressive Methodist views common during Clinton’s formative years. In an interview, Tooley shares the full story of how United Methodists recently left a pro-abortion coalition and are upholding the value of human life as never before.

Christian Headlines: Recent media stories have touted how former Secretary Hillary Clinton has expressed her desire to preach in the pulpit. How do you respond?

Dr. Mark Tooley: There’s no surprise because she was deeply shaped by Methodism growing up in the church outside Chicago and often has spoken of her Methodist background.

She was very much influenced by 1960’s era Social Gospel Methodist activism, especially by a radical Methodist youth magazine and by an activist youth pastor. Her politics and worldview are a product of her experiences in that era.

CH: As a church historian, take us back to the early 1970’s. Where did the American culture and evangelical churches stand on this issue of the right to life?

Tooley: Historically, Christianity has opposed abortion. Mainline Protestants in America began openly flirting with abortion rights in the 1960’s, though the advocacy of contraception and alliance with Planned Parenthood — at least for some church elites — dates to the 1920’s.

United Methodism, the largest mainline denomination, first officially embraced abortion rights in 1970. Evangelicals were sometimes slow to respond to the 1973 Roe v. Wade decision. Many confused abortion with contraception and thought of abortion as a Catholic issue.

But others immediately saw the problem. The Southern Baptist Ethics and Religious Liberty Commission, then under liberal leadership, backed abortion rights in the 1970’s, which of course changed in the 1980’s after the conservative resurgence.

CH: How was the Religious Coalition for Abortion Rights formed?

Tooley: The United Methodist Board of Church and Society and other mainline Protestant agencies coalesced to create it in 1973 to counter Catholic pro-life advocacy and to defend the Roe decision.

It was headquartered for years in the Methodist building on Capitol Hill. It got some church money but seems to have relied more heavily on secular philanthropies like the Ford Foundation.

CH: What have been the trends regarding membership and biblical beliefs among United Methodists?

Tooley: The United Methodist Church in America has lost members every year since 1965. But its overseas membership is now growing faster than the U.S. church is declining.

Fifty years ago, United Methodists numbered 11 million in America. Now it has seven million, but it also has five million overseas — mostly in Africa — so it’s bigger than ever.

United Methodism in Africa has been growing by 200,000 members annually. It is overwhelmingly evangelical and biblical in belief. At their current growth rate, they should outnumber American UMC members within a decade.

They are overwhelmingly pro-life, and there is no support for same-sex marriage except by a few U.S.-influenced activists.

CH: Fast-forward to last year. Could you explain the governing structure of the United Methodist Church and describe what happened at the 2016 General Conference?

Tooley: The UMC is governed by a General Conference that meets for ten days every four years. All governing policies of the denomination are determined at this conference.

In May 2016, the General Conference convened with 864 Methodist delegates gathered in Portland, Oregon. Sixty percent of delegates came from America with most of the rest from Africa, though some from the Philippines and Europe.

African and American [pro-life] evangelicals had a governing majority. All efforts to liberalize the church’s biblical sexuality teachings were soundly defeated in legislative committees. They never came to a plenary vote because they were all referred to a committee for further study.

Symbolically, the most important vote was for the Methodist church to withdraw from the Religious Coalition for Reproductive Choice after 44 years of membership. The margin wasn’t even close. The same was true for a vote officially renouncing the church’s support for Roe v. Wade, which dated to 1976. Again, the margin wasn’t close.

Anti-Israel divestment was also soundly defeated in legislative committee. Liberal activists were clearly exasperated, but they did not have the votes for their most cherished causes.

CH: Since then, has the decision of the General Conference impacted local churches?

Tooley: United Methodists in America have lost about 90,000 members annually [in recent years]. I’m unaware of many leaders who have recently left.

A prominent conservative congregation in Mississippi left because of frustration over continued conversation about LGBTQ issues. But, to my knowledge, very few leaders have quit the denomination since last year.

Tooley: I’m unaware of any denominations funding Planned Parenthood. United Methodism’s missions board used to 30 years ago; likely others did as well.

But in more recent years, the money isn’t there and the zeal for abortion rights has diminished even among liberal Protestants.

CH: Did the abortion issue impact many Christians’ votes during the 2016 election?

Tooley: No doubt there were many conservative Christians with doubts about then-candidate Trump who still felt obliged to vote against Secretary Clinton because of her abortion rights support.

CH: You’ve both supported and criticized the Trump Presidency at various points. As partisan debates rage, how can Christians navigate politics biblically?

Tooley: Christians should step back from the intense details of politics and try to reflect on the broader principles that should guide our thinking. Those principles should be informed by the church’s historic teachings about the core vocation of government.

We can’t pretend the Bible by itself gives us detailed policy guidance. But there are principles we can examine, and those principles emerge from the global historic church, so we think them through as a community of the Body of Christ. We don’t have to stand alone when we are a member of this Body.

Christians can and do disagree about policy specifics and how to implement them. We cannot expect Christians to all act in harmony on every issue. Even on issues when Christian teaching seems clear, we might consider that God has placed Christians on the other side for some purpose known only to Him.

We should be patient, have faith, think long-term, avoid an apocalyptic mindset, and know that most of our challenges are not unique to our own times and cultures. Every generation has its battles.

A freelance writer and editor,Josh M. Shepherd has served on staff at The Heritage Foundation, Focus on the Family, Bound4LIFE International, and two Congressional offices. His articles have appeared in media outlets including The Federalist, The Daily Signal, Charisma News, The Stream, and Christian Headlines, where he serves as a contributor. He earned a degree in Business Marketing from the University of Colorado. Josh and his wife live in the Washington D.C. area.