'God Has Tears in His Eyes': Switchfoot Addresses Charlottesville Tragedy at Virginia Concert 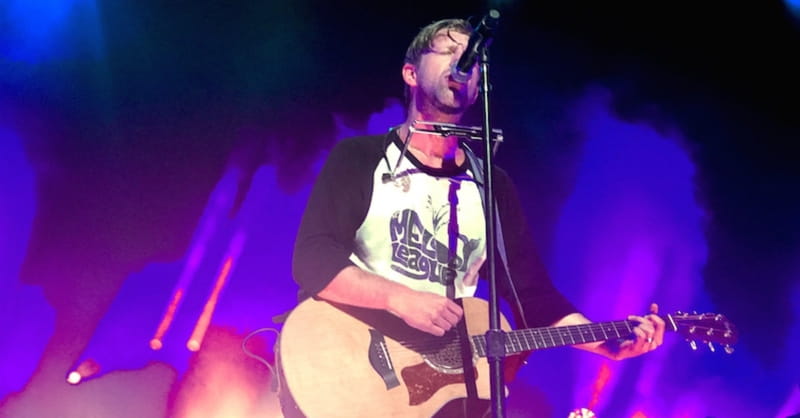 'God Has Tears in His Eyes': Switchfoot Addresses Charlottesville Tragedy at Virginia Concert

On Sunday night, while performing before thousands in northern Virginia, Grammy Award winning pop/rock band Switchfoot addressed the racially charged unrest that made headlines worldwide. “My heart goes out to my friends in Charlottesville,” began frontman Jon Foreman, to cheers of agreement from the crowd

As Foreman shared about his personal connection to the events that unfolded one hundred miles away, a hush fell over the thousands of fans gathered at Wolf Trap National Park for the Performing Arts in Vienna, Va.

“A friend of mine, a professor at UVA [University of Virginia] who was protesting the radical right; this older gentleman was tear-gassed. [He experienced] heart failure and we’re trying to make sure he’s going to be ok,” Foreman said.

Only 48 hours prior to the concert, a protest rally in Charlottesville, Va. organized under the banner of racism and white supremacy turned to violent assault. Three people were killed — a young woman standing in solidarity with people of color, and two police officers who were monitoring the riots — and 34 people seriously injured.

Foreman continued, “So many feelings come to mind: anger and rage and not knowing where to hit. For me, tonight, singing these songs of hope galvanizes my job description. Hatred is not the end! That is not the final say of the evening.”

“We sing these songs of hope because we believe hope deserves an anthem,” he said. As the band launched into a song offered as a tribute, Foreman remarked, “I imagine on days like today and yesterday, the Maker looks down on us — this crazy, tired planet — with tears in His eyes. But He sees us as little kids.”

The song “I Won’t Let You Go” from their tenth album Where the Light Shines Through reflected some of the emotions and heated reactions people expressed during the aftermath of the racially charged incident in Virginia, with lyrics including:

And it burns like third degree
And you wonder, what is it worth?...

The evening concert in the Washington, D.C. area on August 13 marked the halfway point of Switchfoot’s “Looking for Summer” tour, as they perform with fellow California-based band Lifehouse in cities across America. During their sets both bands discussed the work of Food for the Hungry, their charity partner on the tour.

See below to watch the video of Foreman speaking about the events in Charlottesville.

A freelance writer and editor,Josh M. Shepherd has served on staff at Focus on the Family, The Heritage Foundation, Bound4LIFE International, and two Congressional offices. His articles have appeared in media outlets including The Federalist, The Daily Signal, Charisma News, The Stream, and Christian Headlines, where he serves as a contributor. He earned a degree in Business Marketing from the University of Colorado. Josh and his wife live in the Washington D.C. area.

Photo: Jon Foreman of Switchfoot performs on August 13, 2017 at Wolf Trap National Park for the Performing Arts in Vienna, Va.