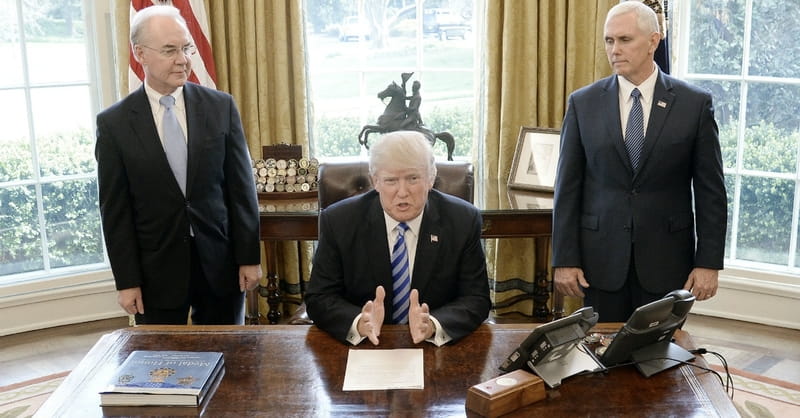 Americans across the political spectrum were surprised last week when, on May 4, the House of Representatives voted 217-213 to repeal and replace the 2010 health care law known as “Obamacare.”

Urged on by Speaker Paul Ryan and extensive lobbying from the White House, the House passed the American Health Care Act (AHCA) to partially fulfill President Donald Trump’s campaign promise to fix the current system. Most citizens still don't know what is in the new bill, or if this was any different than the previous 60 House votes to repeal Obamacare.

Activist groups on both the left and right have launched emotion-driven campaigns to win the public to their views—with liberal “resistance” groups planning another wave of protest events, while a conservative PAC begins ads supporting Republicans who voted for the bill.

As Senate leaders begin anew their health care reform efforts in response to the House vote, here are seven facts you need to know.

1. Nothing Changes Until Both the House and Senate Pass the Same Bill

A bill in Congress is enacted as United States law only if it passes with a majority vote of both the House and Senate, and is signed by the President.

The AHCA has only passed the House, and Senator Mitch McConnell indicates his caucus will start almost entirely from scratch with a new bill—which will require another House vote before it gets to President Trump’s desk.

Why care about another round of health care reform? Because real lives and considerable taxpayer dollars are at stake. A recent study published in the American Journal of Public Health confirms that, “Tax-funded health expenditures totaled $1.9 trillion dollars in 2013—64 percent of [total] national health expenditures.”

3. The AHCA Attempts to Solve the Problem of Rising Health Care Premiums

Defending his vote on the new bill, Kansas Congressman Kevin Yoder stated, “Families who have coverage-in-name-only through Obamacare face skyrocketing premiums and out-of-pocket costs approaching $13,000. Kansans were stuck with a 42 percent premium increase for 2017.” He echoed a message heard often on the House floor: “Lowering the cost of care is the rising tide that will lift all boats.”

The House bill repeals many federal insurance plan mandates that caused premiums to double and even triple in some states. Reporting on AHCA policy changes, PBS observes: “No longer would men have to pay for maternity benefits. No longer would healthy 20-year-olds have to buy prescription drug coverage.”

4. Three Moderate Republicans Insisted on Strong Protections for Those with Pre-Existing Conditions

Only weeks ago, on March 24, Speaker Paul Ryan asserted Obamacare was “the law of the land” and any further reform efforts looked hopeless. While President Trump has received the lion’s share of attention for reviving health care reform, three moderate Congressmen played a significant role.

First, Representative Tom MacArthur (New Jersey) forged a friendship with staunch conservative Mark Meadows (North Carolina) to address the issues keeping their two groups apart. The MacArthur Amendment to AHCA resulted, which reads in part: "Nothing in this Act shall be construed as permitting health insurance issuers to limit access to health coverage for individuals with preexisting conditions."

This assurance wasn’t enough for Representatives Fred Upton (Michigan) and Billy Long (Missouri). After meetings with Speaker Ryan and President Trump, the two secured agreement to include $100 billion over ten years to provide health care for high-risk patients served by Medicaid.

5. The AHCA Eliminates Many Taxes that Funded Obamacare

“The American Health Care Act passed by the House today reduces taxes on the American people by over $1 trillion,” stated Americans for Tax Reform last week.

The conservative group tallies 12 separate taxes originally included in the Affordable Care Act (a.k.a. Obamacare) and now repealed by the AHCA.

6. Without Changes, The New Plan Could Harm Some Low-Income Seniors

When one trillion dollars leaves the system, cutting some level of care is inevitable. Avik Roy, a health care policy expert who hails from Yale and MIT, highlights where exactly seams appear in the new bill.

“Millions of low-income Americans in their fifties and sixties will be priced out of the insurance market, while millions of upper-income Americans who don’t need the help will get a big tax credit,” states Roy, who has also criticized Obamacare in recent years.

Roy concludes: “Many of the people adversely affected by the AHCA are Trump voters.” (His entire post is worth reading.)

7. Planned Parenthood Could Lose Government Funding for One Year

On May 1, as debate raged over the AHCA, the president of Susan B. Anthony List made no secret of what pro-life conservatives wanted in the bill. “It is imperative that Republicans move quickly on a reconciliation bill that redirects the abortion giant’s funding to community health centers,” urged Marjorie Dannenfelser, referring to the nation’s foremost abortion provider Planned Parenthood.

The final bill halts, for one year, taxpayer funding of organizations that perform abortions and provides it instead to local clinics offering women preventative health services. However, Republican Senators Lisa Murkowski (Alaska) and Susan Collins (Maine) have supported Planned Parenthood in recent votes; their opposition could affect this provision, considering any forthcoming health reform bill must pass by 51 votes to clear the Senate.

The debate over health care will continue—a vocal one, because it affects people in intensely personal ways. By knowing the story unfolding so far, and the assumptions each side makes, Americans can look beyond dramatic headlines and consider the real issues at play.

Photo: U.S. President Donald Trump reacts with HHS Secretary Tom Price (L) and Vice President Mike Pence (R) after Republicans abruptly pulled their health care bill from the House floor, in the Oval Office of the White House on March 24, 2017 in Washington, DC. In a big setback to the agenda of President Donald Trump and the Speaker, Ryan cancelled a vote for the American Health Care Act, the GOP plan to repeal and replace the Affordable Care Act, also called 'Obamacare.'