7 Essential Sources for Timely, Trustworthy News in the Trump Era 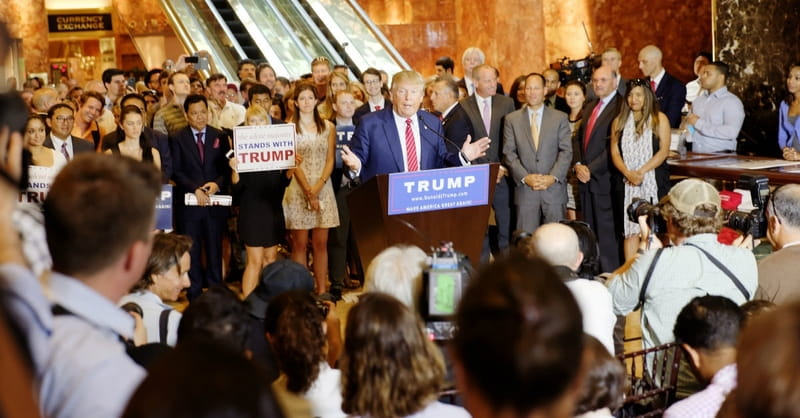 7 Essential Sources for Timely, Trustworthy News in the Trump Era

Despite their tense relationship, President Donald Trump has been a godsend for the media. Cable news ratings are up; so are subscriptions of national newspapers. As Americans try to keep up with the fast-paced Trump Administration on several fronts, time spent consuming news has been rising.

Now is the time for every citizen to rethink our media diet—to supplement and add more substance, or to cut out the fluff. As a Texan who’s lived in the D.C. area for seven years now, it’s easy to tell who among my friends gets their news mostly from The Huffington Post…or from InfoWars. Both are missing the big picture.

Here are seven timely, trustworthy sources of news that can help every citizen know what’s actually going on:

Rather than catching a 10-second clip on The O’Reilly Factor, why not listen to an entire Senate confirmation hearing—all the questions, the back-and-forth—and decide for yourself who can be trusted? C-SPAN provides the full access.

During every official speech, Congressional hearing and Supreme Court case, the C-SPAN cameras are rolling (actually, only audio recordings at the court as cameras are not allowed). Instead of settling for some talking head’s perspective on elected leaders, go straight to the source with C-SPAN.

Perhaps the surest indicator of journalism’s decline is the frequent bias seen from the Associated Press, the nonprofit news agency that sets the tone for many national stories due its extensive reach through syndication in local papers.

For an even-handed take on national and world news, go first to Reuters. Need an example of bias? Compare how Reuters covered both sides of a Texas abortion clinic law with the AP coverage. (Like the New York Times, with its vast reporting resources, readers should be skeptical rather than dismissive of the AP.)

Anchored by its monthly magazine known for challenging conventional wisdom, Atlantic Media has recently ramped up its presence in the nation’s capital city.

Their daily e-mail on politics and policy fills in the gaps about key events—from a mix of liberal and conservative sources. Other reliable outlets to take in a broad spectrum of news and analysis include USA Today, Wall Street Journal, The Hill, ChristianHeadlines and The Economist.

It’s no secret that the Trump Administration has relied heavily on Washington’s most well-known anti-establishment outfit: The Heritage Foundation, led by former Senator Jim DeMint of South Carolina.

As the White House grapples with a host of issues—from budget priorities to immigration policy and health care—many officials will likely start with the same research from Heritage experts that is publicly available online.

To catch talk radio without all the filler, Townhall Review compiles the best interviews from a week’s worth of Hugh Hewitt, Dennis Prager, Michael Medved and other hosts. Download this weekly podcast for free. (Full disclosure: Townhall and ChristianHeadlines are both owned by Salem Media Group.)

For more informed perspective, tune in to Washington Watch hosted by Tony Perkins. His group Family Research Council consistently has better access to leaders in Congress than other sources, making the program particularly timely.

Many conservatives instinctively dismiss this trendy progressive outlet. While it does miss the mark at times, Vox also sources its arguments well and allows unconventional voices a hearing (such as on immigration).

Vox’s finest work may be their short YouTube videos on a wide range of topics—produced with rich graphics, dense statistics and a lot of personality.

Reviews were unanimous following the third presidential debate in 2016: Chris Wallace presented both candidates with the most fair, in-depth and balanced questions of the entire election cycle.

While Fox News overall often carries a certain bias, the weekly show anchored by Chris Wallace since 2003 is must-see TV: cutting through talking points to ask the real questions at play.

As the media landscape continues to change, our role as citizens to read broadly, discern the truth, and engage in matters of national importance never reaches its end. Clearly the mainstream press has its bias, as does conservative media.

We must realize that politics is not a game—actual dollars and lives are at stake, requiring wisdom rather than a partisan outlook. I know from experience that intelligent people with good intentions hold a diversity of political views. No party has a monopoly on truth.