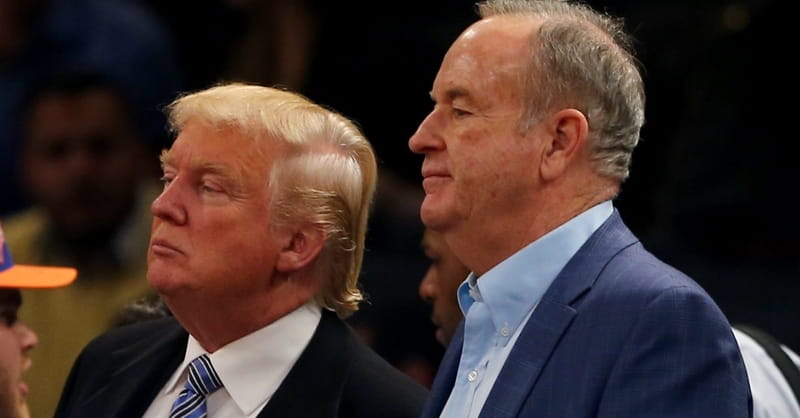 “How the mighty have fallen!”

The biblical lament has particular relevance this week, as Bill O’Reilly—trusted by millions of Americans every weeknight since 1996 on his “spin-stopping” Fox News program The O’Reilly Factor—will not return to the network following an exposé of alleged sexual harassment incidents over the past decade.

The announcement follows other high-profile departures from the nation’s top cable news network in recent months. Notably, prime-time anchor Megyn Kelly will soon debut as a news commentator for NBC News—following her lead role in last summer’s resignation by Fox News president and founder Roger Ailes, who was forced out by sexual misconduct charges similar to those facing O’Reilly.

It’s a confusing moment for many Americans. Without doubt, loyal viewers of Fox News played an outsized role in the historic election of President Donald Trump. Many are now evaluating his administration’s first 100 days, enumerating what accomplishments to trumpet in defense of their electoral choice while grappling with the former reality TV star’s limitations as a statesman.

Without O’Reilly to “look out for the folks” (as he often stated was his driving factor), the 24/7 fair and balanced coverage suddenly seems less reliable to help cable TV viewers in this evaluative process. What will the network’s future hold? The answer will surely take cues from its past, including the unprecedented events of 2016.

The easy route for conservatives would be to dismiss the upheaval at Fox News—long anchored by O’Reilly, perched atop the ratings behemoth—as another mainstream media plot, a coordinated effort to take down what many on the right consider the only “truth serum” in news media. That perspective has factual elements, but it’s not the entire story.

Those who welcome even some of how Fox News has changed the national media landscape should think critically about recent events and what knowledgeable critics are saying. In the Unresolved Problem segment tonight, here are five reasons why trust in Fox News has eroded over the past year.

Back in 2011, Fox and Friends began an unusual feature for a morning variety show— every week, New York real estate mogul Donald Trump would call-in and banter with hosts regarding the news of the day. As reported by New York magazine, this segment came about as a favor from Roger Ailes to Trump.

Fast forward to spring 2016, when the Republican field was still large. Coverage of Senators Cruz and Rubio was drowned out on Fox News and its competition, while unpredictable yet camera-ready candidate Trump seemed to get wall-to-wall attention.

During frequent on-air interviews, Bill O’Reilly and Sean Hannity offered Trump friendly deference delivered with a collegial tone. “Why are we successful? What’s the reason? Part of the reason is people like me,” Hannity said in an interview last October with the New York Times, questioned about his support of Trump. “This is the spice! We’re getting back to the spicy part of the network, the one that pays the bills.”

The eventful, at times bumpy, relationship between Fox News and Donald Trump in recent years is too lengthy to fully recount here. But its climax is unmistakable, when President Trump became leader of the free world roughly 100 days ago.

Even if only some of the well-sourced allegations about fired Fox News founder Roger Ailes are proven true, the network’s first two decades may come to be seen as an American success story more insidious than inspiring. A federal investigation into the misdeeds of Ailes and any potential corporate cover-up is currently underway at the U.S. Attorney's Office for the Southern District of New York.

Thus far, the network has paid out tens of millions of dollars in out-of-court settlements to women accusing Ailes and O’Reilly of sexual misconduct. Investigators will give particular scrutiny to potential evidence not yet obtained; the men allegedly paid to gain control of recordings of explicit remarks made to female subordinates.

Such behind-the-scenes drama is a far cry from the network’s public reputation. Coming on the air in 1996, Fox News has always leaned into a worldview skeptical of big government and cognizant of the values that drive the American heartland.

“Growing up in Ohio and just being kind of an average guy from flyover country—my dad was a factory guy—I try to put things on a screen that reflect reality,” Ailes said in an early interview.


3. Conservative Doubts as James and Lachlan Murdoch Begin to Take the Reins

The loss of audience trust is not only due to scandal and cynical media coverage. As of 2015, leadership of Fox News passed from 86 year-old Rupert Murdoch to his two sons James and Lachlan.

Both in their forties, the Murdoch brothers are less inclined to see Fox News as a counterbalance to the left-leaning mainstream media. Conservative talk radio hosts and websites point to the credentials of James’ wife Kathryn—who has worked for the Environmental Defense Fund and Clinton Climate Initiative—as proof of liberal influence at work.

The husband-wife duo jointly manage The Quadrivium Foundation, which lists five policy priorities in its mission. Asked by The Hollywood Reporter about his political leanings, James Murdoch replied: “Ultimately my job and our job here is about being able to maintain, create and grow a platform that has a diversity of voices.”

After Roger Ailes was ousted from Fox News in July 2016, the two brothers publicly courted anchor Megyn Kelly to continue her prime-time show long-term—even paying a $6 million advance for her book, released by a Murdoch-owned publisher.

However, following her interactions with company lawyers crucial to allegations against Ailes, Kelly chose to leave Fox News and accepted a contract with NBC where she is expected to premiere on-air this summer.

One of the most significant chapters in Fox News’ evolution came in 2010, when guest contributor Juan Williams commented on The O’Reilly Factor about societal fears of Islamic terrorism. Promptly fired by NPR for his remarks deemed offensive, Williams was signed by Fox News where he has been a prominent contributor ever since.

The network has few voices like Williams, self-described as a “veteran Washington journalist with centrist liberal credentials.” He hones in on the issue in his 2012 book Muzzled: The Assault on Honest Debate, stating: “The news channel looks for the conservative slant in the stories it selects to tell, and its leading personalities in prime time are right-wingers.”

Such a slant was particularly obvious in July 2016, when a series of violent shooting incidents added new fuel to tense race relations nationwide. While Megyn Kelly invited a variety of black and center-left voices on her show, the broader Fox News narrative on race-related protests often echoed Trump’s emphasis on “law and order” via interviews with Rudy Giuliani, Todd Starnes, and Dennis Miller.

More so than commentators’ ethnic diversity, it’s the strident tone and moral superiority with which some issues are tackled that troubles many conservatives. A discerning leader like Senator Tim Scott would be shouted down on many Fox shows.

Allowing Juan Williams a minute at a time to chime in with his perspective, along with a few centrist voices, has not made room for understanding across ideological lines. Especially on explosive issues, our nation desperately needs dialogue over debate.


5. Playing Up Politics as Entertainment—at the Expense of Substance

A debate tactic known as whataboutism is heard often on Fox News. President Trump illustrated it in his February 5 interview with Bill O’Reilly, perhaps their last together.

Always pointing to the other side, asking What about your problem? cleverly avoids answering the original issue. It’s intellectually lazy and unhelpful for newsgathering, which should prioritize holding public figures and elected officials accountable to consistent, ethical standards.

It may be entertaining to watch a liberal guest get his “comeuppance” with interrogation-style interviews. Perhaps it makes us feel better to watch Jesse Watters poke fun at political opponents with tightly edited “gotcha” segments.

Yet we have failed to listen, learned nothing, and disrespected people just because they have a different viewpoint. In an era when public trust of media has reached all-time lows, it’s worth seeking out news and analysis that does more than confirm our biases.

As a conservative, I applaud how Fox News has directly challenged the accepted New York media wisdom—allowing a broad range of voices to be heard. For 21 years, the network has leapfrogged competitors by producing news that includes guests who affirm the values of America’s heartland.

Many world-class journalists work at Fox News, Bret Baier and Chris Wallace among them. Their fair and balanced approach provides a strong foundation for the network to reinvent itself once again.

Photo: Donald Trump and Bill O'Reilly attend the game between the New York Knicks and the Cleveland Cavaliers at Madison Square Garden on November 30, 2014 in New York City.