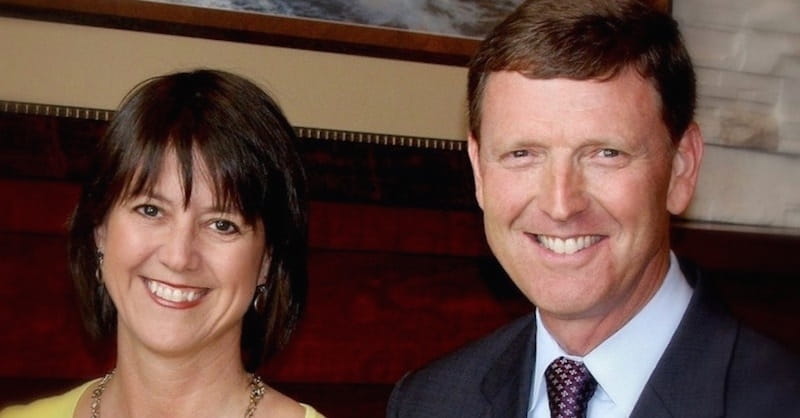 In a fiercely partisan time, some conservative leaders have abstained from voicing any concerns about the approach or agenda of the Trump Administration. Not Bob Vander Plaats.

As president of The Family Leader, an Iowa-based group centered on faith and family issues, his words carry weight after standing with integrity for years. This past July, Vander Plaats hosted President Trump’s close adviser Kellyanne Conway at an Iowa summit.

Yet he also isn’t afraid to go out on a limb — calling for the firing of former White House staff member Anthony Scaramucci and urging the president to utter words that unite rather than divide. He’s even spoken out on CNN and other news outlets.

A father of four sons with his wife Darla, Vander Plaats sees the problems facing America as ultimately spiritual rather than political. He shares about recent pro-life efforts in Iowa, why prayer matters, and his discussions with President Trump.

Christian Headlines: State legislatures across America passed a wave of pro-life laws this past session, including in Iowa. Why is this issue such a driving force for you?

Bob Vander Plaats: It’s a driving force for me because of our family’s personal story. My boy Lucas wasn’t supposed to live for two weeks, yet today he is 24 years old and still has a dynamic impact on those who encounter the gift of Lucas.

Even for a child born with significant disabilities, I believe all your days are planned and ordained. At The Family Leader, we say: God designed it, science confirms it and nature always reveals it. Science and God’s order are actually aligned and in sync. You’re seeing that with the abortion debate.

This last session, our legislative team wanted a ‘life at conception’ law passed in Iowa. Ultimately, it could challenge Roe v. Wade because the courts are changing. Because even in the Roe argument, it said essentially, If you can determine that the unborn child is a person, the opinion of the court changes.

So we wanted a ‘life at conception’ bill. Instead, we got a bill that bans most abortions after a baby’s 20th week of development in the womb. It also has a 72-hour waiting period and an ultrasound provision in it.

Christian Headlines: How do you view the opposition this policy has encountered?

Bob Vander Plaats: When you start to pass pro-life legislation, people will lash out against these policies as we see with this court battle.

But regardless of who is president, I believe this country needs, hungers, and thirsts for spiritual revival where we turn our hearts back to God, His principles, and His precepts. The only way I believe God will honor a spiritual revival is when we stop killing our babies.

You look back with slavery. There was a revival during that time, but it was when William Wilberforce called out slavery for what it is that people started righting their ways.

Christian Headlines: Could you share the conversation you had with President Trump about prayer?

Bob Vander Plaats: When he was exploring a run, I exposed Donald Trump to what we call If 7:14 which is focused on spiritual revival. It comes from Second Chronicles 7:14, where God speaks: “If My people who are called by My name will humble themselves and pray…” What would happen if we authentically applied these words to our lives?

Revival is an inside-out proposition, not an outside-in proposition, I told him. It begins with me, with my marriage, my family, my community, and in our churches. Hopefully, the ripple effect is throughout this country and across the globe.

So the If 7:14 Initiative is about intentional prayer. There’s a mobile app that reminds believers to pray at 7:14 in the morning and 7:14 in the evening. It’s not to be ritualistic or legalistic about prayer, but to be mindful, keeping top-of-mind awareness that we need to pray for revival.

Look at the prophet Daniel: he scheduled times that he would pray. Because so often we say, Yeah, I’ll pray for that, but then we get busy and never do. If 7:14 provides that reminder. It is exceptionally encouraging that there are more than 50,000 people praying twice a day on a daily basis as part of this initiative, in 30 different countries. That number continues to grow.

When you bathe these big issues in prayer, you’re now seeking God’s heart and seeking His face, not your own ways or your heart. That’s what we want for this country and for our leadership. I’d love to see President Trump not only embrace that, but model it for the rest of the world to see.

Christian Headlines: Is it even biblical for Christians to be engaged in politics and government?

Bob Vander Plaats: Without question — and it’s negligent for us not to be. I believe God has three institutions: the family, the church and government. They are all near and dear to His heart. If you remove the Christians’ voice from the sphere of government, then who is there to determine what is right and what is wrong?

Furthermore, if you remove Scripture from the debate, what is there to determine what is right and what is wrong?

That is sometimes the greatest ploy of the opposition: I want you to make this argument, but I don’t want you to be able to use Scripture. They’re asking us to drop our best weapon, what we know to be timeless truth, and now try to argue it on human standards.

I believe the church has to embrace its calling of being a Nathan to a David. Nathan was a good friend of David. Nathan cheered David on, and was an encouragement to him a lot of times. But he was also the prophet who confronted David and said, You are the man and you do wrong.

The church must be willing to engage in the sphere of government — not for a seat at the table, but for God’s Word to be a spotlight in that arena.

Christian Headlines: How do you pray for President Trump and for our national leaders?

Bob Vander Plaats: The Scripture commands us to pray, so we should pray for our leaders. I prayed for President Obama, just like I pray for President Trump.

As a matter of fact, I’ve been very open about that with leaders around President Trump. I believe, as many others do, that what you saw on November 8, 2016 was almost God’s hand of intervention, saying, I’m going to spare you, I’m going to give you another chance and opportunity.

If the president truly embraces that he, Donald Trump, did not necessarily win that election but that God has provided him an opportunity to lead at such a time as this, it changes everything. So you take it out of your own human instrument and human standard, and you put it to the cause of God’s provision; if God provided this, then everything you do has got to be to honor God.

That’s why I pray for him — for his leadership, his Cabinet, his White House — that we would be restored to that shining city on a hill, that beacon in the night others are drawn to. I pray that his leadership would represent the true calling of God.

Developed by The Family Leader, the If 7:14 mobile app is available free online.

A freelance writer and editor,Josh M. Shepherd has served on staff at The Heritage Foundation, Focus on the Family, Bound4LIFE International, and two Congressional offices. His articles have appeared in media outlets including The Federalist, The Daily Signal, Charisma News, Boundless, The Stream, and Christian Headlines, where he serves as a contributor. He earned a degree in Business Marketing from the University of Colorado. Josh and his wife live in the Washington D.C. area.

Photo: Bob and Darla Vander Plaats are proud parents of four sons. He serves as president of faith-based nonprofit group The Family Leader in Urbandale, Iowa.