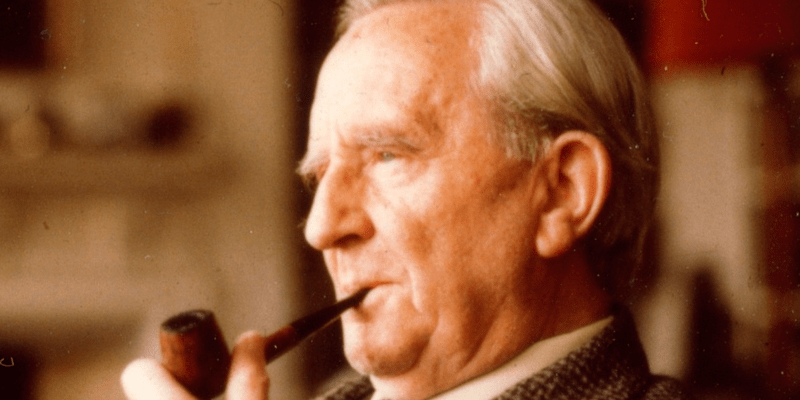 All J.R.R Tolkien fans will be thrilled about this news – a new film is in the works about the life and times of the much-loved author of The Lord of the Rings.

This biopic called Middle Earth will be based around Tolkien’s early life as an Oxford professor. Angus Fletcher, who is writing the script, follows Tolkein’s love story with Edith Bratt, whom he later married. But when war broke out in 1914, Tolkien joined the efforts of World War I and sadly, like many other soldiers, had to leave his bride behind. He began a new journey through battle and much hardship, which greatly influenced his famous stories, the Hobbit and Lord of the Rings trilogies.

The Hollywood Reporter says that Fletcher’s script is “based on six years of interviews and archival research” for the project.

It also confirms, “James Strong is heading to Middle Earth. The British director of Broadchurch, Gracepoint and Downton Abbey will helm the biopic about author J.R.R. Tolkien.”

Though it’s not clear exactly when Middle Earth will be coming to theaters, it is reported that, “Protagonist Pictures is handling worldwide sales and is expected to launch the project to buyers at the Berlin Film Festival next year.”

Over the years, both Hobbit and Lord of the Rings trilogies have grossed nearly $3 billion worldwide, so there is much anticipation for this new film. Tolkien’s works have been so widely popular through time that he’s become known as the "father of modern fantasy literature.” In 2008, The Times ranked him sixth on a list of "The 50 greatest British writers since 1945.”