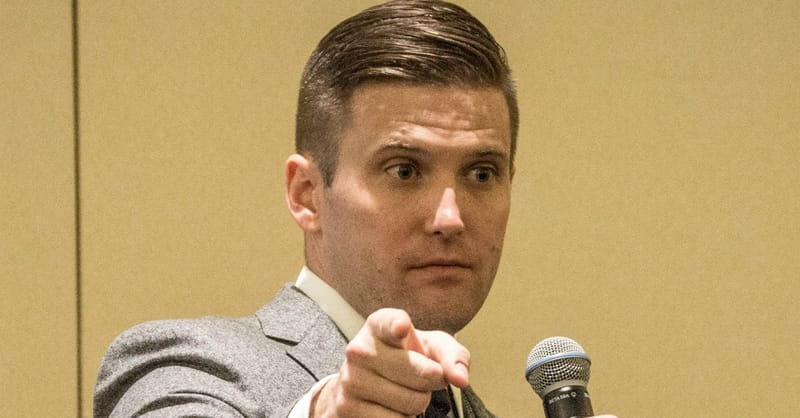 Florida Governor Rick Scott declared a state of emergency for Alachua County on Monday, in anticipation of a speech from white supremacist Richard Spencer.

Spencer plans to speak at University of Florida on Thursday, despite university attempts to cancel the event, says NPR.

Earlier this year, Spencer was a key speaker at the white supremacist rally, “Unite the Right,” in Charlottesville, Va., which erupted into violence and resulted in the death of 32-year-old Heather Heyer.

Spencer had planned to speak at the University of Florida before the rally in Charlottesville. Afterwards, the university administration canceled Spencer’s event, due to safety concerns.

However, Spencer insisted on his First Amendment right to speak on campus. The university was forced to allow him to reschedule the event.

The school’s administration made the statement: "UF must allow the free expression of speech. We cannot prohibit groups or individuals from speaking in our public forums except for limited exceptions, which include safety and security."

Gov. Scott agreed, "We live in a country where everyone has the right to voice their opinion, however, we have zero tolerance for violence and public safety is always our number one priority. This executive order is an additional step to ensure that the University of Florida and the entire community is prepared so everyone can stay safe."

Declaring a state of emergency allows various agencies to communicate more effectively with each other to form a safety plan. The order will also help the university recoup over $500,000 they expect to spend on security measures.

Spencer’s appearance does not come at the invitation of any campus group, and the university is not sponsoring or supporting the event.

University president W. Kent Fuchs has urged students and faculty to avoid the event, saying "[D]o not provide Mr. Spencer and his followers the spotlight they are seeking. By shunning him and his followers, we will block his attempt for further visibility."

However, a Facebook event titled "No Nazis at UF — Protest Richard Spencer" has been formed to plan a protest rally the night of the event. More than 10,000 people have indicated interest in attending.

Fuchs added: "Speak up for your values and the values of our university. Make it clear that messages of hate on our campus are contrary to those values. Those of us in the majority must speak up for those in the minority and make our voice of love and support heard."

Spencer responded to Gov. Scott’s announcement, calling the state of emergency “flattering,” according to the Tampa Bay Times. "I am in the same genre as hurricanes and invading armies.