5 Things Christians Should Know about the Jewish New Year 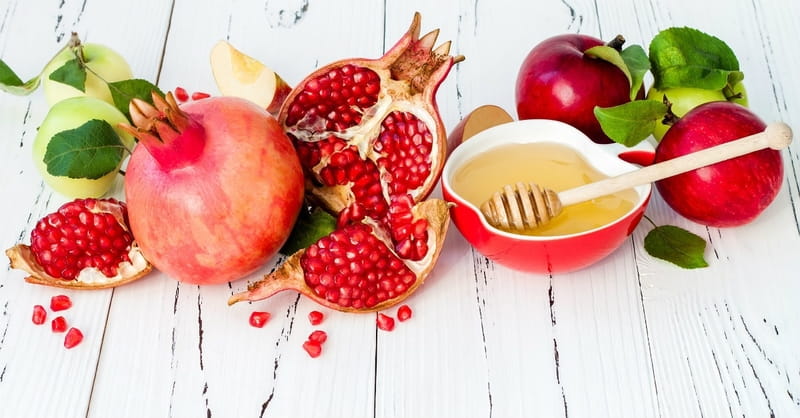 5 Things Christians Should Know about the Jewish New Year

As school begins again and the early whispers of fall swirl through the air, most Americans start to think of the holidays—Halloween, Thanksgiving, and Christmas. At the same time, Jewish people celebrate the beginning of a brand new year which opens with a month of their own memorials and celebrations.

There are five things Christians should know about the first holiday in the Jewish calendar: Rosh Hashanah.

1. What is Rosh Hashanah?

Rosh Hashanah is simply the Jewish new year. Translated, it means “head [beginning] of the year.”

2. What are the biblical origins?

The new year used to begin seven months earlier, but the Jewish calendar was shifted to make the Biblical “Feast of Trumpets” the first day of the year.

Little is said about the trumpet festival in Scripture; only four verses are dedicated to the topic (Leviticus 23:23-25 and Numbers 29:1). Those verses tell the Israelites that on the first day of the seventh month, the trumpets are to be blown for a memorial, and no one can work.

Pastor, teacher, and author Warren Wiersbe writes in Be God’s Guest: Feasts of Leviticus 23 that trumpets were traditionally used to announce something important and to gather people together.

Nehemiah 8-9 tells of Nehemiah’s return to Jerusalem with a portion of the Jewish people. It was on the Feast of Trumpets that they discovered the Scriptures which told them of laws, ordinances, and feast days they had neglected for many years. The realization of their failure led them to mourn deeply.

Jews for Jesus writes: “The feasting which Nehemiah commanded for the first of Tishrei was a key precedent for establishing the tenor and significance of Rosh Hashanah. The passage’s most salient emotions—sorrow for past wrongs and joy at the prospect of reconciliation—have imbued the holiday of Rosh Hashanah ever since.”

Rosh Hashanah is a call to repentance. It is a time when the Jewish people reflect on the shortcomings and failings of the year before and repent of their sins.

4. How is it celebrated today?

Rosh Hashanah is celebrated on a different date each year, determined by Jewish calculations. The holiday begins at sundown on the appropriate day, and for those outside of Israel, it lasts two days.

Those two days are filled with certain prayers and Scripture readings and attendance at a local synagogue, and the trumpet, or shofar, is blown 100 times.

Sour and bitter foods are given up in favor of sweet foods—pomegranates, wine, braided challah braid, and apples dipped in honey—which symbolize hope in a sweet new year.

A tradition called Tishlikh is also observed. Jews for Jesus, a prominent organization for Jewish evangelization, writes about the practice.

“During Tishlikh groups gather near a body of flowing water with fish…Then all those assembled empty their pockets into the water or scatter bread. The lint and other rubbish, or alternately the bread, cast into the water signify our past sins and misdeeds, an act inspired by a verse in the Book of Micah: ‘You will cast all their sins into the depths of the sea’ (v. 7:19b).”

The Jewish New Year marks the beginning of the high holy days. After the Feast of Trumpets, there are Ten Days of Awe meant for further repentance, making amends with others, and returning to God. The ten days culminate in Yom Kippur, the Day of Atonement. Sukkot, the week-long Feast of Tabernacles, brings the fall feasts to an end a full 21 days later.