Pastor Platt... We Don’t Need to Apologize for Praying 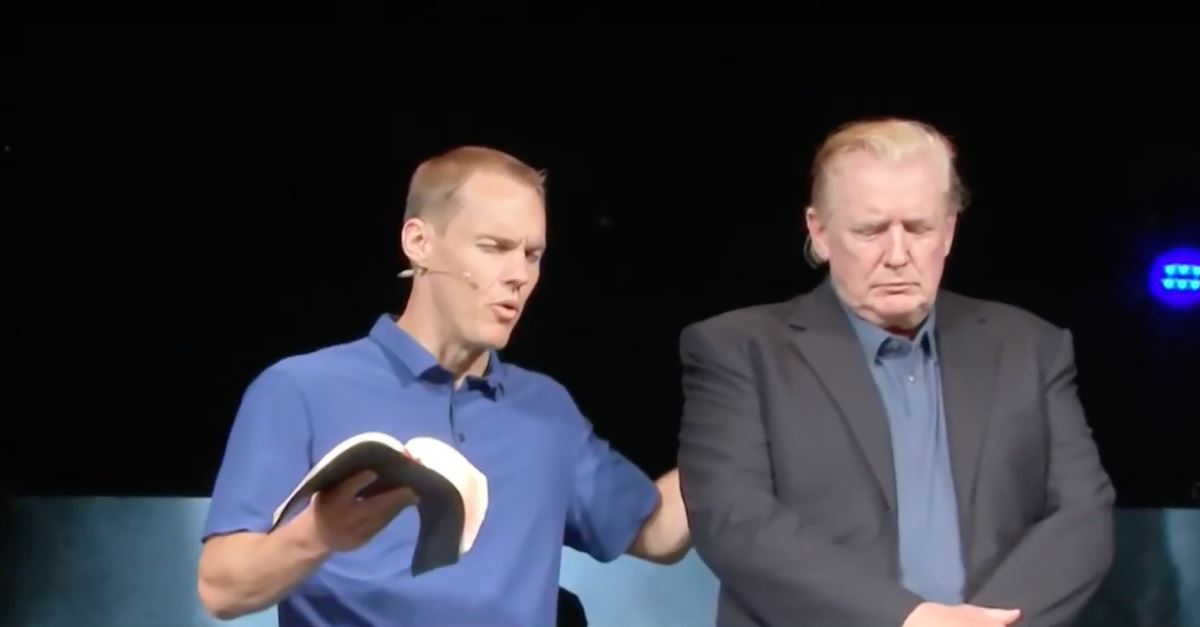 Pastor Platt... We Don’t Need to Apologize for Praying

In light of Pastor Platt’s apology for praying for the President in the Washington Times, I'm re-releasing this op-ed with a few additions. I was shocked to see an apology from pastor David to his congregation. While he didn't use the word "apology," he said, "I know that some within our church, for a variety of valid reasons, are hurt that I made this decision." There are no valid reasons and his back peddling comes across as damage control to many people. Granted, I don’t have all of the information, nor do I understand all of the dynamics that took place. But, in most cases, we do not need to apologize for praying for our leaders. We are commanded to do so, and we should answer our critics; read more here.

Over the last few decades, Americans have seen the destruction of the institution of marriage between a man and a woman, the removal of God’s Word in several areas, and the blatant murdering of millions of babies. This is an indictment against America and the pulpit is partially responsible—our silence and our apologies speak volumes.

The pulpit regulates the spiritual condition of God’s people which affects the nation. A lukewarm, sex-saturated culture simply reflects the lack of conviction in the pulpit as well as the pew. What type of Christian would be offended when their pastor prays for the President? It appears that party affiliation, and not genuine concern, is fueling the animosity.

Sadly, many pastors are exchanging truth for passivity, boldness for cowardliness, and conviction for comfort . . . most are not aflame with righteousness. We aim to be motivational speakers rather than preachers of righteousness. A paraphrase that is often attributed to Alexis De Tocqueville—a Frenchman who authored Democracy in America in the early 1800s, sums it up: “It was not until I went to the churches of America and heard her pulpits aflame with righteousness did I understand the secret of her success. America is great because she is good, and if America ceases to be good, America will cease to be great.”

Pastors (and Christian leaders alike) must take responsibility for the spiritual health of today’s church, and the nation. We don’t need more marketing plans, demographic studies, or giving campaigns; we need men filled with the Spirit of God.

Pastors, we are not just cheerleaders, we are game changers. We are called to stir and to convict so that change takes place. Granted, there are many wonderful pastors such as David—I appreciate his ministry, but, as a whole, the church has drifted off course. We often want to be politically correct rather than biblically correct. Here are four ways to offset this trend.

1. Return to the prayer closet.

Without prayer, “the church becomes a graveyard, not an embattled army. Praise and prayer are stifled; worship is dead. The preacher and the preaching encourage sin, not holiness…preaching which kills is prayerless preaching. Without prayer, the preacher creates death, and not life” (E.M. Bounds).

When God brings change, prayer has been the catalyst. Martin Luther prayed and the church was reformed. John Knox prayed and Scotland was revived. John Wesley prayed and America was restored. George Whitefield prayed and nations were changed. D.L. Moody prayed and America fell to her knees. Amy Carmichael prayed and India received the gospel. And so it goes…when you pray, you move the hand of God.

The dry, dead lethargic condition of the church simply reflects an impotent prayer life. While 5-minute devotionals and prayers are good, they aren’t going to cut it in these dire times. We need powerful times of prayer, devotion, and worship. “Without the heartbeat of prayer, the body of Christ will resemble a corpse. The church is dying on her feet because she is not living on her knees” (Al Whittinghill).

Sermons should not come from pop-psychology and the latest fad; they must come from the prayer closet where God prepares the messenger before we prepare the message. It takes broken men to break men. Unplug the tv, turn off Facebook, and get back into the Word of God, prayer, and worship.

2. Return to a separated life.

If a pastor fills his mind with the world all week and expects the Spirit of God to speak boldly through him from the pulpit, he will be gravely mistaken. “The sermon cannot rise in its life-giving forces above the man. Dead men give out dead sermons, and dead sermons kill. Everything depends on the spiritual character of the preacher” (E.M. Bounds). Who he is all week is who he will be when he steps to the pulpit.

3. Worship must be a priority.

A pastor who does not worship is not prepared to preach. Many sing “about” God but they have never truly experienced Him—head knowledge without heart knowledge. Styles of worship range from the old, beloved hymns to contemporary. All worship should be God-centered, Christ exalted, and doctrinally sound.

Worship allows us to shift our focus and praise toward God. Whether you prefer hymnals and organs or contemporary bands, is really not the issue. The issue is: are you truly worshipping God in “spirit and in truth”? He is the Creator of heaven and earth. He is not a cosmic force, universal love, or a doting grandfather; He is the King of Kings and the Lord of Lords. We must worship Him. He created, redeemed, and saved us. As one of the countless hymns declares so well, “O’ The Blood: washes me; shed for me…what a sacrifice that saved my life, yes, the blood, it is my victory!”

The church cannot neglect, water-down, or avoid preaching sin, repentance, or the fear of the Lord in the hope of not offending or securing an audience. Difficult truths often offend, and rightly so, sin put Christ on the cross. The goal of preaching is faithfulness to God, not crowd appeal. The church, as a whole, may have forgotten the fear of the Lord, but it doesn’t follow that we should.

Let it not be said of us today: And there arose another generation after them who did not know the Lord because pastors failed to be preachers of righteousness. The burden of responsibility rests squarely upon our shoulders. It’s our choice—stand or fall!