It’s Time to Turn Back to God 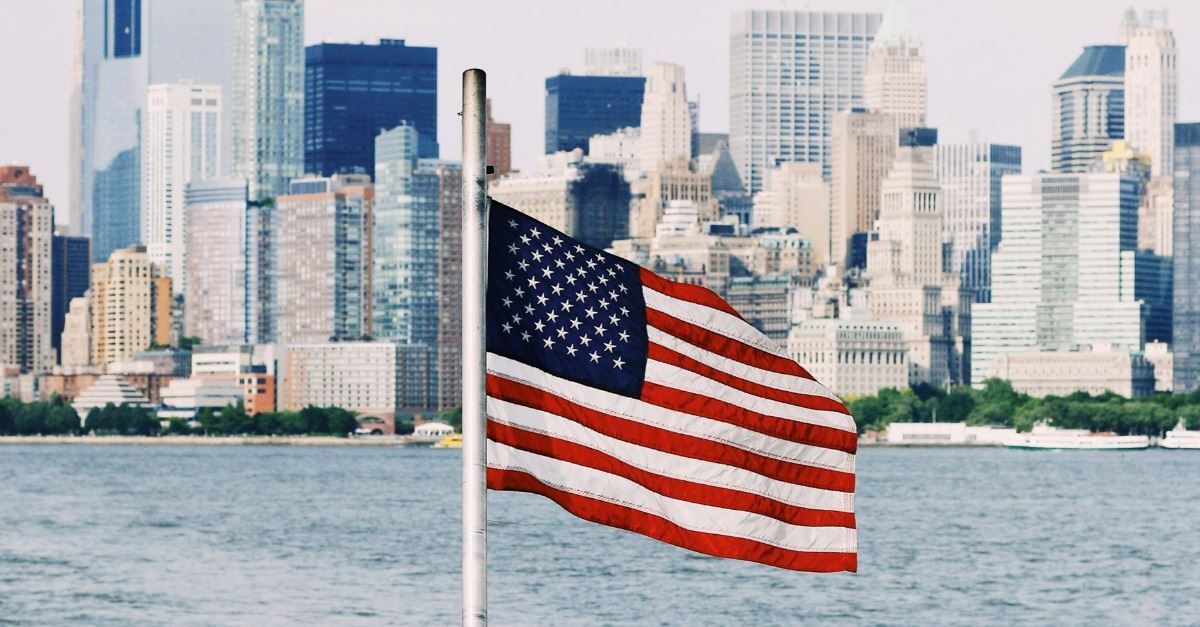 It’s Time to Turn Back to God

Churches have often served as the moral compass for the nation—to confront, challenge, encourage and exhort. And this is precisely where I’d like to focus this article.

It’s time for us to turn back to absolute truth and away from relativism—back to Christ and away from the broad road that leads to destruction. We must repent, ask for forgiveness, and seek restoration. We should not apologize for preaching God’s Word, redefine what He meant, or back down from conflict. We are in the midst of a spiritual battle. We will be hated for following Christ, mocked for believing in truth, and challenged for promoting righteousness. We are called to deny ourselves, pick up our cross, and follow Him. Clearly, the day of the passive church is over. We must lovingly preach righteousness in our pulpits again: “Righteousness exalts a nation, but sin is a reproach to any people” (Proverbs 14:34). Watch the short clip, America - Bring Back God, here

Richard Owen Roberts said it well, “The Lord has been so deeply grieved by the refusal of the church to faithfully proclaim the whole counsel of His Word in the power of the Holy Spirit that He has largely withdrawn from the church and left her to her own devices.” Roberts continues, “The heart cry of God is most certainly, ‘Return to Me, and I will return to you.’”

The greatest threat to Christians in America is not false religion, secularism, atheism, or any other “ism,” but compromise. When compromise occurs we avoid the difficult truths of the Bible and decentralize the Scriptures. We “play” Christian but compromise everything that Christ stood for. We have riches, wealth, and prosperity, but neglect the weightier matters—love, mercy, and forgiveness. When compromise reigns, we can easily become insensitive, indifferent, ineffective, unforgiving, unloving, and self-righteous. “Where does Christianity destroy itself in a given generation? It destroys itself by not living in the light, by professing a truth it does not obey” (A.W. Tozer).

America was great because many of her early leaders understood sacrifice and their need for God; they sincerely repented and turned to Him—they had genuine faith. Genuine faith is reflected in a transformed life, a love for God and His Word, sincere humility, selfless love, and true repentance. There is always a link between genuine faith and sincere repentance. Change will occur in America when there is a strong conviction of sin, sincere repentance, and genuine faith. Repentance is not an outdated, irrelevant word; it’s a positive word from the heart of God. Jesus, as well as John the Baptist, both began their ministry by proclaiming, “Repent, for the kingdom of heaven is at hand” (Matthew 3:2; 4:17).

Self-improvement is not repentance. Repentance is a change of mind that leads to a change in action—brokenness, genuine sorrow over sin, and humility are all marks of sincere repentance. Many wrongly confuse tears with repentance. It’s possible to be sorry, but not repentant. A penitent person sees sin as God sees it and turns from it. They do not want to continue in hurtful or harmful behavior. They accept full responsibility for their actions. At this point, tears often follow, and rightly so. The danger comes when arrogance and a hardness of heart, as we often see today, prevent us from turning to God.

The gospel—the good news that Jesus came to save sinners—is an insult to the world. Jesus said that His message of redemption would not be popular, but that it would be an offense to the world. For this reason, some cautioned me that this chapter would hurt the marketability of my book; but responsibility, not marketability, is my goal. Most people respect the truth and are hungry for it. We are to do what is right because it’s right, not because it’s popular. Jesus spoke the truth because of His love for the lost; we should seek to do the same. “To convince the world of the truth of Christianity, it must first be convinced of sin. It is only sin that renders Christ intelligible” (Andrew Murray). “The proud, self-justifying, self-reliant, self-seeking self has to come simply as a lost, undone sinner, whose only hope is a justifying Savior” (Norman Grubb).

Foundational doctrines such as the cross, sin, and repentance, were declared openly in the early hours of American history—when revivals and awakenings spread across our landscape—“the pulpits were aflame with righteousness.” Today, these foundational truths have been neglected, watered-down, or avoided altogether in the hope of “not offending,” “securing an audience,” or being “user-friendly.” Judgment is never mentioned; repentance is never sought; and sin is often excused. This can leave people confused and deceived because they believe in a crossless Christianity that bears no resemblance to Jesus’ sobering call to repentance. Repentance opens the lines of communication between God and man. Biblically speaking, if we are to see God change America, leaders must repent, and we must repent collectively as a nation. “You can be certain that at the forefront of every significant recovery from backsliding . . . the doctrine of repentance has been among the precious truths that God has quickened and used” (Richard Roberts).

As America falls deeper into self-reliance and further from reliance on God, our need for Christ has never been greater. It’s been said that one of the greatest mission fields in the world today is the United States. This is largely due to the fact that awe and respect for the Lord have been forgotten in America; yet, “The fear of the Lord is the beginning of wisdom and knowledge” (Psalm 111:10; Proverbs 1:7); Jesus also confirmed this in Matthew 10:28. However, we don’t want to focus solely on God’s judgment and what can keep us from heaven; we should also reflect on God’s goodness, love, mercy, and grace. For God so loved the world that He gave His only begotten Son, that whosoever believes in Him shall not perish but have everlasting life (John 3:16).

Take a minute and really ponder that verse. It’s been quoted so often that we sometimes miss the powerful, life-changing message: God loved us so much that He allowed His Son to die on a cross for our sins. This alone should inspire us to follow Him. It is a fact that two words from Jesus— “Follow Me” —have changed more lives than all the words of famous men combined. It’s time to return to Him.

Shane Idleman is the founder and lead pastor of Westside Christian Fellowship in Southern California and the WCF Radio Network. More can be found at ShaneIdleman.com, including free downloads of his eBooks.