Is America Racist & Ungodly? Can We Have American Pride? 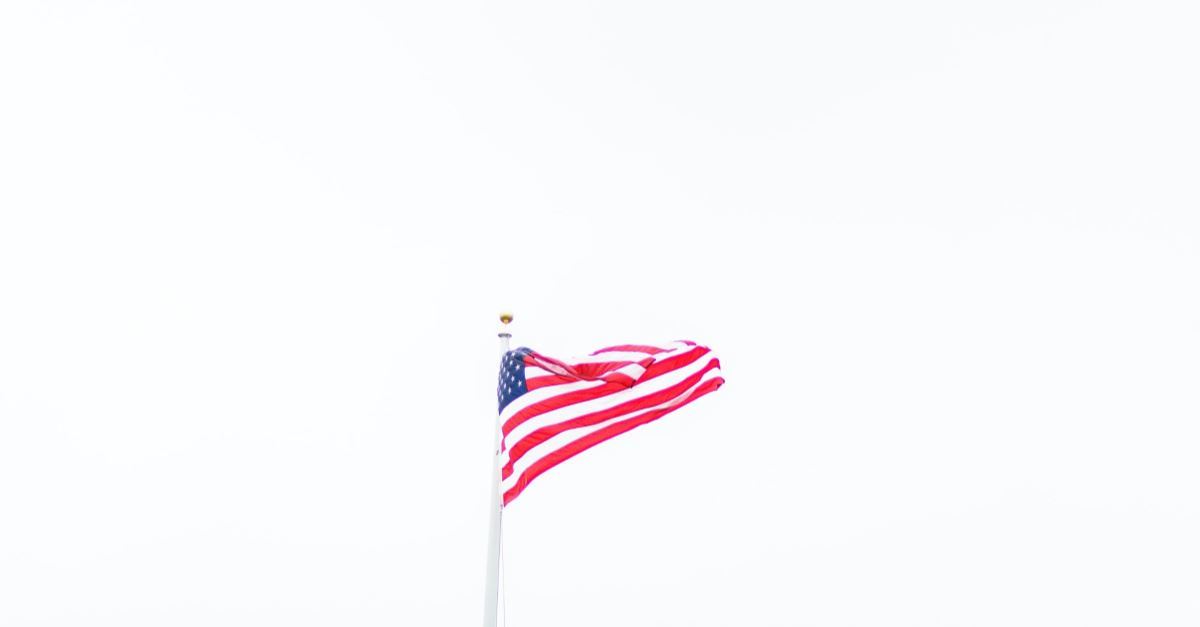 Is America Racist & Ungodly? Can We Have American Pride?

Newsweek magazine, on December 27, 1982, in an article entitled, How the Bible Made America, made this revealing statement, “historians are discovering that the Bible, perhaps even more than the Constitution, is our Founding document.”

To understand the core values of a nation, one must simply look to the beliefs set forth during its conception, and, in the case of America, during the transitional years of the American Revolution. Judge for yourself how far we have drifted from the original intent of early Americans. Consider the following below but first watch this quick clip.

Then: If a proposed article for the Constitution was not supported by, or rooted in the Bible, it was not considered. In their early writings, many of the Founding Fathers quoted or referenced the Bible nearly four times more than any other source.

Now: Even though creation screams “Creator,” the Bible is mocked, ridiculed, and discarded. To suggest that the universe was created by random chance and that humans came from primordial ooze, is the height of arrogance. “Only fools say in their hearts, ‘There is no God’” (Psalm 14:1).

Then: First introduced in 1766, William Blackstone’s Commentaries on the Laws, served as the legal reference for the Founders, as well as for many early American lawyers. Blackstone’s commentaries were deeply rooted in biblical principles. It’s been said that Blackstone was the first to use the phrase, “the laws of nature and of nature’s God.”

Now: “It is unconstitutional for students to see the Ten Commandments since they might read, meditate upon, respect, or obey them.” Stone v. Graham, 449 U.S. 39 (1980).

Then: John Jay, the first Chief Justice of the U.S. Supreme Court, said, “Unto Him who is the author and giver of all good, I render sincere and humble thanks for His manifold and unmerited blessings, and especially for our redemption and salvation by His beloved Son.”

Now: Students can’t pray in the name of Jesus during school graduation ceremonies, the military is removing the cross from many base churches, and the Courts are trying to eradicate God from all areas of life. God help us!

Then: Noah Webster, the Founding Father of American Scholarship and Education, said, “In my view, the Christian religion is the most important and one of the first things in which all children, under a free government, ought to be instructed...."

Now: Many students are criticized when they read their Bibles in public, or at school. Christianity is challenged, mocked, and ridiculed while most other beliefs are accepted and embraced. Sadly, in order to be politically correct, Noah Webster’s Scripture references have been withdrawn from recent editions.

Then: The Delaware Constitution initially required that everyone appointed to public office must say, “I do profess faith in God the Father, and in the Lord Jesus Christ his only Son….” Many other Constitutions such as Maryland, New Jersey, Virginia, and Connecticut all acknowledged their reliance on God.

Now: Those who run for office and profess a faith in Jesus Christ are viewed as fanatical and/or extreme, and are often criticized by the media.

Then: In 1790, Dr. Benjamin Rush, signer of the Declaration of Independence, said this about public schools, “But the religion I mean to recommend in this place is that of the New Testament….”

Now: Most public schools avoid doctrines of the New Testament. In Roberts v. Madigan (1989), for example, the court ruled: “It is unconstitutional for a classroom library to contain books which deal with Christianity, or for a teacher to be seen with a personal copy of the Bible at school.” (Granted, courts have ruled that the Bible can be used, in some cases, for historical and literary purposes.) But the message is clear: “Get God out and Darwin in.”

Then: “The first and primary duty of government is to protect innocent human life” (Thomas Jefferson). “Nobody has the freedom to choose to do what’s morally wrong” (Abraham Lincoln).

Now: If the names of all the babies who have been aborted since the early 1970s were placed on a monument (much like that of the Vietnam Memorial Wall), it’s been estimated that the monument would span over 35 miles. Although many protest guns and war, very few speak out against abortion. The womb is no longer the safest place, but one of the most dangerous. Planned Parenthood is not an asset to the community; it’s a liability. It’s a travesty!

It’s unbelievable how far we have drifted from the truth. And we’ve only touched the tip of the iceberg.

Clearly, most of America’s founders and early settlers wanted the Bible, prayer, and biblical principles so entrenched within society that nothing would remove them. This is why John Adams, one of the signers of the Declaration of Independence, rightly said, “The general principles on which the fathers achieved independence were . . . the general principles of Christianity.” And many of the Founders actually found against slavery. So, although we do have racism, America as a whole was/is not racist. Again, watch this short clip.

The list could go on and on: From Harvard to Yale, from the Supreme Court to the local courts and the public school system, historically, the theme remained the same—God’s Word was to be the foundation on which America was built!

As yet another example, consider the 1642 Rules and Precepts of Harvard University founded by Reverend John Harvard: “Let every student be plainly instructed, and earnestly pressed to consider well, the main end of his life and studies is, to know God and Jesus Christ which is eternal life (John 17:3).” The Rules continue, “and therefore to lay Christ in the bottom, as the only foundation of all sound knowledge and learning.”

What would those at Harvard say today? America—then vs. now. It’s almost unbelievable.