Another Kind of Religious Leader Must Arise 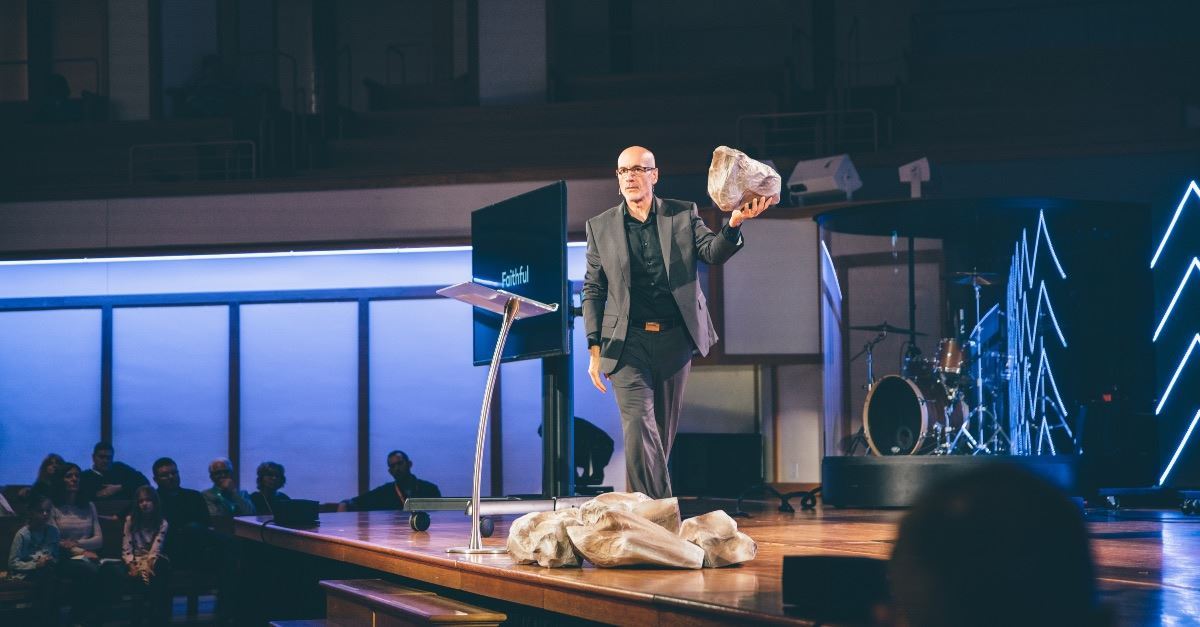 Another Kind of Religious Leader Must Arise

As I’ve stated before: With rapid-fire changes within a culture saturated by political correctness and relativism, we are inclined to ask if there is any hope for America. If we continue down this slippery slope, there is little hope. Apart from a national spiritual awakening, it will be difficult to turn the Titanic around—the vessel has been struck; what's inside is spilling out. But if God brings revival...if we once again set our hearts and minds on Him...there is tremendous hope. Revival means to awaken, restore, renew, or repair. In churches across America, crowd appeal and pleasing the masses tends to be the goal rather than calling out destructive lifestyles, which can result in revival and renewal.

A.W. Tozer in an article entitled, Prophetic Preaching, hit the nail on the head when he wrote this, decades ago: “If Christianity is to receive a rejuvenation, it must be by other means than any now being used. If the Church in the second half of this century is to recover from the injuries she suffered in the first half, there must appear a new type of preacher.”

Tozer also said, “The proper, ruler-of-the-synagogue type will never do. Neither will the priestly type of man who carries out his duties, takes his pay and asks no questions, nor the smooth-talking pastoral type who knows how to make the Christian religion acceptable to everyone. All these have been tried and found wanting.”

He concludes, “Another kind of religious leader must arise among us. He must be of the old prophet type, a man who has seen visions of God and has heard a voice from the Throne. When he comes (and I pray God there will be not one but many), he will stand in flat contradiction to everything our smirking, smooth civilization holds dear. He will contradict, denounce and protest in the name of God and will earn the hatred and opposition of a large segment of Christendom. Such a man is likely to be lean, rugged, blunt-spoken and a little bit angry with the world. He will love Christ and the souls of men to the point of willingness to die for the glory of the One and the salvation of the other. But he will fear nothing that breathes with mortal breath.”

Those who have been called to preach, much like the prophets in the Old Testament, will confront compromise, condemn moral digression, and powerfully denounce sin in the hope of reconciling man to God—they speak the truth in love. The world, and carnal Christians, despise them because they challenge the sin they enjoy.

Preachers will ruffle feathers and step on toes from time-to-time, but it should be the result of the truth being spoken in love verses the preacher having an arrogant and judgmental heart. In a sense, a preacher is called to break the heart, a pastor to mend it; one concentrates on repentance, the other restoration. Although there can be a mixture of both preacher and teacher in a person, there is often a clear difference. Pastors (and teachers) aim for the mind; preachers aim for the heart, will, and emotions—to stir and to convict. Often…

The pastor loves to listen—the preacher needs to speak.

The pastor sees the good in others—the preacher sees the depravity in man.

As the famous Puritan Richard Baxter said, “I preach as a dying man to dying men”... as a dying man to a dying nation. The church, and our nation, desperately needs to hear “the voice crying in the wilderness” to awaken, convict, and restore.

All pastors should ask, “Does the world love the way we ‘do church’?” Do they appreciate that your church never challenges, or calls things into question? Do they like the fact that your church never makes them feel uncomfortable or offended? Are they grateful that you never discuss controversial issues? If so, you may want to reconsider Jesus’ words that true disciples will be hated by the world because they speak the truth, not because they avoid it.

Leonard Ravenhill, in Why Revival Tarries, wrote, “God has always had His specialists whose chief concern has been the moral breakdown of the nation and the church. Such men were Elijah, Jeremiah, Malachi, and others of their kind who appeared at critical moments in history to reprove, rebuke, and exhort in the name of God and righteousness. Such a man is likely to be drastic and radical; the curious crowd that gathers to watch him will soon brand him as extreme, fanatical, and negative...and, in a sense, they are right...for he cannot turn off the burden of the Holy Ghost.”

I pray that God would raise up many humble preachers—men who allow God to shape their sermons and penetrate their hearts to bring America, and the world, to her knees.