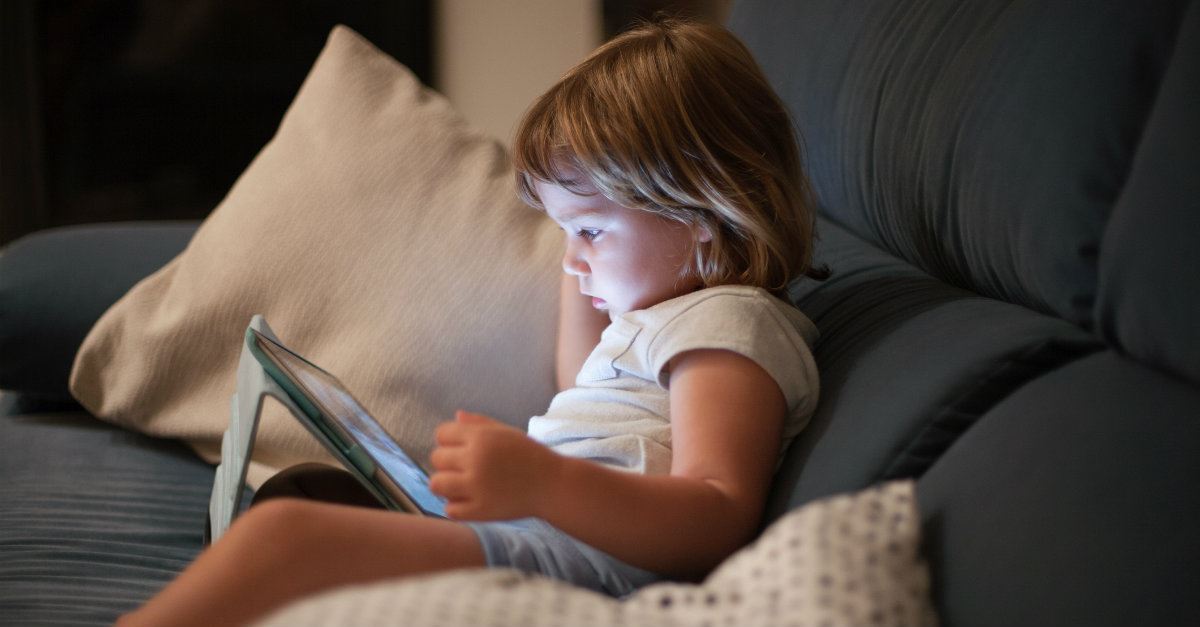 *The following is excerpted from an online article posted on TechCrunch.

In news that will surprise few but still alarm many, a study has found that kids 2-5 years old who engage in more screen time received worse scores in developmental screening tests. The apparent explanation is simple: when a kid is in front of a screen, they’re not talking, walking or playing, the activities during which basic skills are cultivated.

The topic is a thorny one, as there are plenty of arguments on both sides as to the possible pros and cons of screen use at an early age, and as with any other topic pertaining to parenting, it is immediately personal to many people and reliance on anecdote is common. It’s only through studies like this one, these and other researchers note, that we can begin to be sure of anything.

The study, from the University of Calgary psychologists and published in the JAMA journal Pediatrics, examined the effect of screen time during a developmental period on performance in basic skills at the end of each period — specifically, at 24, 36 and 60 months old. Caregivers reported average screen time, and also filled out standard questionnaires on motor and communication skills.

The exact mechanism can’t be tested with the present data, but lead author Sheri Madigan suggests it isn’t exactly mysterious:

“A lot of the positive stimulation that helps kids with their physical and cognitive development comes from interactions with caregivers,” she said in a University of Calgary news release. “When they’re in front of their screens, these important parent-child interactions aren’t happening.”

And not just those, either. The paper explains in a bit more detail: "when young children are observing screens, they may be missing important opportunities to practice and master interpersonal, motor, and communication skills. For example, when children are observing screens without an interactive or physical component, they are more sedentary and, therefore, not practicing gross motor skills, such as walking and running, which in turn may delay development in this area. Screens can also disrupt interactions with caregivers by limiting opportunities for verbal and nonverbal social exchanges, which are essential for fostering optimal growth and development."

The implication isn’t that screen time is inherently bad but that it risks replacing the “high quality caregiver-child interactions” that are so critical at this period of development. The solution therefore is not necessarily less screens, but more and better time spent with the kid.