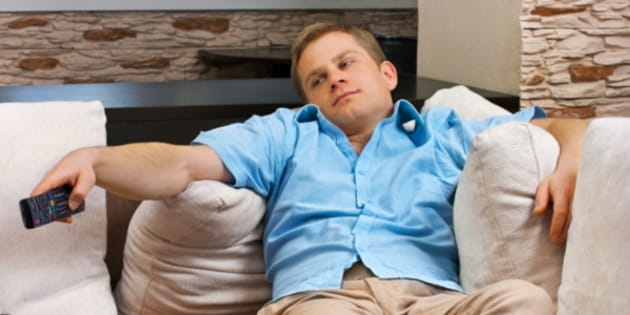 I’m not a sports fan, though if the NFL gave up the ghost tomorrow, I would feel sad for my son and other fans. And I’d feel badly for the guys on sports talk radio who, I estimate, spend forty to fifty percent of their annual airtime on professional football.

Which is to say that while I’m not a sports fan, I am a fan of sports talk radio.

Since my home is just outside of Washington, DC, the big news is always the Redskins who, to hear the talk this past summer, were going to be the team to beat in the NFC East.

After all, we have “RG3,” that is, quarterback Robert Griffin III. He and the Redskins got off to a slow start in 2012, but finished the season with an impressive seven-game winning streak.

So even after Griffin’s off-season knee surgery and rehab, it was with high hopes and great anticipation that sports talkers and callers licked their lips speculating about the Redskins and the playoffs.

After getting crushed by the San Francisco 49ers last Monday night and losing to the New York Giants on Sunday, the team remains dead last in their “weak” division. More punishment is expected in the last weeks of the season.

As a non-fan, I’m never sure whether to root for or against the Skins. On the one hand, while the words were writing about baseball, there is something seemly when we “Root, root, root for the home team,” believing, “If they don’t win it’s a shame.” On the other hand, sports talk is much more interesting when the Redskins lose. At this point, it’s a feeding frenzy.

When Mike Shanahan became the Redskins’ head coach in 2010 after several disastrous seasons, he was hailed as the messiah, someone well worth $35 million for five years (and presumably one or more Super Bowls). Then he hired successful veteran quarterback Donovan McNabb and he too was hailed as the messiah—until it turned out he wasn’t and they fired him. Finally Shanahan drafted RG3 who was unquestionably the franchise’s messiah and guarantee of the future.

Now angry fans are calling for Mike Shanahan’s head and are all over RG3. He can’t adapt his game to his knee problems. He can’t read the defense. He still makes rookie errors, and on and on and on. It’s gotten so toxic that Mike Wise, a sports columnist and former talker, recently wrote, “Enough already with the woodshed treatment of a guy anointed as a savior in cleats and chinstrap mere months ago.”

But it won’t stop. Humans, you may have noticed, are ever on the lookout for messiahs who will solve all our problems. When the messiahs fall short of expectations, we excoriated, rejected, and, if possible, crucified them.

We do it as sports fans and we do it as voters. Candidate Obama, the messiah of 2008, has dismal approval ratings these days.

But, no doubt, in 2014, along with having a great Redskins line up, we’ll elect the people who will save us from the mess we’re in. No doubt.

People still believe that, but I no longer understand why. We should be wise citizens who elect and support the best leaders we can find, but we need to understand, as Chuck Colson used to put it, that the Kingdom of God will never arrive on Air Force 1. There are not now and never will be messiahs in Washington, DC.

The Season of Advent leading up to Christmas began on Sunday. And I love that the first two weeks are not about the birth of the baby Messiah in Bethlehem, that is, Christ’s first advent. They focus instead on his Second Advent, that great day in the future when he returns and the only one who can fix the mess we’re in will fix the mess we’ve been in since Adam and Eve’s ill advised snack.

It kind of puts sports and politics and just about everything else into perspective, doesn’t it?

James Tonkowich is a writer and scholar at The Institute on Religion & Democracy where his focus is the intersection between faith and the public square, where worldview makes all the difference in the world. Jim worked with Chuck Colson, managing his daily BreakPoint radio commentary, founding a magazine, writing, speaking, and developing curriculum including the Centurions Program. He is a regular contributor to ReligionToday.com and also works with The Cornwall Alliance for the Stewardship of Creation, Oxford House Research, and other policy institutes. Learn more about Jim at JimTonkowich.com.