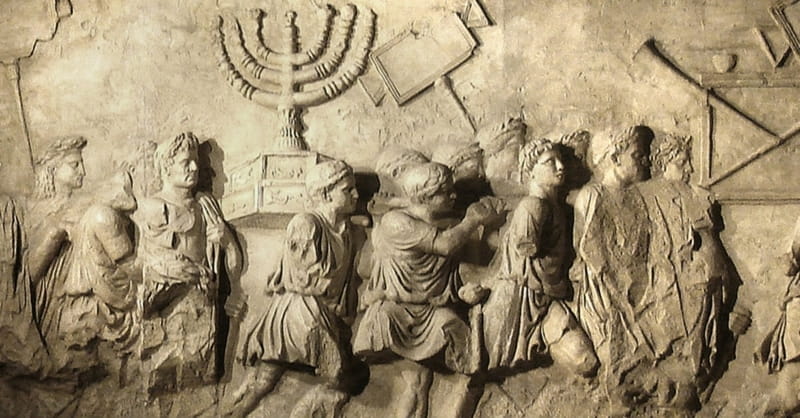 The approval of a UNESCO resolution calling Israel an “occupying power” in Jerusalem and demanding that it rescind control over the Temple Mount is but the latest foolish and ill-advised attempt by Israel’s critics in the United Nations to erase Jews from their own history.

Too many of the 24 countries that voted for UNESCO’s resolution are places where Jews have lived for centuries before being murdered, or forced to flee, many to Israel.

In recent memory, Jews were “erased” from countless towns and villages across Europe, first through the use of pogroms in czarist Russia, then by the Nazis and their accomplices. Jewish communities across North Africa and the Middle East were wiped out after that. All that remains in these places are the hulks of Jewish buildings and many, many graves.

Responding to this UNESCO vote, Israel’s prime minister, Benjamin Netanyahu, invoked the ultimate symbol of Jewish exile, the Arch of Titus in Rome: “Engraved in the Arch of Titus you can see the seven-branched Menorah, which was and remains a symbol of the Jewish people and is also a symbol of today’s Jewish state,” he said.  “Soon UNESCO will say that the Emperor Titus was in the business of Zionist propaganda.”

Netanyahu’s description is quite accurate. There is no historical basis for ignoring the Jewish presence in Jerusalem. Literary sources, from the New Testament to the historian Josephus to the Talmud and the hadith, attest to this reality. Moreover, there are the archaeological remains of Jewish Jerusalem before Titus’ destruction of the Jerusalem Temple in the year 70. It was the largest temple compound in the Roman world, and its remains are still monumental.

The Arch of Titus menorah, the best-known artifact taken from the Jerusalem Temple by Titus’ legions and memorialized on his triumphal arch a decade later, was chosen early on as a symbol for modern Israel precisely because its connection with Judaism was apparent to all.

For two millennia Jews looked to the Arch of Titus menorah carried into exile in Rome and saw the ghastly image of their own exile from Jerusalem — their own erasure from the holy city.

As one ancient poet mourned, invoking the menorah: “the lamps of Zion have been extinguished.”

After modern massacres and exiles of incomprehensible cruelty, Jews confronted with the reality of genocide and ethnic cleansing undertook to use the tools of modern nationalism to return to their ancestral land. Almost naturally, the Arch of Titus menorah was chosen to illuminate the way.

The modern rivalry over Jerusalem that ensued has been an intense one, and the vortex of this conflict has been the Western Wall and the Temple Mount/Haram al-Sharif.

International leaders have struggled to find a way to satisfy the deeply felt attachments of both Jews and Muslims to this holy place, but with little success.

Repeatedly, UNESCO member states have chosen to erase the claims of Jews and to give precedence to rather extreme Muslim claims. What this means, of course, is that UNESCO states, some of which successfully “erased” Jews from their territories through physical extermination during the 20th century, are once again trying to do so with vitriolic rhetoric.

But the historically fallacious erasure of Jews and Judaism from the Western Wall and the Temple Mount/Haram al-Sharif is no answer to the problems of Jerusalem. In fact, it is deeply destructive to both sides.  It breeds distrust in Jews and is false comfort for those who prefer that Israel disappear. Such one-sided acts only make this tragic conflict worse, energizing the claims and apocalyptic dreams of fanatics on both sides.

The “peace of Jerusalem” for which all of us — Muslims, Christians and Jews — pray is an elusive one. A satisfactory (albeit never perfect) solution lies in mutual recognition that all three of the Abrahamic religions are at home in the holy city. One-sided international pronouncements are no answer. Jerusalem and all who love her deserve better.

Steven Fine is the Dean Pinkhos Churgin Professor of Jewish History and director of the Center for Israel Studies at Yeshiva University in New York City, and author of  “The Menorah: From the Bible to Modern Israel”

Photo: The Arch of Titus menorah