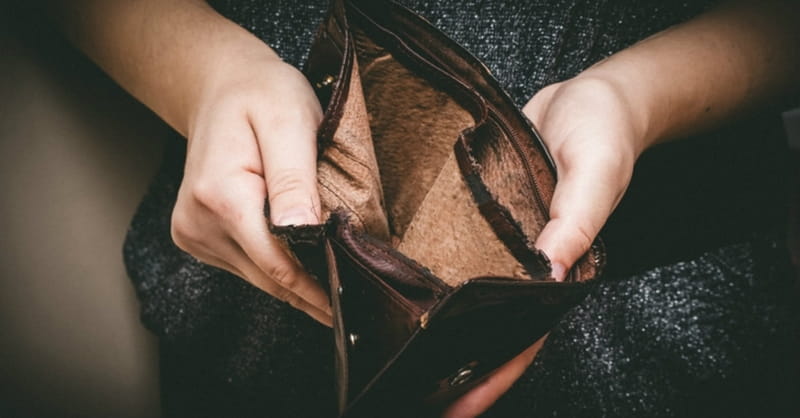 In a recent incident in Tennessee, a woman claimed her purse and wallet were used miraculously by God. As the woman and her husband were pulling into the parking lot of their apartment, they heard “popping” sounds. After getting out of their car, they saw several bullet holes on one side of the vehicle. A few minutes later, the woman discovered a hole in her purse and a bullet lodged in her wallet. When reporting the incident to the press, she told them she believed God used her wallet as a shield: “Just by the grace of God. It`s a miracle to keep me or him from getting hit.”

When I was an atheist, I would roll my eyes at statements like this.

In my mind, Christians were always attributing accidents, coincidences, and chance events to the “miraculous” work of God. I rejected such nonsense. I was a “philosophical naturalist,” and as such, I believed that every event (including this one in Tennessee) could be explained with purely “naturalistic” explanations. The bullets that entered the car took a trajectory that was dictated by the material properties of the vehicle and the laws of physics. Nothing more. The bullet just happened to land in the woman’s purse. Unusual – perhaps - but no big deal, and certainly not an act of God.

I admit that I also believed in miracles – of a sort – when I was an atheist. Dictionary.com provides the following definition of a “miracle”:

“An effect or extraordinary event in the physical world that surpasses all known human or natural powers and is ascribed to a supernatural cause.”

They also provide this definition of “supernatural”:

“Of, pertaining to, or being above or beyond what is natural; unexplainable by natural law or phenomena; abnormal.”

Given the way these terms are defined, nearly everyone believes in one kind of miracle or another, including those who reject the existence of a supernatural God. Even as an atheist, I too accepted the reasonable reality of at least one supernatural event.

I embraced the Standard Cosmological Model offered by physicists to explain the origin of the universe. It is known as the “Big Bang Theory,” and it proposes that all space, time, and matter (the attributes we typically think of when describing the natural realm) had a beginning. Everything came into existence from nothing at a point in the distant past. I accepted this model of the universe’s origin, even though it presented me with a problem.

If all space, matter and time came into existence at some point in the past, whatever caused them to leap into existence cannot (by definition) be spatial, temporal or material. In other words, the cause of the natural universe does not possess any of the attributes of the natural realm (i.e. space, time or matter). See the dilemma? My naturalistic belief in “Big Bang Cosmology” required an extra-natural “Big Banger.”

The non-spatial, a-temporal, immaterial first-cause of the universe clearly fits within the definition of “supernatural” we’ve described. The cause of the universe is, by definition, “above or beyond what is natural” (in that it does not possess the attributes of the natural realm) and cannot be explained “by natural law.”

After becoming a Christian, I eventually wrote about this in a book called God's Crime Scene: A Cold-Case Detective Examines the Evidence for a Divinely Created Universe. The beginning of the universe from nothing is actually evidence for the existence of an all-powerful, non-spatial, a-temporal, immaterial God.

The most spectacular and impressive miracle recorded in the Bible is recorded in the opening line of Genesis, Chapter 1: “In the beginning God created the heavens and the earth.” Christians believe the beginning of the universe was a supernatural event. As a skeptic investigating the claims of Christianity, I eventually had to admit that I also accepted the origin of the universe as a supernatural, miraculous event, and if God had the power necessary to create everything from nothing, he could probably pull off the miracles described in the New Testament. In fact, He might even be able to use a wallet to stop a bullet.

J. Warner Wallace is a Cold-Case Detective, Senior Fellow at the Colson Center for Christian Worldview, Adj. Professor of Apologetics at Biola University, and the author of Cold-Case Christianity, God’s Crime Scene, and Forensic Faith.