Why I’m Thankful for Billy Graham 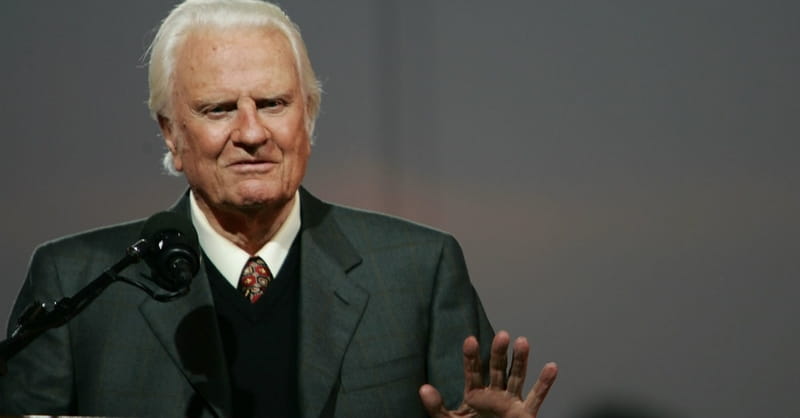 Why I’m Thankful for Billy Graham

In 1970, a 20-one-year old young man, born into a dysfunctional home fractured by alcoholism, walked forward with his mother at the showing of a Billy Graham movie in a Chicago-area theater. The next year he attended a crusade, part of the 1971 Chicago campaign.

The man who trusted in Christ that night in the movie theater was my father. Dad had been introduced Graham by his older sister, Sandy, who said, “Mike, you need to watch this man on TV.”

A few years later, a young Jewish woman named Holly started a job at a Big Boy in the suburbs of Chicago. One of her new colleagues was a girl named Sandy Darling. Sandy immediately began telling her about Jesus. She also began setting up her brother, Michael, with Holly. A few years later, Holly became a Christian. In 1976, she married my father. “Dad was on fire for Jesus because Billy Graham was on fire for Jesus,” she now says. “At first I thought it was a little crazy, but the more I listened, the more the gospel resonated in my heart.”

This is why, when I heard the news of Billy Graham going to be with the Lord, I was overcome with emotion. I wasn’t thinking about the presidents with whom he dined or the millions who heard him preach or the media outlets around the world that offered generous tributes. I was thinking of a troubled family, a directionless young man, and a Jewish girl.

Graham preached to millions, but I’m most thankful for the one soul who heard him that Chicago night and how God birthed something new. My father and my aunts gave their lives to Christ. Much of my mother’s family converted, including my Jewish grandparents, who late in life saw Jesus as their Messiah.

God used Billy Graham’s ministry to shape me, even before I was born. The gospel I am now privileged to preach is the same gospel I heard from my parents, who heard it from Graham, who heard it from someone else. This is the long line of gospel witness, the crimson thread that runs from Calvary to the New Jerusalem. My family is one small example of the way Christ builds his church through faithful, redeemed, flawed messengers obedient to his call. Paul asked, rhetorically, “How will they hear without a preacher?” (Rom. 10:14). I’m thankful Billy Graham, in that moment in history, was that preacher.

I am also thankful for the way my life has been shaped by institutions Graham launched. My first published piece and much of my work has appeared in publications of Christianity Today. My theological training took place at Southern Baptist Theology Seminary’s Billy Graham School. And I was mentored in pastoral ministry by a man who became a Christian and a pastor after hearing Billy Graham on the radio in his small town in Canada.

As a pastor, Graham’s life has inspired me to be more faithful in sharing the good news with those who have not heard. I once preached the funeral of a young man who inexplicably died in his sleep after some routine dental work, a death that shocked an entire community. I was nervous about what to say to the 500 or so people who would be attending, many who were unchurched. Then I read some of Graham’s old gospel sermons and realized that people don’t hear Jesus through our eloquence but through earnest, compassionate, authentic gospel presentations.

It’s what Dad heard that night in Chicago. It’s what Graham’s listeners heard, whether he was in Nashville or North Korea, the White House or a private conversation, in print or in person:

Just as I am, without one plea

But that thy blood, was shed for me.

And that Thou bidst me come to Thee,