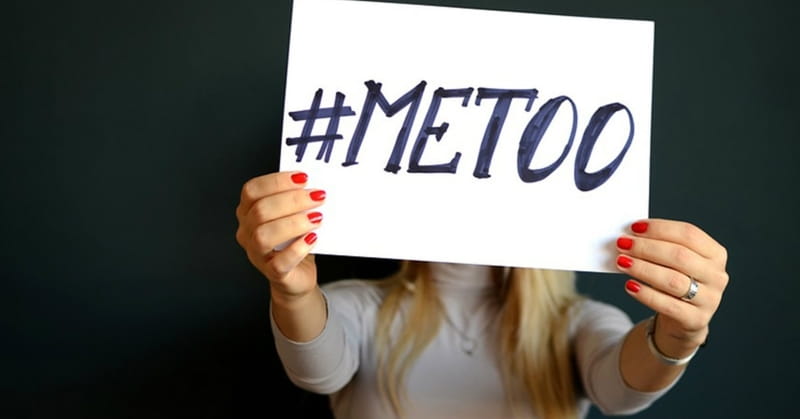 Over the past several months our society has experienced a monumental shift in the treatment of women — particularly in regard to how they are treated by men in power.

Dozens of stories of men coercing women into sexual encounters by using their power over them have emerged. Prominent men in almost every industry have fallen from grace. Women have risen up to say “no more.”

Last week, Hollywood made a bold statement as women and men paraded down the Golden Globes red carpet wearing black in solidarity with the #TimesUp and #MeToo movements. Though this display of support won’t replace real action, it is a sign that Hollywood is saying mistreating and abusing women in any form will no longer be tolerated.

Contrast that with what is happening in the Christian Church.

On Jan. 7, prominent Memphis pastor Andy Savage admitted to a sexual encounter with a high school student 20 years ago, after the woman involved made her story public. He received a standing ovation from his congregation after asking for forgiveness.

What are we doing, Church?

The Church has operated under a cloud of shame and silence for decades. I experienced this firsthand when I came to my church for help as a victim of domestic violence. After years of enduring physical, mental and emotional abuse, I filed for divorce and turned to my lifelong church for aid.

Instead of helping, my church instead called me before church discipline as punishment for divorce. My ex-husband received no condemnation.

During my years in women’s ministry, I have seen my story repeated dozens of times. I’ve met women who weren’t believed or who were returned to their abusers with the admonishment to “submit.” We’ve seen similar stories play out in the news, but for every woman brave enough to bring her story to the press, there are likely hundreds more suffering in silence.

While secular society has recently rushed to correct its mistakes in silencing women, the Church seems to be doubling down. Instead of condemning the abuse of a high school student, a congregation supported its pastor without question. There was no talk of how a church should handle these incidents or the emotional consequences experienced by the woman involved. Instead, the congregation only discussed forgiveness for Andy Savage and remorse that his victim was not on the same “road to healing.”

The Church should always set the moral example for the rest of the world, and on this issue we have failed. We’ve sat back and allowed Hollywood to take responsibility for advocating for women instead of rising up against the sin in our midst. While the Church should practice grace and forgiveness, there must be real, tangible consequences for sexual misconduct — especially when it involves a minister using his power to coerce women into sexual acts.

It’s time for leaders to take women seriously. When a woman comes forward, whether she’s sharing about domestic violence or sexual misconduct of a minister, there needs to be a swift response from church leadership. Her safety — both emotional and physical — must be of utmost importance. The leadership’s first instinct should be her care, not determining “whether she’s telling the truth” or “whether she participated willingly.”

If pastors across the nation don’t take immediate steps to advocate for the women in their congregations by speaking out against domestic violence and sexual misconduct, we are abdicating our role as the moral compass of our nation. We cannot expect America to look to us for guidance when we are disregarding the care of half the population. If we give up our responsibility on this issue, we give it up on every issue, from race relations to marriage.

If #TimesUp for Hollywood, it’s way past due for the Church.

Autumn Miles is a Christian author, speaker and radio host. A survivor of domestic violence, she is an advocate for abuse victims and has partnered with LifeWay Research to study how the issue is treated in the Church. The views expressed in this opinion piece do not necessarily reflect those of Religion News Service.