What Your Face Says About You and Your Creator 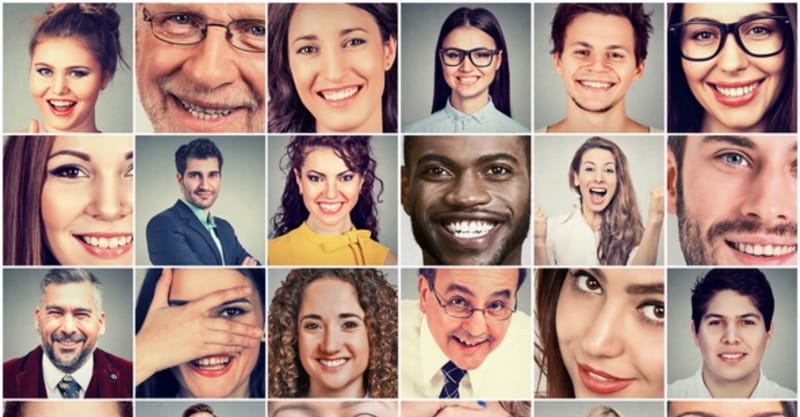 What Your Face Says About You and Your Creator

You get less than one second to make a favorable first impression.

Research from Alexander Todorov, a professor of psychology at Princeton, has shown that people can make judgments about someone’s likeability, trustworthiness, and competence after seeing their face for less than a tenth of a second.

According to Todorov, as a face becomes happier, a person becomes more trustworthy.

If such information bothers you, there are some things you can do to help yourself become more likable, says Jack Schafer, a psychologist and retired FBI special agent turned likeability coach.

Our bodies are always looking for “friend or foe signals,” says Schafer.  Therefore, when meeting someone new Schafer advises we do the following:

Making quick judgments may seem shallow, but we all do it.  Furthermore, research proves such assessments carry long-term implications, from affecting elections to financial decisions:

Thankfully, God’s doesn’t rely on first impressions when He looks at us.

God’s viewpoint of us – and His perspective of time – is entirely different. God not only likes us but also loves us!  He created us and sees our whole life at once.  He looks at our present, past (including the mistakes we try hard to hide) – and most importantly, our future.  We need to remember that all our days were written in His book before one came to pass (Psalm 139:16

If God doesn’t make hasty decisions about us but considers our entire lifetime, perhaps we should pause before judging others. While we’re at it, we should also cut ourselves some slack.

Now is a good time to exhale, look at how far we’ve come, and believe there is hope for our future (Jeremiah 29:11).

In the movie Wonder, an inspiring story about a boy named August “Auggie” Pullman who was born with facial differences, there is a beautiful conversation between mother and son.

“We all have marks on our face,” says Isabel, Auggie’s mom.

We all have marks on our face and life that can affect first impressions, but we must never underestimate the power of God’s grace in shaping who we will become.

Laura Lacey Johnson is a cutting-edge faith and culture writer who focuses on everyday headlines. In addition to speaking, she is a regular contributor to ChristianHeadlines.com and American Family Radio. To read Laura’s latest work on the headlines, visit www.lauralaceyjohnson.com.