Was Jesus a Historical Figure? 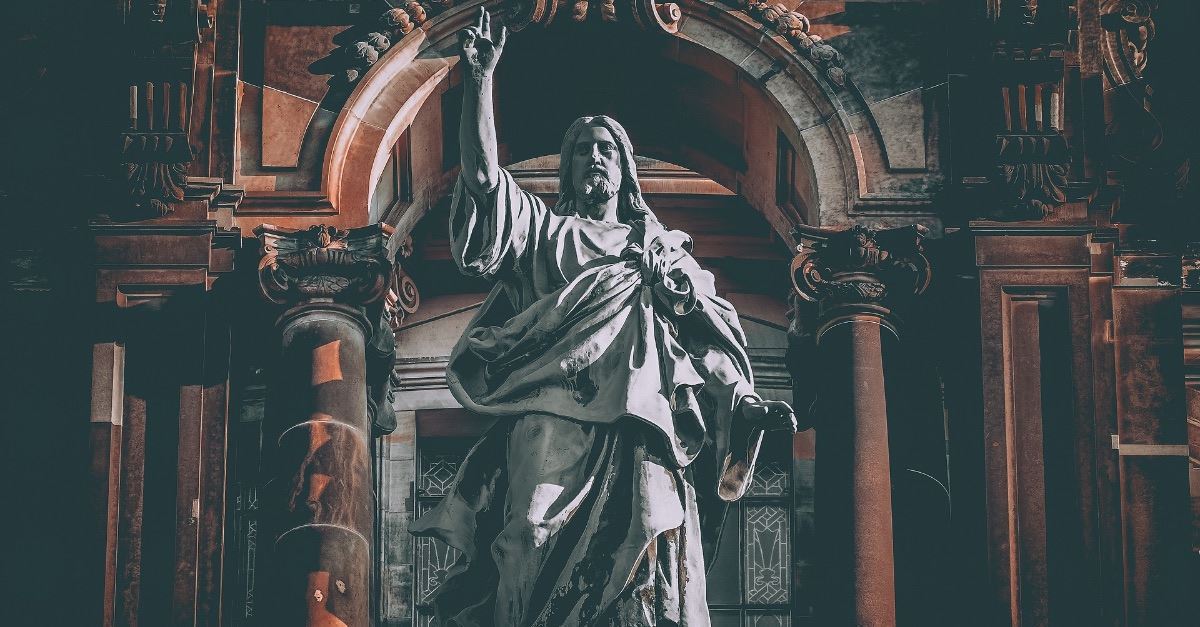 Was Jesus a Historical Figure?

Two separate sources recently questioned the historicity of Jesus. But let us set the record straight.

First, on a comedy show on TBS, “The Guestbook,” just before Christmastime, one of the characters likened belief in Jesus to belief in Santa. The episode is called, “Tonight you become a man”---where a character supposedly becomes an adult by realizing Santa and Jesus are just myths.

Second, the Muslim prime minister of Pakistan, Imran Khan, claimed that there is “no mention of Jesus in history.” Khan’s view that Jesus is not a historical figure puts him out of step with  Mohammed, who believed that “Prophet Jesus” (as he would have called him) was historical. (It’s also worth noting that Khan was born on October 5, 1952---that is to say, 1952 years after the reported birth of Jesus.)

But what about this matter of Jesus and history? Is Jesus Christ a verifiable historical figure, using the criteria that historians use, or not?

Will Durant, the great non-Christian historian who wrote the series, The Story of Civilization, noted in his third volume, Caesar and Christ (1944), that if the criteria by which some philosophers claim Jesus didn’t really exist as a historical person were used consistently, then we’d have to throw out noteworthy historical figures, such as Hammurabi or King David by that same criteria.

Durant, a respected historian, had no such doubts as to Jesus’ real existence as a person.

Last year, I interviewed Dr. Mike Licona, a Christian scholar, apologist, and debater of skeptics. He teaches at Houston Baptist University. We discussed: Did Jesus exist?

He told me that no reputable historian holds the position questioning that Jesus existed as a man. Indeed, consider the historical evidence.

Of course, there are many Christian sources that testify to Jesus’ existence, such as His apostles like Peter, John, Matthew, and Andrew. There was also the implacable enemy of the Christian Church, Saul of Tarsus, who once dedicated his life to uprooting the fledgling faith. He became converted after having met the risen Jesus on the road to Damascus. He was transformed into the Apostle Paul, an implacable promoter of faith in Christ Jesus, as he often called Him---that is, Messiah Jesus.

Most of these historical sources not only testified that Jesus was real; they were martyred because they refused to deny Him. This was Someone they saw with their own eyes and heard with their own ears.

Of course, these Christian historical sources are biased. But that doesn’t mean they are to be discounted as historical sources. Nonetheless, other sources from the first and second centuries that speak of Jesus of Nazareth abound.

I once interviewed Dr. John Dominic Crossan, a skeptic of Jesus, who was a key leader of the Jesus Seminar, a group of liberal theologians which sat in judgment on many of the sayings of Jesus as found in the Gospels.

Crossan is certainly a skeptic of core Christian teachings about Jesus, but even he affirms that  Jesus was a historical figure. He told me: “We do know that Jesus existed from both Tacitus, at the beginning of the second century, a pagan historian, and Josephus at the end of the first century.” This is all the more noteworthy, he added, in that Jesus was not a part of the “aristocratic ruling class” and would, therefore, generally, not be mentioned in the history books.

Dr. Gary Habermas of Liberty University is the author of more than 40 books on the historical Jesus, about half of which focus on His resurrection from the dead.

Habermas once told me: “Actually, the life of Jesus is recorded in whole or in part, different segments, in about 20 different non-Christian sources, archaeological or historical, outside the New Testament. Now, most of these are little snippets, a sentence here, a paragraph there; but you put them altogether and there’s approximately 60-65 facts concerning the life, death, resurrection, teachings of Jesus in the earliest church. You can get an outline of his life and never touch the New Testament.”

In addition, Habermas lists multiple sources from Christian writers who are not in the New Testament from the same time frame. They would include Clement of Rome, Diognetus, Aristedes, Papias, Barnabas, Polycarp, Ignatius, Melito of Sardis, Quadratus, and Justin Martyr.

By first century standards, this is terrific documentation.

Anybody can make any claim they want, but neither the TBS producers of “The Guestbook” nor the prime minister of Pakistan have a historical leg to stand on when they deny the existence of the historical Jesus.