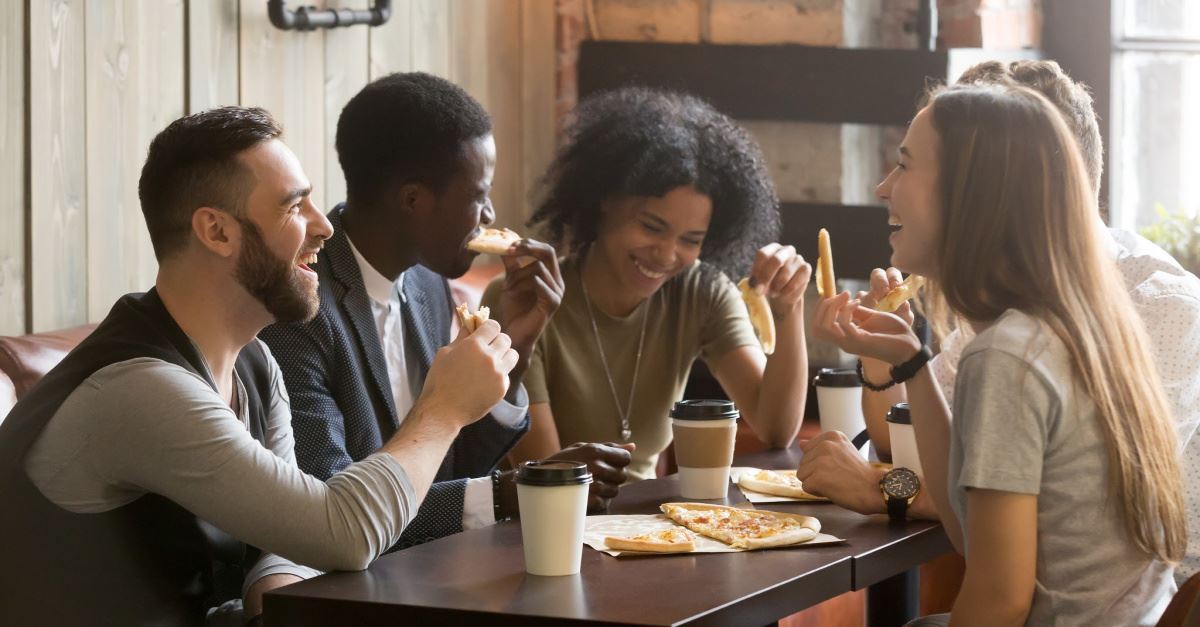 (RNS) — A former colleague got in touch this week to ask me a question I’ve heard often since my book The Next Mormons was published earlier this year. He understands the problems we’re all facing with religious retention in America; now he would like to be pointed to solutions, especially for millennials and Generation Z.

What ideas or practices are actually “working to mitigate or reverse those trends,” and is there solid research about what can help?

His timing is excellent, because this week I interviewed David Kinnaman, who is the president of the Christian research firm Barna Group and the co-author of two prior studies, “You Lost Me” and “UnChristian,” that have been extremely helpful in diagnosing the religious disaffection of younger Americans.

Kinnaman’s new book, “Faith for Exiles,” co-authored with pastor and consultant Mark Matlock, takes some of Barna’s previous research and turns it around: it focuses not on the characteristics and views of those who have left their churches but of those who have stayed.

First, the bad news. In the years that Barna has been tracking young Christians’ engagement with their faith, retention has gotten worse. In 2011, 59% of young Americans who grew up Christian had stopped attending their churches, but less than a decade later that has inched upward to 64%, or nearly two-thirds.

And in another trend, the percentage who no longer identify as Christian at all — they’ve not only stopped attending church but say they don’t believe — has doubled in that time, from 11% to 22%. “That corresponds with a trend in our GenZ work where atheism has doubled,” says Kinnaman.

The rest of “Faith for Exiles” takes a glass-half-full approach, however, and focuses attention on the most committed disciples.

According to Barna’s research, 10% of young adults who grew up at least nominally Christian are not only still claiming that identity today but engaging in a warm and vibrant faith that informs their daily decisions. Kinnaman calls these the “Resilient Disciples.”

He also calls them “exiles,” but exile here is actually positive. What the Resilient Disciples are exiled from is the frenetic consumerism and selfishness of American culture in the 21st century. In an image that crops up periodically throughout the book, they are akin to the Bible’s Daniel and his friends trying to live out their faith in a foreign environment.

The book calls our own environment “digital Babylon,” and it is very different from the “Jerusalem” that American Christians used to inhabit.

Resilient Disciples are caught between cultures but are navigating that dilemma with their faith “firmly planted in the real world.” In fact, Kinnaman says this group actually thrives more in the hostile environment — and that there is a biblical precedent for this crucible effect.

“In the Bible,” he says, “there are times when the people of God who are the center of the story in the Scriptures are also at the center of society, like when David was king. And whether they’re doing good or not, there’s a shared central narrative about how society is supposed to work. But the majority of Christian Scriptures are written from and to and about exiles, which means that they’re dealing with the tensions that we’re seeing today.”

As America shifts from a predominantly Christian identity to a “post-Christian or even post-faith identity,” more Christians will have to learn how to live “with that one foot in and one foot out,” like Daniel.

With that in mind, “Faith for Exiles” highlights five ways churches have created the best possible contexts for teenagers and young adults to flourish, based on characteristics that Resilient Disciples seem to share.

They Focus on Personal Intimacy with Jesus

According to the book, America’s fixation with individualism has eroded Christians’ primary identity as children of God. Churches that push back on “Brand Jesus,” emphasize regular devotional habits and make heartfelt worship a priority are doing better than those that seek to entertain.

“This generation has a really high sense that they’ve been marketed to death,” Kinnaman writes. “They have a high regard for authenticity. So the first thing to ask is: what’s really going on inside? Just because people are assenting or attending doesn’t mean they’ve made a deep emotional connection to God.”

They Educate with a Purpose

“For faith to be resilient or sticky, it has to connect with the mind,” Kinnaman explains. “The learning reformation is so important.” That doesn’t just mean limiting screen time, but exposing young people to the deep, challenging reflections of other Christians. It also means preparing Christians for the world as it actually is, instead of pining for Jerusalem and the good old days.

To succeed with that, the book argues that Christians need to rethink the mentality that bigger is better. The best learning environments might happen in small groups and outside of the church building, in people’s homes.

This is an age when rising numbers of young people report feeling anxious and isolated. It’s also an era when traditional sources of authority have less appeal — including churches, which have been scrutinized for their various sex scandals and resistance to social change. The institution of “the church” is not automatically persuasive to today’s young adults.

What is convincing is relationship. In Barna’s research, Resilient Disciples were significantly more likely than other respondents to say that they had adult friends in their congregations when they were young. That pattern of close relationships continues with them today: 88% agree that “the church is a place where I feel I belong,” and 85% that “there is someone in my life who encourages me to grow spiritually.”

Meaningful relationships are founded on congregations being honest about when things aren’t working at church and listening to young adults about their doubts and questions. One success story in the book is of a youth group in which the pastor spent a year not planning activities or programs and instead just listened to youth, with no topic off the table. The group began to grow through these frank discussions, and most of its members are still active Christians today, in their late 20s.

They Train Young Adults about Vocation

The research shows that young adults are keenly interested in how their faith might be relevant to their work. More than 90% of Resilient Disciples want to use their unique talents to honor God, and nearly that number say God designs each person with a unique calling for their lives. Yet churches often let them down by not helping them to discern their calling, or vocation.

Baby Boomers unwittingly contribute to this by slapping down young people’s ambitions and pounding the drum of their own generation’s pay-your-dues philosophy or criticizing young adults for being “entitled” if they crave meaningful work beyond a paycheck.

Churches that are doing well with young people help them to discover what God created them to do in life and give them tools to succeed at it. Because many young adults are delaying marriage and children, most spend their 20s focusing on work. This is an opportunity for churches to teach about “vocational discipleship,” which is approaching work through the lens of an active, growing faith.

“Living differently from cultural norms is a change worth making,” says Kinnaman. Resilient Disciples “expect that God is real and will answer prayer” and are committed to serving others, even in a me-first society.

Churches that encourage young Christians to bless the lives of others and “take epic risks” to live out their faith — whether that’s in the form of a mission trip to the other side of the world or simply offering a gentle pushback to today’s pervasive “you be you” mentality — are making a connection. As well, churches that not only encourage young people to confess their sins but are willing to confess their sins to young people offer what the book calls “realistic hope.”

Kinnaman feels that despite the small percentage of young adults who are in the Resilient Disciple category, “the future’s in good hands when it comes to the resilient faith of the next generation of Christians.”