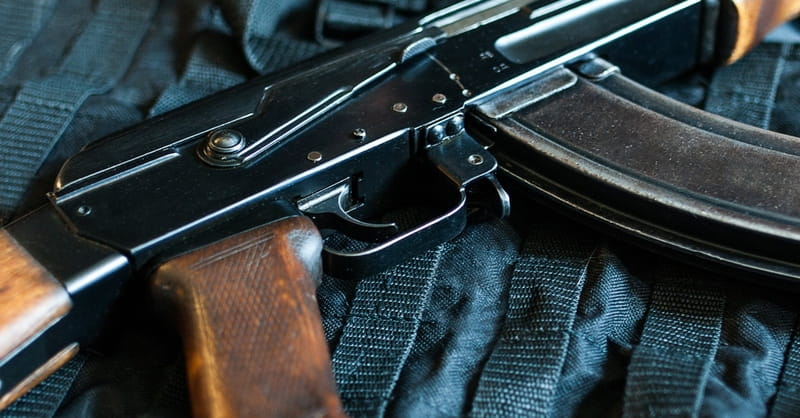 For millennia, the ability to interpret hieroglyphics had been lost to the ages. So when Jean-Francois Champollion decoded the Rosetta Stone it was a monumental breakthrough. Since then, a “Rosetta Stone” has come to refer to anything that offers a roadmap for understanding the undecipherable.

Today’s political landscape is rife with puzzles and paradoxes in desperate need of Rosetta Stones. The one that I want to discuss is this: Why are we so profoundly incapable of having a reasonable dialogue about guns? National Review writer David French describes the “conversation” as hopelessly polarized. It’s as if, he laments, we are coming from entirely different worlds when processing events like the massacre that took place in Orlando.

The basic facts of that incident are not in dispute: A self-professed ISIS jihadist indiscriminately slaughtered dozens of innocent people at a gay nightclub, literally pledging his loyalty to ISIS via a phone call to a 9-1-1 dispatcher as he was committing the atrocity. Seeing this, conservatives generally zeroed in on the evil of the perpetrator and addressed the broader war on terror. Viewing the same facts, leftist commentators and pundits invariably settled on a narrative driven by a fixation on “America’s gun culture,” a narrow focus on stricter gun control, and blanket calls for “tolerance” of the “LGBTQ” agenda by conservatives and Christians.

It is no wonder that David French refers to the liberal reaction to this and other similar incidents as a “bizarro morality.” The level of disconnect has been truly mind-boggling.

Fortunately, in our quest to comprehend the incomprehensible, we have a Rosetta Stone in the form of Jonathan Haidt’s book, “The Righteous Mind.” Haidt’s moral-foundations theory is an extraordinary body of work that is meticulously empirical and thoroughly cross-cultural (agree or disagree this how Haidt defines his terms). In a nutshell: liberals’ moral reasoning rests almost exclusively on the left-most of six moral pillars. Liberal moral cognitions are triggered by indications of suffering and injustice. The conservative moral matrix couldn’t be more different. While it is somewhat biased toward the right-most moral pillars, conservatives clearly demonstrate a relatively balanced concern for all six.

The implications of this difference are far-reaching. Liberals seek to establish “justice” for those they view as harmed, but with essentially no concern for other moral foundations. Conservative moral thinking is “advantaged” in the sense that it is likewise prompted by indications of suffering but also by threats to foundational societal principles and institutions.

Haidt puts this “conservative advantage” to the test—literally. The test (page 287 in the book) involved asking hundreds of subjects to guess how people in the opposite camp would respond to political/moral questions. The result? Conservatives describe the liberal morality far more accurately than liberals describe conservative morality. The most dramatic errors in the entire experiment came when “very liberal” respondents were asked to empathize with conservatives around the care/harm pillar.

In short, conservatives can relate to liberals but the converse is not true. And there may not be a better example of this than the “gun conversation” going in in America right now. Consider the typical liberal triggers and conclusions in responding to the Orlando massacre: For liberals, the culprit is not radical Islam but the NRA; the victimization and suffering easily justify challenging the Second Amendment, which either doesn’t actually guarantee the individual right to bear arms or was meant only to account for flintlock rifles and the like.

But what about those who believe that individual liberty and the right to self-defense are foundational? What about people who accept 200-plus years of Supreme Court rulings and several state constitutions and agree that the Second Amendment self-evidently guarantees the individual right to bear arms? What animates them after Orlando is the same grief, shock, and revulsion that liberals experience. They feel a similar desire to find ways to prevent and limit the deadliness of such occurrences. But what’s almost literally a world apart is that they want to accomplish this without undermining the individual’s liberty—the right to self-defense or the right to bear arms.

Free Download! Start your 4th of July holiday the right way—with President Calvin Coolidge and his historic address “The Inspiration of the Declaration.” Click here to learn more.

Free Download! Start your 4th of July holiday the right way—with President Calvin Coolidge and his historic address “The Inspiration of the Declaration.” Click here to learn more.

From a moral-foundations perspective, left and right almost couldn’t be more polarized than they are on this issue. Conservatives can process the liberal concern for gun violence and the suffering it causes. But liberals literally cannot understand how someone could share that value while also having the slightest concern for Second Amendment rights.

Put differently, the conservative worldview is a system of morality that liberals simply can’t compute. It’s a prism that liberals can’t and won’t accept as even falling into the category of legitimate moral thinking. Thus, conservative beliefs and the people that harbor them can be readily demonized and easily marginalized.

Although we can now read hieroglyphics, we still don’t know why or even how the Egyptians built the pyramids. Similarly, while “The Righteous Mind” elegantly explains why the gun “conversation” in America is so utterly hopeless, it doesn’t offer a solution.

Maybe there isn’t one.

But if it occurs to you that every time you try to have a civil discourse with a liberal about guns, you end up spending the entire time just convincing that person that your mainstream views are not insane, at least now you know why.

Dr. R.B.A. Di Muccio is a guest commentator for The Center for Vision & Values at Grove City College. A former assistant professor and chair of the international relations program in the Political Science Department at the University of Florida, he is now vice president of research and advisory services for a global business advisory firm. He received his Ph.D. in international relations from the University of Southern California.